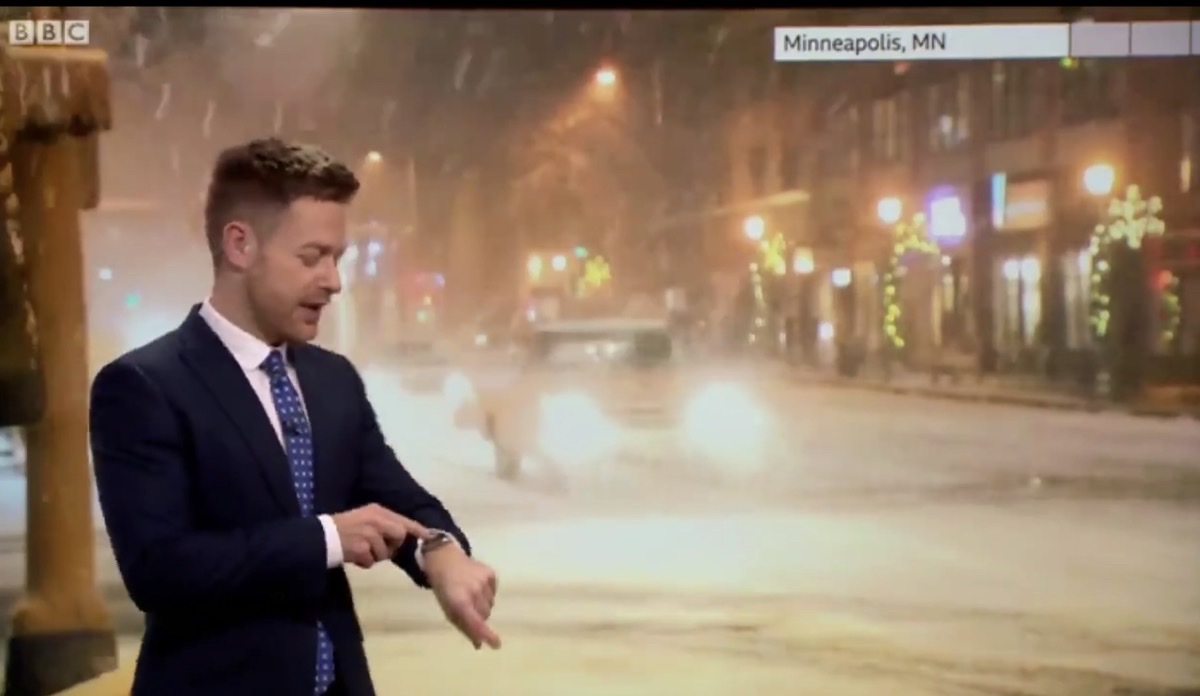 In a weather forecast on BBC News, the presenter was wearing an Apple Watch. Siri on his Apple Watch automatically turned on, to contradict the weather report.

First spotted by Mashable, and posted by BBC Weather Twitter account, meteorologist Tomasz Schafernaker was sharing a weather forecast for snowfall in Minneapolis and Denver in the United States. Although Tomasz said that there will be snow, Siri somehow said that there is no snow in the forecast. This caused a light-hearted moment between the weather presenter and the newscaster. Tomasz defends Siri’s contradictory weather report by saying that it might not know the right location.

Siri has a habit of producing humorous situations. When Siri is not intentionally activated through the keyword ‘Hey Siri’ or by long-pressing the Digital Crown, but it still turns on, it is called a false trigger. This is something Apple also acknowledges, and works on continuously to reduce its occurrence.

Apple Watch allows Siri activation in a number of ways. You can press and hold the Digital Crown, or just move your wrist up and say “Hey Siri”. In Apple Watch Series 3 or later, you just need to raise your wrist and start talking to Siri, you don’t even need to say “Hey Siri” to activate it. Apple calls this feature ‘Raise To Speak’.

Tomasz was moving his hands a lot when presenting the weather forecast. At the 0:02 mark in the video, you can see that he raises his wrist, which must have activated Siri. If you want to avoid a similar situation, you can go to the Watch app on your iPhone, go to Siri and disable ‘Raise to Speak’. Alternatively, if you use Siri a lot, you can keep it enabled, but also enable Listen to “Hey Siri”, so that your Apple Watch waits for you to say it before activating Siri. This will reduce the number of false triggers.

It’s funny that people are usually heard complaining about Siri and how it lags behind Google Assistant and Amazon Alexa. Siri definitely listens to what we say, even if it doesn’t have the right answer sometimes.