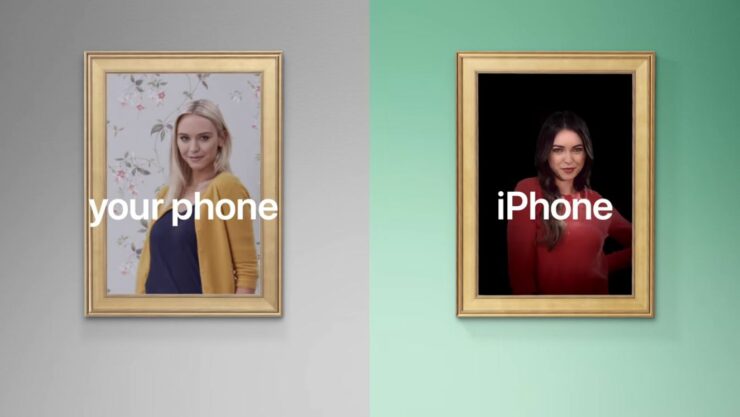 iOS and Android war has existed for a long time. While some users would prefer iOS over Android and vice versa, companies have always been keen to convince users to make the shift. Similarly, Apple's new promotion ads shared encourages Android users to shift to the iPhone. In its "Life's easier on iPhone" Apple has shared two new ads which are no more than 15 seconds each. So let's dive in to see some more details on the matter.

The company's first ad centers the App Store and is titled simply as "App Store". It focuses on the superior safety of apps on iOS. The apps are curated by human editors to protect against malicious apps, whereby, making them more reliable and secure. The ad is embedded below, so do take a look.

Apple's attempts to encourage users to shift to iPhone started quite a while ago and earlier this year, Apple shared several short videos to lure Android users into making the shift. Users who are aiming to make the shift should definitely check out the "Switch" website where there are plenty more videos like these. The website also provides answers to really simple questions like if it would be easier for Android users to move to iOS and much more.

The whole point of these ads and videos is to make potential customers aware of the new iPhone features and how it is easier to move to the phone. There are several videos sharing and comparing details of the shiny new features like Portrait Mode, Face ID, iMessage and much more.

Apple also developed a "Move to iOS" app that allowed Android users to quickly move to iOS. As we have mentioned earlier, the attempts gain more users continue to roar amidst new releases. There will be more to the story, so be sure to stay tuned in for more details.

This is all for now, folks. What are your thoughts on the new ads published by Apple? Are you willing to make a shift to iPhone? Share your views with us in the comments section below.