The world of e-commerce has really pushed the boundaries over the past few years, and along with super-efficient shipping times, companies like Amazon have looked to offer such wonders as same-day delivery. Now, thanks to Postmates, the Apple Store app will have your order of a new Mac or iPad sent to you within hours of ordering, provided that you reside in the San Francisco Bay Area. 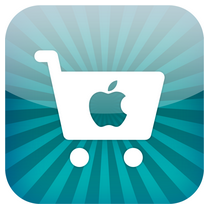 If you're not up to speed with Postmates, it's a company that has found a niche for delivering any and every kind of product to your door in a timely manner. From McDonald's to Starbucks, one can have all manner of items sent to them through the Postmates service--including, before now, Apple products.

For, yes--Postmates has been delivering Apple goodies to customers for a while now. But the fact that Apple has baked one-day delivery into the Apple Store app just adds to the convenience of it all.

The downside, however, is that you'll need to live in the San Francisco Bay Area to take advantage, and also, your local store will need to stock whatever product it is you're after. If not, you'll have to stick with ordering online or going to pick your shopping up like most others, although hopefully, same-day delivery will expand across the United States and beyond in the near future.

If you meet the requirements for this new delivery service, you'll see an option when purchasing that says: "Delivers Today within x hours." According to Engadget, the waiting time could be anywhere between one and four hours, but that's still not an eternity, and is considerably easier than having to go to an Apple Retail Store and pick it up yourself.

There is, as you would expect, a fee for all this. But if you're not the patient type, it seems a worthwhile premium to stump up, and given the prices of some of Apple's top-end hardware, what's a few extra bucks when you're potentially spending thousands?

Apple has yet to officially unveil the service yet, but the guys at MacRumors have already used the express order service, and their delivery driver noted that the one-day system is in play as of today.

This is the latest in a series of updates and improvements that the Apple Store app has seen lately. Just a few days ago, the app was expanded to a slew of new countries, including Turkey, Brazil, Mexico, Singapore, New Zealand and the United Arab Emirates, and belatedly, Apple also added Touch ID support and two-factor verification.

Would you like to see same-day delivery reach your location? Or is an overnight wait part of the excitement of ordering a new gadget?

(Source: TechCrunch via Engadget and MacRumors)