Apple is embracing social media with the introduction of dedicated twitter accounts for its various services. Followed by Apple Music and the recently launched account for general tips and tricks, the company has now launched a new  Apple News Twitter account to promote News stories. Technically, Apple did not launch a new account. The account was introduced last year, but it remained absolute silent until recently. 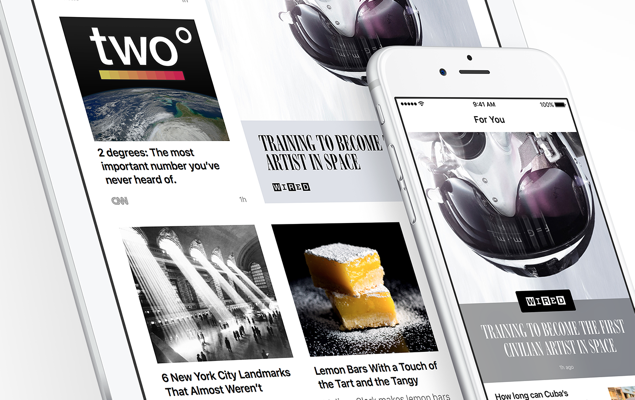 Moreover, at the time of publication, Apple posted four separate tweets. The first was an introductory tweet that promoted the launch of the feed. Earlier today, the Apple News Twitter account shared tweets that promoted curated stories.

Follow us here for top stories & great reads from your favorite publishers, curated by our U.S. editors. pic.twitter.com/eLyGKZHVMl

Apple's editorial team will tweet only hand-picked stories rather than sharing each and every story posted on the Apple News platform. The Apple News account is followed by the company's team of executives along with other support accounts of Apple. The page's bio reads, “Follow us here for top stories and great reads from your favorite publishers, curated by our U.S. editors."

Since curation is the name of the game, Apple News will tweet posts that it thinks are worthy. Clearly, the Apple News support account on Twitter will highlight important or major news worthy content. The selection of stories will remain personal to the company's team of editors. Not tweeting every single story makes sense as it would clog users with Apple News promotion content. This would ultimately incarnate the dedicated account as a subsidiary to the Apple News platform. Henceforth, cherry-picked curated content is a viable option.

Watch Villanova fans’ epic reactions to the ending of the #NationalChampionship game, via @SBNationhttps://t.co/Lk0pbXptWS

The Apple News is available in the United States, United Kingdom and Australia. The dedicated app comes pre-installed on the iPhone, iPad, iPod Touch and does not require any downloads and installs if you're residing in the aforesaid regions. The app will be available to those running iOS 9 and above on their devices. Recently, Apple rolled out the iOS 9.3 update that had quite a lot in store for the Apple News including video playback of video stories, landscape orientation on iPhone, changing text size, gesture controls to swipe into new stories and a new Top Stories section in the For You tab.

It's clear how the company is raising its social media presence through the introduction of dedicated support accounts. Lately, Apple launched a general tips and tricks account, which to-date is adhering to high volumes of replies. As for now, what are your thoughts on a dedicated account for Apple News? Share your thoughts in the comments.