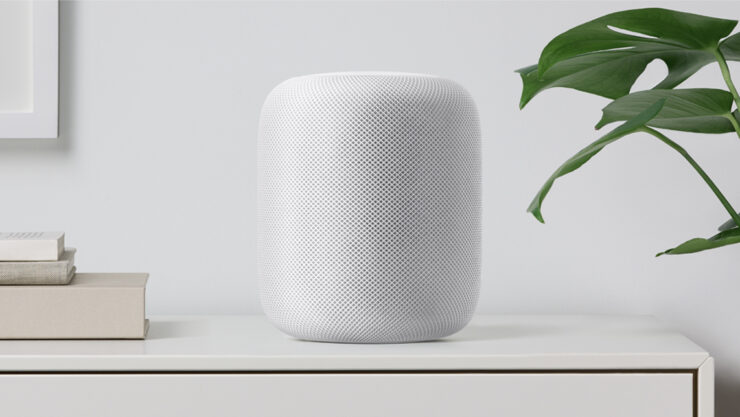 Primarily, the HomePod smart speaker will be controlled via Siri, but tapping on the top will add a number of features which can be controlled via gestures for playback controls. The top portion of the speaker will respond to different types of taps and gestures. The operation is pretty similar to what the company offers in its AirPods. However, a number of gestures for playback controls will be quite similar to how they function on the EarPods. Apple.com reads:

Tap the top of HomePod to play, pause, skip a song, or adjust the volume. Touch and hold the top to talk to Siri. You’ll know Siri is listening by the LED waveform that animates with your every word.

To be precise, HomePod will add three tap gestures:

As we have already come across the details on the HomePod in the earlier days, the smart speaker will invoke Siri with a single touch and hold gesture. The gesture will be an alternative to the 'Hey Siri' phrase to initiate the virtual assistant.

Apart from this, the smart speaker form the iPhone-maker will also show volume controls when a song is being played with a - or + buttons. The buttons would allow you to increase or decrease the volume of the music being played. As detailed by Apple, the speaker will also allow you to handle phone calls. This is something we have not come across in the earlier days. With that said, it does not look like the HomePod will be able to make or receive phone calls. However, you would have the option available to transfer the calls from the iPhone using Handoff.

Use HomePod to send messages using just your voice. And when you receive a text, Siri can read it to you. For hands-free conversations, start or receive a call on your iPhone and hand it off to HomePod.

There will be more to the story so be sure to stay tuned in for more details. Apple's smart speaker is launching on February 9 and available for order from Friday. Are you planning on getting one? Share your views in the comments.