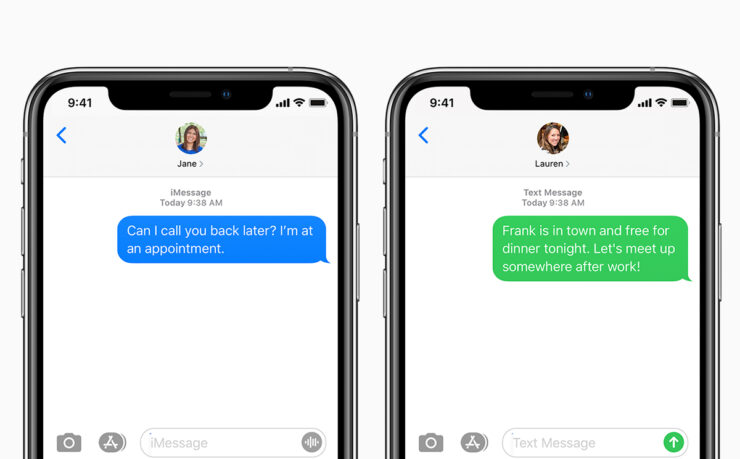 There have been a repeated number of attempts to bring Apple’s iMessage over to the Android camp, but all efforts have been in vain. The company itself is not intending to port the feature to millions of smartphone users and just recently, Epic’s lawsuit against Apple details that the reason this has been done is to keep the ecosystem and users locked in.

Epic and Apple had filed documents ahead of their forthcoming trial. Epic’s lawyers later questioned Apple about not bringing iMessage to Android. The game developer claims this move was done to keep iPhone users locked in. Apple executive Eddy Cue testified that Apple could have made iMessage for Android with the intention of bringing cross-compatibility to the table, but it was not to be. Given below is a court filing where Apple employees such as Phil Schiller and Craig Federighi were against bringing the service to Android.

58. Apple has recognized the power that iMessage has to attract and keep users within its ecosystem.

b. Mr. Cue testified that Apple “could have made a version on Android that worked with iOS” such that there would “have been cross-compatibility with the iOS platform so that users of both platforms would have been able to exchange messages with one another seamlessly”. (Cue Dep. 92:5-9; 92:11-16.)

c. However, Craig Federighi, Apple’s Senior Vice President of Software Engineering and the executive in charge of iOS, feared that “iMessage on Android would simply serve to remove [an] obstacle to iPhone families giving their kids Android phones”. (PX407, at ‘122.)

d. Phil Schiller, an Apple executive in charge of the App Store, agreed that Apple should not offer iMessage on Android devices. (Cue Dep. 92:18-93:1.)

e. In 2016, when a former Apple employee commented that “the #1 most difficult [reason] to leave the Apple universe app is iMessage . . . iMessage amounts to serious lock-in” to the Apple ecosystem, Mr. Schiller commented that “moving iMessage to Android will hurt us more than help us, this email illustrates why”. (PX416, at ‘610; Cue Dep. 114:14-115:2.)

After reading these statements, it can be assumed that Apple’s decision to keep iMessage limited to iPhones was a strategic move rather than one kept to prevent any harm. This could help strengthen Epic’s case that Apple employs unfair business practices towards developers, but it is not against the law. We should not expect iMessage to arrive for Android any time soon either, just in case you were looking for a modicum of hope.

Do you believe that iMessage should remain limited to iPhone users? Tell us down in the comments.