You heard it right [yeah go on Apple fans, it is time for you to party]. Apple was responsible for the online sales of approximately 99.4% of all app sales in 2009. Games remained top of the slot while mobile shopping, social networking, utilities and tools followed. A huge estimated market of nearly $5.0 billion in 2009, Apple remains the king of apps for the second year running.

The huge lead came primarily through the launch of iPhone 3G and 3GS, which ensured that customer would take full advantage of integrated Apple Online iStore and give the developers a chance to earn exceptional amount of money. Gartner Research shared the data recently showing the exceptional growth of app market and Apple's share in it. 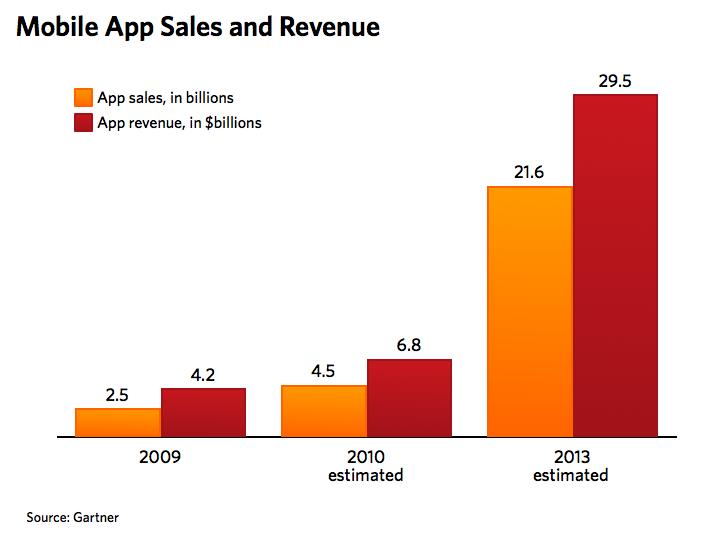 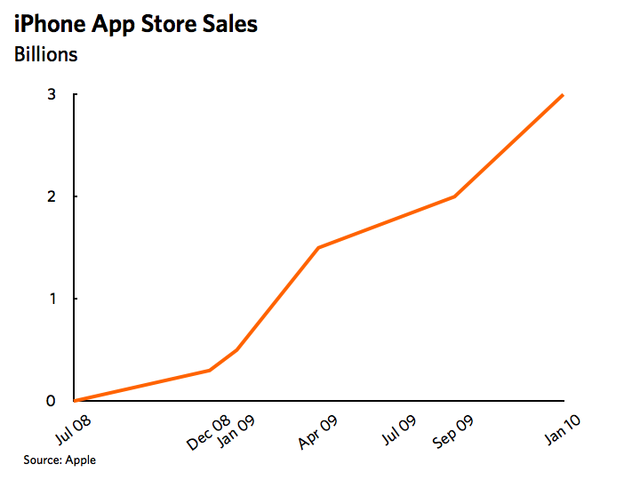 Apple has moved (free and paid) nearly 2.5 Billion apps in the last year making it the largest distributor of mobile / cellular apps in the world. Of the billions of dollars earned, Apple gets about $1.3 billion and remaining goes to the developers, which is roughly about over $4.0 billion. The entire app market is expected to grow, according to Gartner, to be over $20 billion by 2013.