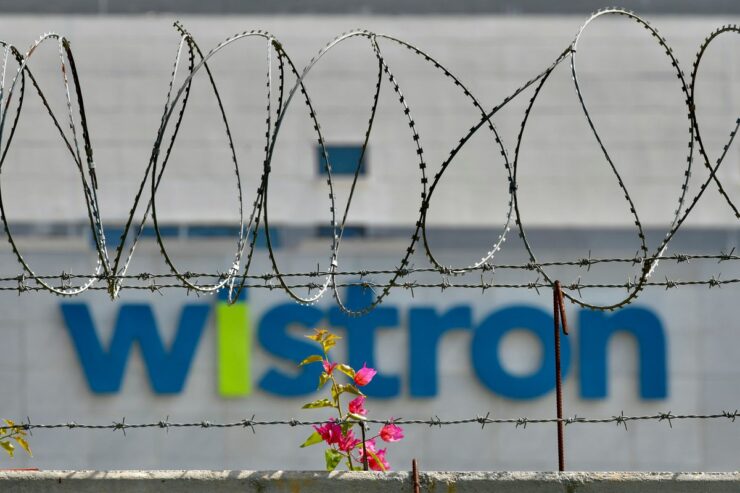 A difficult road lies ahead for iPhone assembler Wistron. After failing to control a wage-related worker riot, Apple has put its supply chain partner on probation until the matter can be resolved. Apple mentions that it is thoroughly disappointed with what transpired and wants the situation to be rectified with immediate effect.

To bring you up to speed on why Wistron is put on probation, it all started because of a riot at a production facility in Narasapura, India. Naturally, there was a hefty loss that had to be burdened due to the riot. Shortly after it was found that Wistron had broken labor laws, Apple decided to put the iPhone assembler on probation.

In a nutshell, it means that Wistron won’t receive any more orders from the technology giant until the problem has been rectified. Wistron’s activities and progress will, of course, be monitored by Apple and its independent auditors, so depending on Wistron’s reliability, we should see improved results in the future. The iPhone assembler even mentioned that it was restructuring its teams. This started with the removal of the Vice President overseeing the operations in India.

Losing a lucrative client such as Apple will certainly take a financial toll on Wistron, so it’s paramount it takes the necessary action to do what’s right or risk losing out on more business.

If you wish to check out the entire statement from the Hindustan Times, it’s provided below.

“Apple employees and independent auditors hired by Apple have been working around the clock to investigate the issues which occurred at Wistron’s Narasapura facility. While these investigations are ongoing, our preliminary findings indicate violations of our Supplier Code of Conduct by failing to implement proper working hour management processes. This led to payment delays for some workers in October and November.

As always, our focus is on making sure everyone in our supply chain is protected and treated with dignity and respect. We are very disappointed and taking immediate steps to address these issues. Wistron has taken disciplinary action and is restructuring their recruitment and payroll teams in Narasapura. They have also set up an employee assistance program and a 24-hour grievance hotline in Kannada, Telugu, Tamil, Hindi, and English to ensure all workers at the facility can voice any concerns, anonymously.

We have placed Wistron on probation and they will not receive any new business from Apple before they complete corrective actions. Apple employees, along with independent auditors, will monitor their progress. Our main objective is to make sure all the workers are treated with dignity and respect, and fully compensated promptly.”