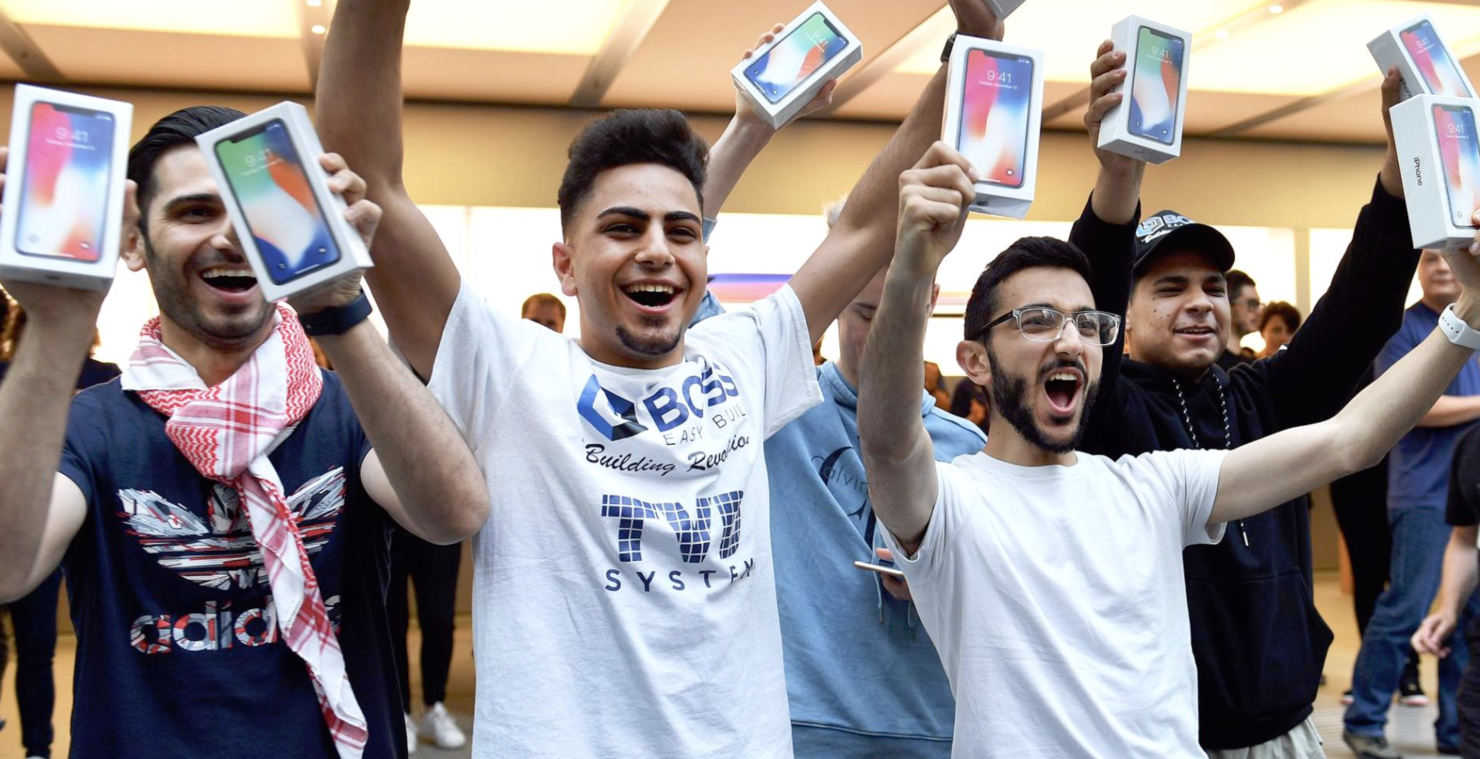 Cupertino tech giant Apple Inc's (NASDAQ:AAPL) heavy dependence on the Asian supply chain and premium products has made it the perfect target for the storm of disruption ushered in by the coronavirus. Apple's supply chain in China received its biggest shock in years early this year as COVID-19 reared its head first in the East Asian country. Then, as the rate of infections started to grow in Europe and North America, foot traffic drops in the company's stores naturally hurt sales in its biggest markets.

Now, in a fresh survey, analysts at Piper Sandler have raised their price target Apple Inc, factoring in a 15% upside from yesterday's close which results in a new target price of $300/share. The boost comes on the heels of the iPhone's popularity amongst teenagers in the United States and the subsequent optimism about a 'solid 5G base' in the coming years.

The results of Sandler's latest survey show that the iPhone has picked up in popularity amongst teens, with the intent of ownership (a belief that the next smartphone will be an Apple device) being the highest over the past six years. As reduced economic output stemming from virus-related economic shutdowns hurts consumer purchasing power, whispers in the media have suggested that there are folks who prefer Apple delay the launch of its 5G iPhone 12 (purported classification) to a time when its customers have more to spend.

Piper Sandler's Taking Stock With Teens survey hints that perhaps such worries are unneeded, as 88% of the 5,200 teenagers surveyed by the research agency intend to buy an iPhone in the future, and 85% of the sample already own the device. Senior Research Analyst Harsh Kumar believes that the difference between the two metrics serves as an important plus point for Apple heading into what he believes will kick off a "significant product cycle refresh".

The figures also suggest that the iPhone's market share grew in teenagers this spring, as 83% the total respondents reported owning one in Piper's survey made last year. Apple, it seems, is growing in popularity amongst the youth; a fact also highlighted by the Apple Watch and AirPods  Pro's popularity.

The average income of the teenagers surveyed is $3,900/person, with an average household income at $65,600/household/Piper Sandler

Apple Watch ownership amongst teens is now at the highest point since the product's launch, after 31% of the survey participants reported owning the gadget this spring, as opposed to 27% of the sample who reported ownership in fall last year. Apple, as a brand, gained in popularity amongst teenagers too, taking away points from Rolex.

39% of the participants surveyed would prefer to own a Rolex, and in a plus point for Apple, this percentage dropped from 42% reported throughout 2019. Following the drop, the Cupertino tech giant has gained 500 basis points (5%) in popularity amongst teenagers since Fall 2019, and 800 basis points (8%) since Spring last year, making it the second most popular watch manufacturer in the sample surveyed.

Yet, this growth comes with a caveat not witnessed amongst participants' iPhone-related preferences. As opposed to 88% of the teens aiming to own an iPhone in the future, only 17% of them also wish to purchase an Apple Watch. This intent has dropped by six percent since fall and by roughly seven percent since spring. However, in a breather for Apple, 84% of all participants also surveyed have no interest in making a watch purchase, with the number increasing from 2019 and perhaps reflecting current economic uncertainty.

Piper Sandler, for its part, is optimistic about Apple's share price, evidenced by its 15% upside. Apple's stock closed at a price of $259/share yesterday, is up to $260 in pre-market trading, with Sandler suggesting that positive intent witnessed for the iPhone in teenagers carries with it the potential to grow Apple's market share.