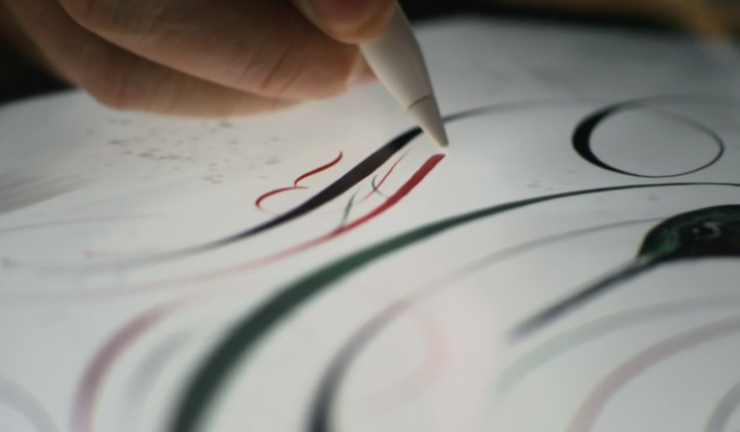 The Apple Pencil was released alongside the gigantic 12.9-inch iPad Pro. Since then, the accessory had assisted many artists and designers in fulfilling their work needs. However, Apple does not rest on a single product for a long time, upgrading it with additional features to increase its utility. Now, Apple has filed a patent, published by the United States Patent and Trademark Office, that indicates certain changes and support for the next generation Magic Trackpad. Let's see what the Apple Pencil patent has to offer. 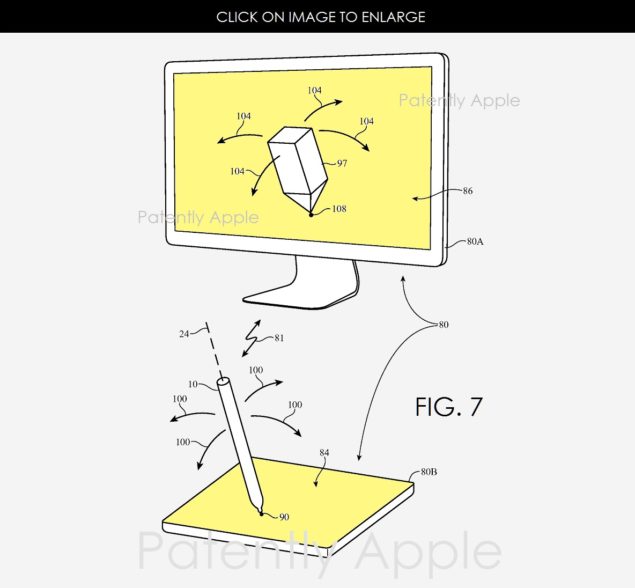 The patent describes the Apple Pencil as a ''Stylus'' and also mentions that it can also be used as a joystick to play games. This can be achieved by integrating the ''stylus'' with a three and six axis sensor.

The inertial sensor allows the stylus to operate as a joystick, a rotational controller, or other input devices in addition to serving as a touch sensor input device. For example, on-screen content may be rotated, tilted, or otherwise manipulated using rotational controller and joystick input from the inertial sensor as noted below in patent FIG. 7 below in conjunction with a next-gen version of Apple’s Magic Trackpad.

The patent application also mentions that the Apple Pencil can be used in GarageBand to create different types of music. It will act as a drum stick by using the motion data received from the Apple Pencil. Other than this, the same mechanism will be used to make the Pencil a gong beater and other instruments.

This is not a new patent by Apple as it was filed back in Q4 of 2014. It's not like Apple will hold its patent forever because judging by the past trends, the company has indeed turned some of its patents into reality. So it might not be long enough for the new Apple Pencil with additional features to make a debut.

This is it for now, folks. What do you think about this Apple Pencil patent? Do you think using the Apple Pencil as a joystick to play games is a good idea? Let us know in the comments.