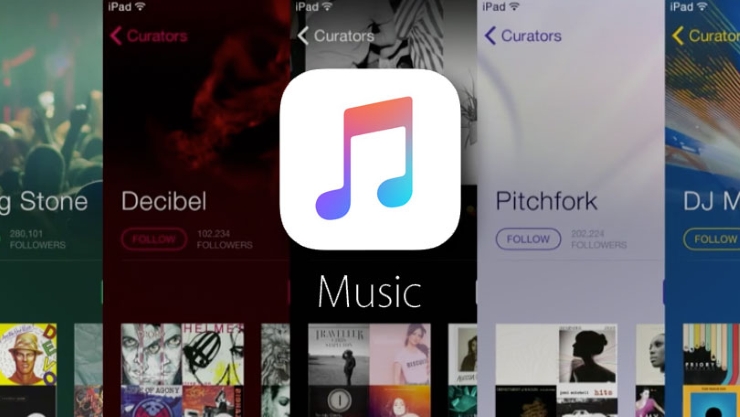 Apple Music is available on just about every platform that exists, with the notable exception of a web browser. That changes today, as a beta version of the streaming service is now available on the web. It is similar to the Apple Music app in all respects and has the "For You," "Browse," and Radio" sections, along with playlists and recommendations, as it is on the Mac version of the streaming service. 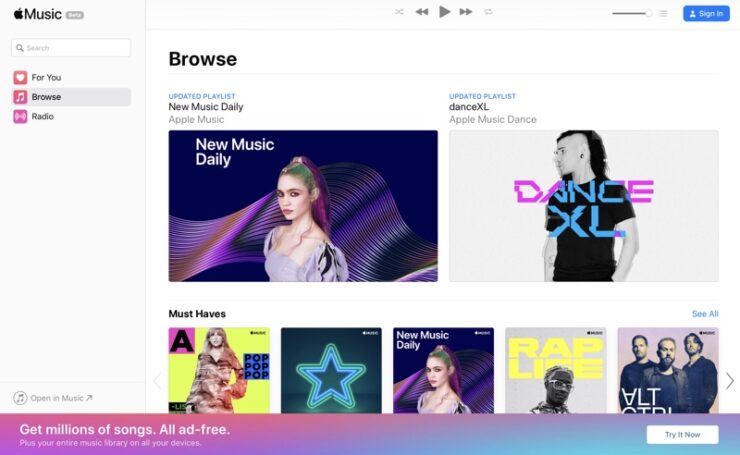 If you're already a subscriber, sign in, and you'll be taken to the same feed that you see on your other clients. Apple is even offering free trials for new users, but for some reason, there isn't an option to sign up for the service anywhere, meaning that you'll have to register yourself on the service via another method (Android App, iOS, Mac App, etc.) Apple says that this will be possible at a later date, presumably after the beta program ends.

I was unable to proceed due to the lack of an existing Apple Music subscription, and the only thing the client let me do was preview tracks. The behavior appears to be in line with how Apple Music works when someone isn't signed in. However, other core features such as searching and playing songs from the Apple Music catalog, searching and playing songs from your library (if Sync Library is enabled), accessing your playlists and more will be available for existing users. Other features will roll out over time as the service is further developed.

Cross-platform availability is key for any music streaming platform to succeed and it's good to see Apple trying to push Apple Music to as many platforms as possible. It is now accessible on any device that has a web browser, including Windows 10, Linux, and ChromeOS machines. This should come as good news especially for Linux users who are often left in the lurch due to, well, them being on Linux. If you want to give the service a try, head over to this link.