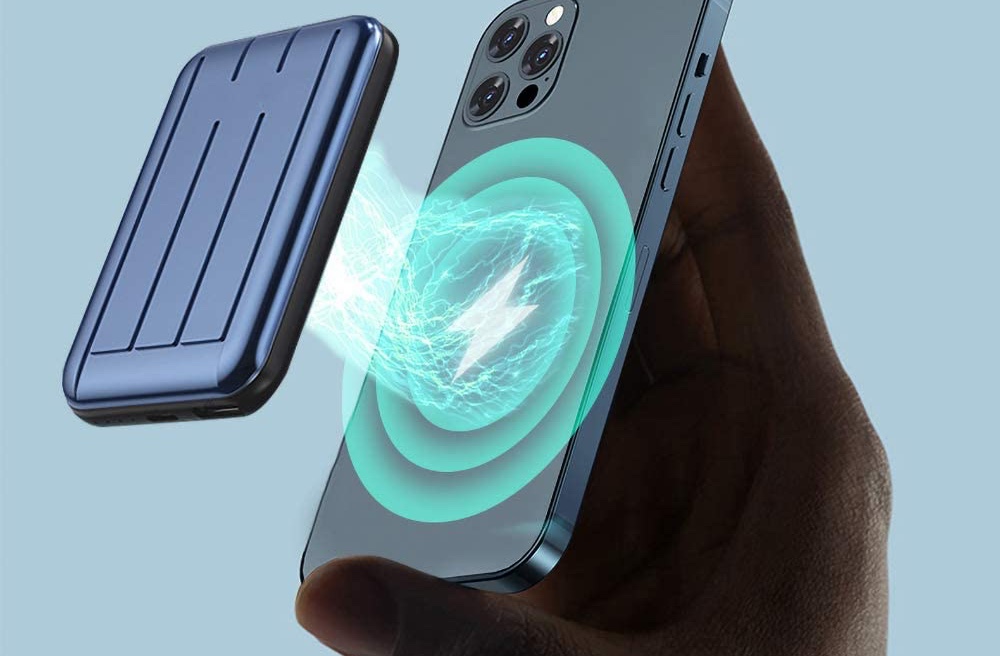 Apple’s recently released iOS 14.5 beta 2 has revealed some interesting information related to a MagSafe power bank the company is working on.

iOS 14.5 beta 2 was released to developers a while back and we’re already starting to see some interesting bits of information regarding stuff Apple is working on in the background. Apparently, the Cupertino giant is working on a power bank that attaches to the iPhone 12 magnetically and has built-in smart features that holds power at 90% on the iPhone in order to maintain ‘battery efficiency,’ according to Steve Moser on Twitter.

New ‘Mobile Charge Mode’ in iOS 14.5 beta 2 for an as-yet-unannounced ‘Battery Pack’ and not a case presumedly because it uses MagSafe for charging iPhone 12 devices. Also interestingly it keeps your iPhone charged to 90% for ‘battery efficiency’. https://t.co/CPZXkBXkEc pic.twitter.com/jHHrrz4Qir

This is actually a very, very big development. Given that Apple has always released the Smart Battery Case for iPhones since the past few years, it will be interesting to see if Apple is actually doing away with that in favor of a power bank which you can remove without much hassle, all thanks to MagSafe.

A MagSafe power bank makes perfect sense too if Apple wants to sell the MagSafe ecosystem to iPhone 12 buyers. A battery pack that simply latches on to the back of your phone and can easily be removed when not needed? Where do we even sign up for this?

At the same time, there are tons of questions that need answering. For example, a wired connection is a far more efficient way of charging anything. Bring wireless charging into the play and you suddenly lose energy in the form of heat, ultimately leading to inefficiency. Has this upcoming accessory figured all the inefficiency issues out?

It’s rumored that Apple will be holding a small event next month in order to announce a bunch of new products including a new and upgraded iPad Pro. There is a chance that Apple could showcase the MagSafe power bank to buyers during that event. But given there’s no rumor about its existence apart from a mention in the code of iOS 14.5 beta 2, things are looking curious.

We will keep you updated as we hear more about this accessory in the coming days, so stay tuned.