Apple Had A Factory In The US Once, Here’s How It Looked 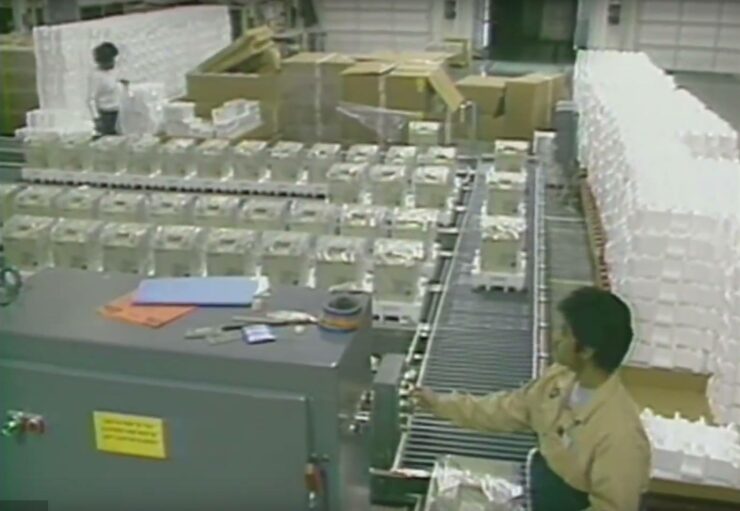 A big debate during the Trump presidency revolves around American companies outsourcing their manufacturing. Bringing back production to the US is easier said than done, as companies have built complex international supply chain networks. However, it wasn't always like this. Late Apple co-founder Steve Jobs had several mentors throughout his life. One influence on Jobs was Sony's founder Akio Morita.

Apple's former CEO was also known for his fondness of Japanese manufacturing and tried to emulate it for the company in the 1980s. Now, as the Cupertino tech giant is desperate for growth and innovation from the company has once again come to a standstill, we found it relevant to take a look at a time when the company tried to manufacture products in the US. So, take a look below if you're interested.

Flashback: When Apple Manufactured The Macintosh In Fremont, California

Steve Jobs' fascination with the discipline that he witnessed in Japan led him to try and emulate this in a manufacturing plant for the Macintosh in 1984 in Fremont, California. However, things did not turn out as planned, and Jobs' insistence on the tiniest bit of detail led to impractical ideas. For instance (as reported by Walter Isaacson), a high-precision machine in the plant was dubbed as ''Steve's folly'', when he ordered it to be painted bright blue, and as a result, it started to malfunction due to the repainting.

“Steve had deep convictions about Japanese manufacturing processes. The Japanese were heralded as wizards of manufacturing. The idea was to create a factory with just-in-time delivery of zero-defect parts. It wasn’t great for business," according to an engineer who worked at the plant during its early days. Apple's late co-founder often failed to accomplish practicalities such as delivery schedules owing to his demand of controlling outcomes to the bare minimum.

"I’d go out to the factory, and I’d put on a white glove to check for dust. I’d find it everywhere—on machines, on the tops of the racks, on the floor. And I’d ask Debi* to get it cleaned. I told her I thought we should be able to eat off the floor of the factory. Well, this drove Debi up the wall. She didn’t understand why. And I couldn’t articulate it back then. See, I’d been very influenced by what I’d seen in Japan. Part of what I greatly admired there—and part of what we were lacking in our factory—was a sense of teamwork and discipline. If we didn’t have the discipline to keep that place spotless, then we weren’t going to have the discipline to keep all these machines running." - Steve Jobs to Walter Isaacson

However, the factory was forced to shut down only six years later, as Apple failed to keep up with market expectations for the Mac. For his part, Jobs wouldn't try his hand at imitating Japanese manufacturing again. In fact, Apple's production and supply chain management would be left to an Auburn graduate in charge of Compaq's operations and with 12 years of experience at IBM.

Tim Cook would go on to become Apple's CEO after Jobs' death, and describe his decision to work for Apple as 'listening to his intuition.' As the iPhone reaches maturity, and Apple struggles to live up to its former reputation, maybe Mr. Cook will find his intuition once again. One thing's for sure, Apple isn't the same company when he or Mr. Jobs took over the reins.