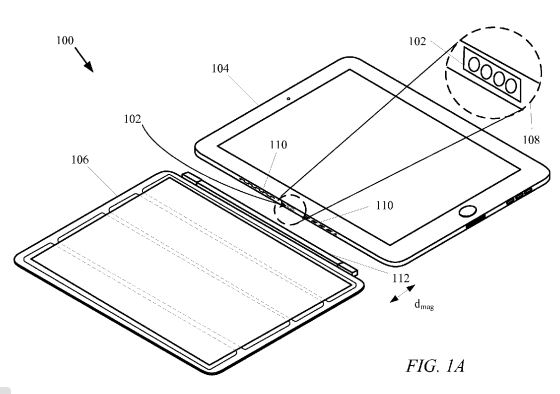 The 12.9-inch iPad Pro debuted quite a while back and its smaller 9.7-inch variant was introduced at Apple's iPhone SE media event in March. While these iPad Pros might not be for everybody, they pack some serious features for artists. With that said, Apple has now been granted a patent on a smart cover, which is significantly more smarter than the existing one. The patent holds some interesting features that will make the iPad Pro an even better device to play on.

The patent illustrations also show a smart connectors by which it will be connected to the iPad Pro. Moreover, it can also be seen that the display on the smart cover can also be used as a trackpad. This means that navigating on a bigger screen real-estate would be easier. 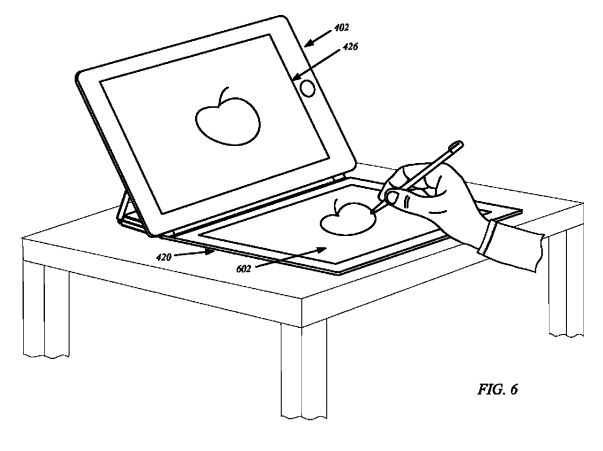 Another accessory for the iPad Pro is the Apple Pencil that comes to aid in drawing various kinds of illustrations, art and more with acute precision. We can see another illustration in the patent that shows an Apple Pencil-like stylus being used on the secondary display of the cover. What this means is that the display would not only display basic information, but can be used for drawing purposes as well. So technically, the display on the smart cover will act as a sketchpad for users to draw on using their Apple Pencil.

The patent was filed in 2011, that states that Apple's is moving in the right direction, given that most of the technology used in patents have become part of the current devices. The patent of a smart cover with a secondary display was granted to Apple by the United States Patent and Trademark Office today. There is no news for when Apple might finally introduce the final product, however, it's just a matter of time when Apple incorporates its support for the iPad Pro.