Today, Apple took center stage to announce the new iPhone 13 series, Apple Watch Series 7, iPad mini 6, and a lot more. The company also released a new version of the MagSafe Wallet which now comes with support for Find My network and five new color options to choose from. Scroll down to read more details on the matter.

As mentioned earlier, Apple has released a new version of the MagSafe Wallet that now comes with support for Find My integration. The new MagSafe Wallet works more or less the same way as your AirTag. It will give you the location where it was separated from your iPhone in the Find My app.

Designed with both style and function in mind, the new iPhone Leather Wallet with MagSafe is the perfect way to keep your ID and credit cards close at hand. It now supports Find My, so you can be notified of your wallet's last known location if it gets separated from your phone.

Apart from the new color options, the MagSafe Wallets are made from tanned European leather. It can still contain up to three cards at a time, so nothing has changed when it comes to size and capacity. In addition, the new Wallet is compatible with your iPhone 12 series as well as the new iPhone 13 series. 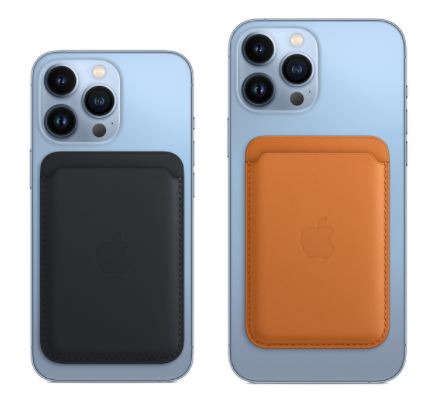 If you are interested in getting it for yourself, the new MagSafe Wallet is available from Apple at $59 in Golden Brown, Dark Cherry, Sequoia Green, Midnight, and Wisteria.

Are you willing to get one for yourself? Let us know in the comments.