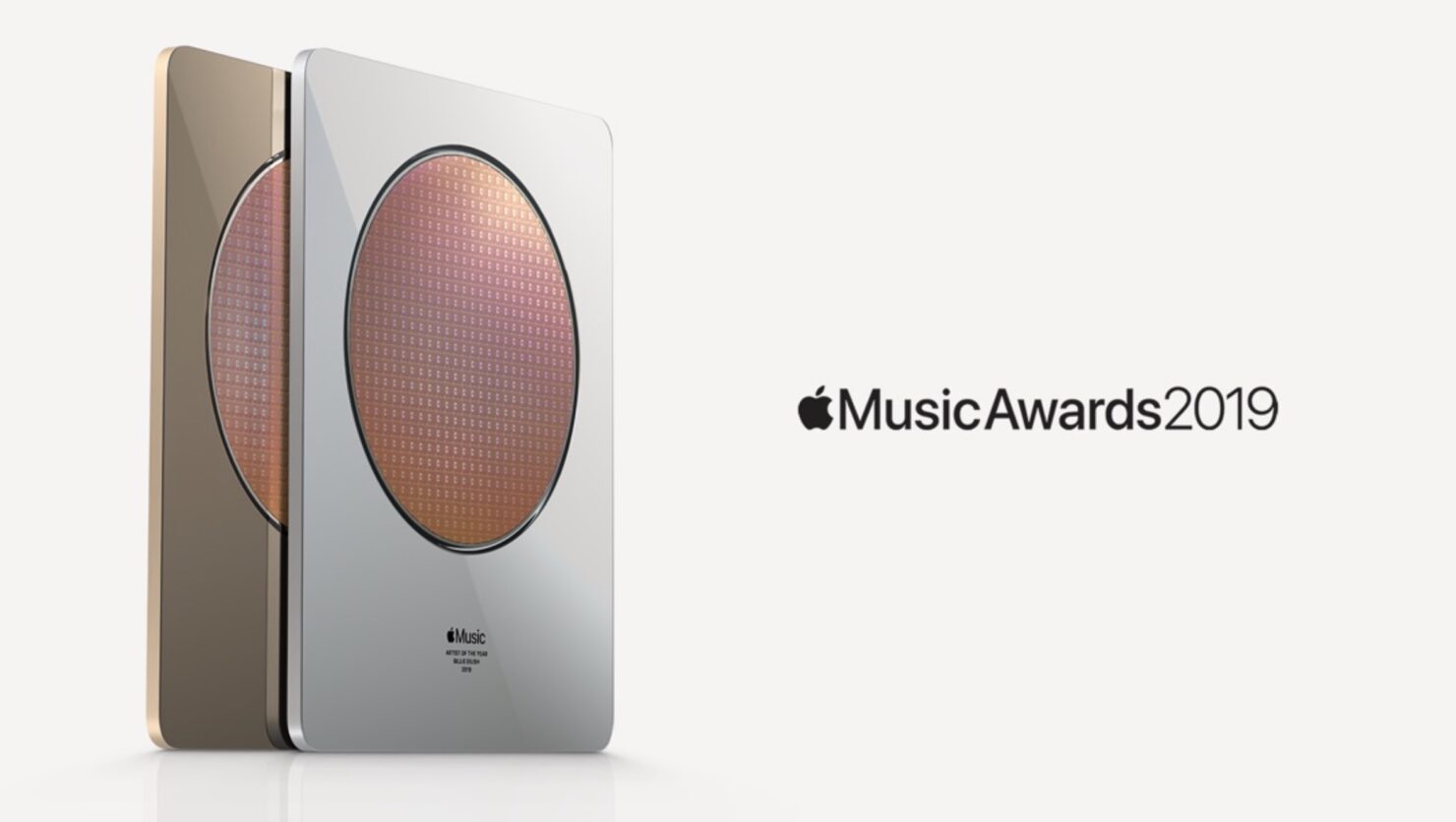 Apple has announced Apple Music Awards to honor the best artists of the year. To commemorate the awards, Billie Eilish will be performing at the Steve Jobs Theater on December 4, 6:30 pm PST. The event will be live-streamed over the Internet.

Here are the winners announced by Apple:

No surprises that Billie Eilish has won most of the top awards due to her breakthrough album. Billie Eilish's performance will be live-streamed through the Apple Music app, on various platforms.

The award designed by Apple is the most 'Apple' award ever. It is made using Apple's custom 12-inch silicon chips with a unique manufacturing process. As per Apple, these awards use the same chips that power the devices that users stream music, as a symbolic gesture. Here is the extraordinary level of detail and effort that go into the creation of each award:

Apple has designed a series of awards to celebrate the extraordinary craftsmanship integral to creating music. Each award features Apple’s custom silicon wafer suspended between a polished sheet of glass and a machined and anodized aluminum body. The wafers start as a perfect 12-inch disc of silicon with nanometer level flatness. Copper layers are deposited and patterned by ultraviolet lithography to create connections between billions of transistors. The result of this multi-month process, before it is sliced into hundreds of individual chips, is stunning and distinctive. In a symbolic gesture, the same chips which power the devices that put the world’s music at your fingertips sit at the very heart of the Apple Music Awards.

This is one Apple hardware that cannot be bought, but only earned. 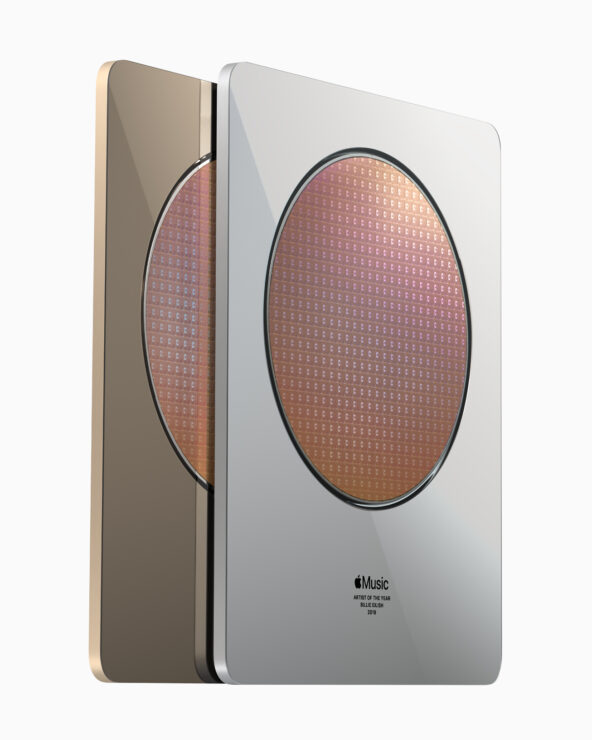