We have all heard each company claiming its processor to be the best but who is the real winner here. Apple's A4 & ARM Cortex A8 has been powering up the iPhone iPad & iPhone 3GS and has won many accolades during its stay (to date). On the other hand Qualcomm has come up with Snapdragon QSD8250, a 1.0 GHz CPU which is powering up pretty much all the latest HTC phones and have made its way into other cell phones as well.

Anand Lal Shimpi of Anandtech.com has done a comparison and benchmarks on both processors and have declared that overall Apple has the lead over Qualcomm when it comes to processing power. I feel that the tests and benchmarks were limited and were heavily influenced towards Apple as both were tested on separate operating systems and have different codes written specifically for enhancing the performance of the CPU. Given the true environment, I think we might see a closer match. 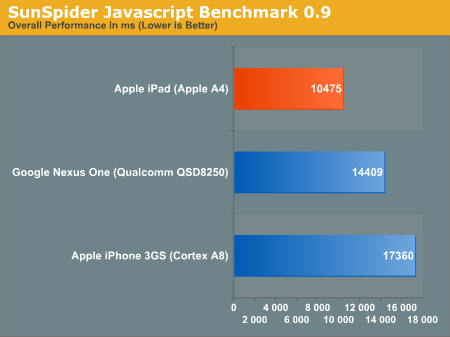