Apple has one of the most advanced wireless modem chip to support LTE for the time being. However, in the coming year, Apple is said to adopt LTE chips from Intel rather than Qualcomm which might be shipped in the iPhones. Reports from VentureBeat along with other sources who are familiar with Apple's internal plans claims that the iPhones next year would be using LTE chip by Intel and specifically the 7360 LTE modem. The 7360 LTE modem features up to 450Mbps downlink and supports 29 LTE bands. Presumably, the iPhone 7 which will be equipped with Intel's LTE will be sold in America's emerging markets. 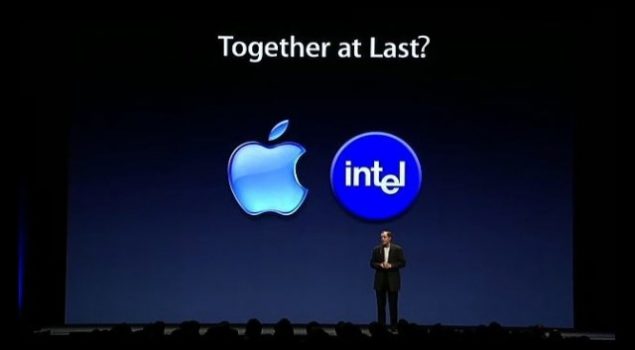 Intel has confirmed the 11th March publications and intends to ship LTE chips by the second half of 2015 which lines up to the time of the next iPhone launch. The report further emphasizes that Apple engineers are consistently travelling to Germany and Munich to consult matters with Intel regarding LTE chips.

“Intel has been gunning hard during the past year for a place in the iPhone and now appears to have succeeded, at least partly. The 7360 chip will ship inside a special version of the iPhone that will be marketed to emerging markets in Asia and Latin America, the sources said.“

Furthermore, the reports says that not all iPhones will be shipped with Intel's LTE chipset. According to Analyst Ben Bajarin, if Apple is going to make this change in its iphone manufacturing then there will not be more than one variant the series. The two separate variants of the iPhone consisting of Qualcomm and Intel's chip set, are not mandatory. ''If they did switch it would be universal. Unless there was IP issues they couldn’t get around,'' said Ben Bajarin.

The report today was not the first that we heard of Apple-Intel partnership concerning modems. Ming-Chi Kuo, KGI Securities analyst had predicted Apple's shift from Qualcomm to Intel in January. Even if the rumors have a little light about Apple shifting to Intel, Qualcomm will face a significant decline in its revenues since its been providing LTE chips to Apple for ages. That's all for now folks, do stick around fo more news and rumors and share your thoughts in the comments.