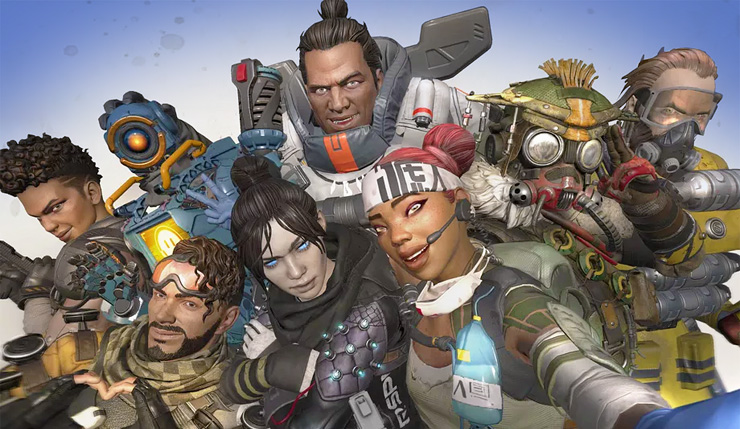 When Apex Legends surprise launched earlier this month, certain clever fans immediately began digging into the game’s code looking for secrets, and they’ve already uncovered quite a few juicy details. We already reported on solo and duos modes likely coming to the game, but now we have info on new legends, modes, the game's Battle Pass, and more!

Let’s start with the upcoming Legends, shall we? Twitter account Apex Legends News & Leaks has uncovered evidence of two new characters – one named Octane, who has some sort of stim pack ability, and Wattson, who can deploy a “Tesla Trap.” We might even have a rough release date for one of the Legends – according to GamingINTEL, Octane is scheduled to hit during Apex Legends’ eighth week, which would place the release somewhere in the late March to early April range.

RUMOUR: Possible New Legends for #ApexLegends. I can't confirm anything as of now. I'll keep you updated with its credibility.

Moving on to modes, Apex Legend Leaks has found evidence of a Survival mode, and a Recruit mode, in which defeating enemies will compel them to join your team.

Recruit mode is if you revive a player instantly become apart of your team. Each teams is 20 player and 3 teams max and the last team alive wins the game!

Finally, GamingINTEL has found evidence Apex Legends’ Season 1 Battle Pass will come in both free and paid versions. Respawn has said the first Season/Battle Pass will kick off in March, but they haven’t confirmed anything about pricing just yet.

Phew! That’s a lot of rumors! How about some more solid information? Apex Legends has just released its second patch, which fixes an Xbox One crash issue and other bugs.