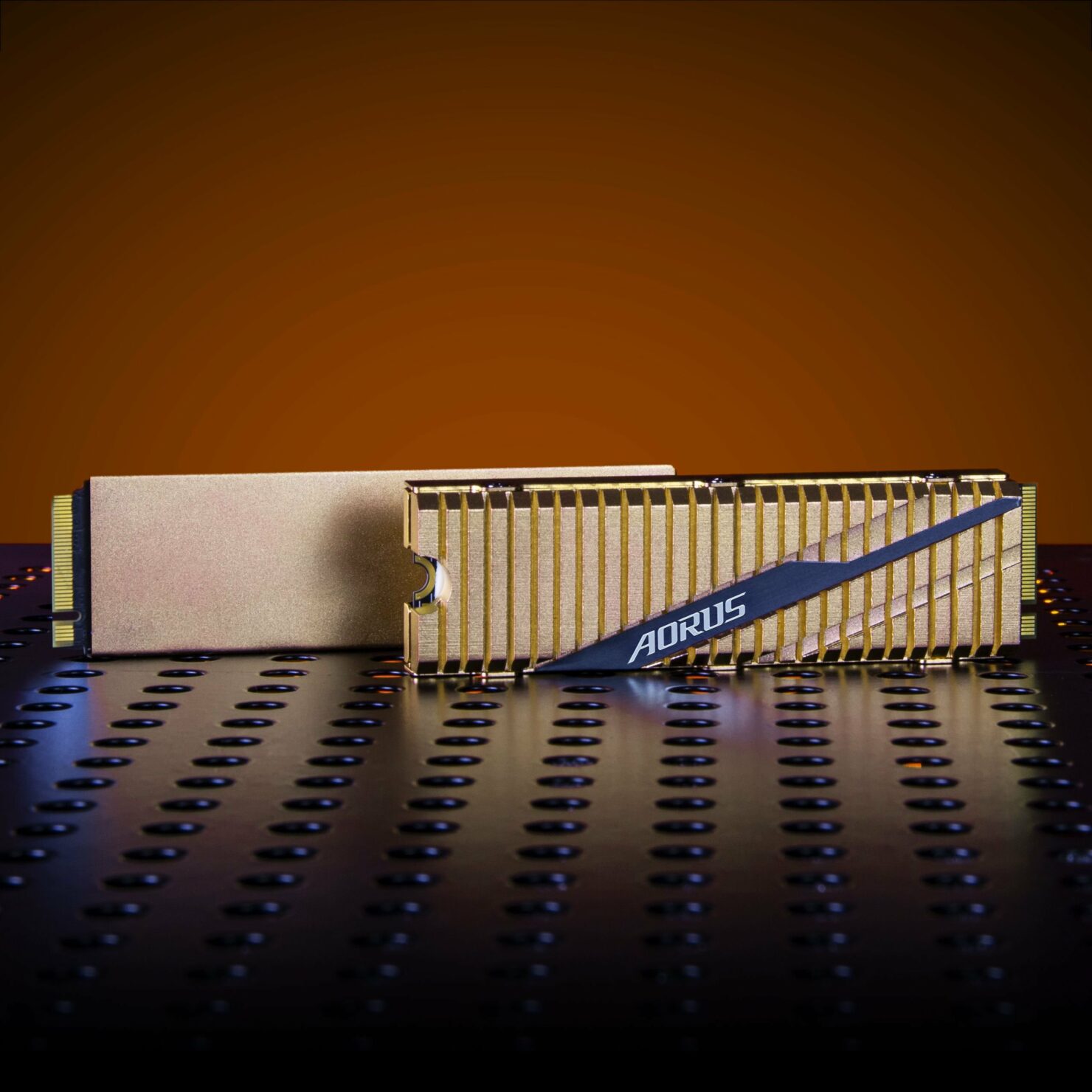 For memory, the NVMe SSD makes use of TOSHIBA BiCS4 (96 Layers) 3D TLC which delivers an effective speed of 800 MT/s. All of that, when combined with the new PCIe Gen 4.0 protocol, can deliver up to 5000 MB/s read and 4400 MB/s write speeds which AORUS claims is a 40% read speed improvement and 30% write speed improvement over PCIe Gen 3 storage devices.

The thing that caught my most attention was the use of a fully copper based heatsink that covers the entire SSD. Usually, NVMe heatsinks cover the front but leave the back of the PCB bare which is where you'd usually find the controller or DRAM chips. That's not the case with the AORUS NVMe Gen 4 as it has a copper fin heatsink on the front and back of the PCB. Also, both sides come with their own thermal conductivity pads allowing for better thermal performance. AORUS also claims that the use of copper delivers 69% better thermal conductivity compared to a standard aluminum based heatsink which effectively results in 14% lower temperatures.

The AORUS NVME Gen 4 SSD is expected to launch soon in 1 TB and 2 TB variants with random reads rated at 750k IOPs and random writes rated at 700k IOPs. We don't know the pricing yet but expect to pay slightly extra for the new Gen 4 devices when they launch.