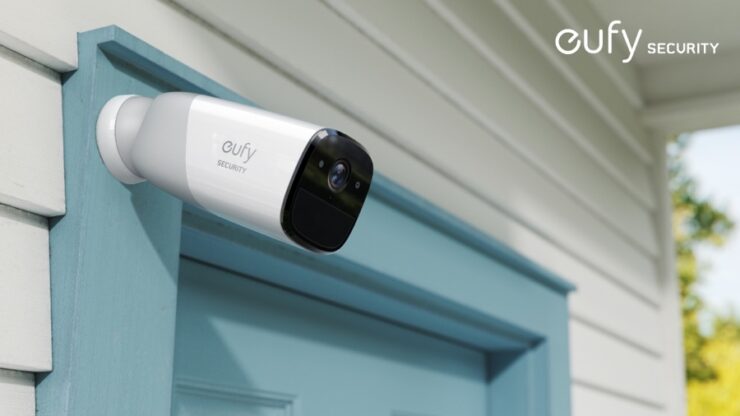 Anker's Eufy arm has announced a new security system called the EverCam with a ton of exciting features for home security enthusiast. Best of all: it's truly wireless.

At this point in time there are a ton of security camera systems available that claim to do one thing or the other. While that's good and all, but EverCam makes everything a whole lot simpler by giving up on cables and pesky mounts altogether if you are looking to cover the indoor or outdoor environment.

See, the EverCam was made with one thing in mind: to be truly wireless. Anker's Eufy has achieved that in a remarkable way by allowing the camera to stick to any metallic surface using magnets. But of course, if you wish to keep things even more robust you can go for a mount that keeps the camera in place using a single screw. That's not the coolest thing though: the camera has a built-in 13,400mAh battery that can keep on recording video for a full year before requiring a charge. That footage is recorded in 1080p with a wide, 140-degrees field of view.

The camera connects to a hub which in turn connects to your WiFi network in order to keep track of the footage. That footage is recorded on a 16GB microSD card that is absolutely encrypted using AES 128-bit. Though 16GB does not sound like much but Eufy claims that is enough for a year's worth of footage and once the storage runs out it will start overwriting the older footage. But of course, if you don't want to overwrite anything at all then you can just pay $2.99 for cloud storage services to keep everything in tact.

Since this is a 'smart' security system therefore you have the option to view a live feed of what's happening straight from the mobile app. Thanks to AI features, the camera does not constantly record everything in order to save storage. The camera is smart enough to start recognizing faces and will send you a notification if a heat source is detected thanks to the built-in infrared sensor. And yes, you can set the camera to kick into action whenever motion is detected. Also, the camera is fully weatherproof with an IP66 rating, which means you can keep it outdoors without worrying about anything.

The Eufy EverCam is currently a Kickstarter project and will hopefully see the light of day soon. A single camera will set you back $299 whereas a pair will cost you $499. It's a little pricey, but the promises here are very, very high. You can head over to this link for more details.