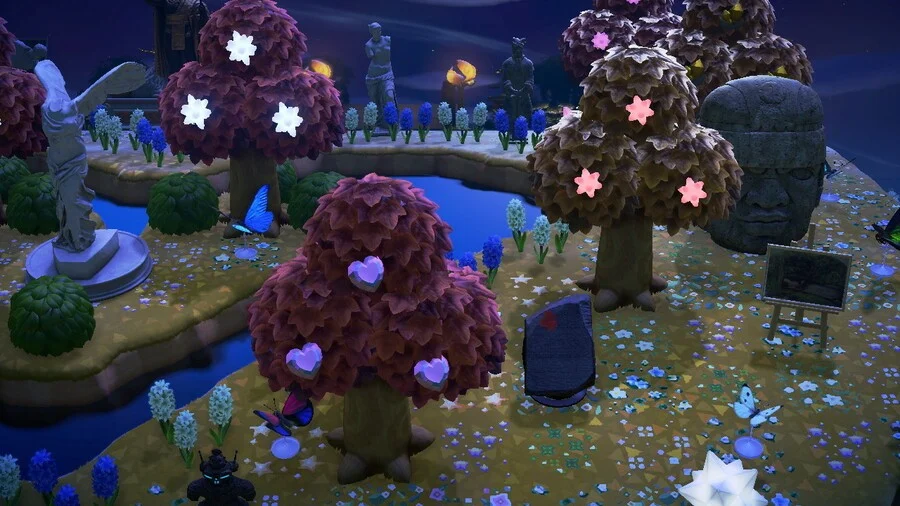 Hacked trees have been around for quite some time now in New Horizons, but the new report player option introduced when exploring Dream Islands following last week’s 1.4.0 update, has likely resulted in Nintendo removing the Star Tree Fragment trees from the game altogether. Apparently, Nintendo began taking down Dream Islands from players with Star Trees following reports from other New Horizons players. Some players are said to have received violation e-mails from Nintendo due to cheating.

As such, players are no longer able to create Star Tree Fragment trees by modifying game saves. In addition, existing Star Trees are transformed into Money Bell trees following the update.

The software has been updated if you see “Ver. 1.4.1” in the upper-right corner of the title screen.

The following issues that occurred in Ver. 1.4.0 have been fixed: