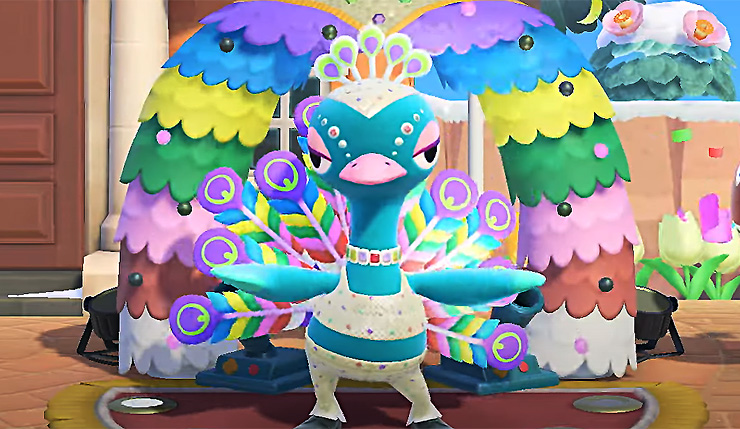 The next big update for Animal Crossing: New Horizons has been revealed, and it seems Nintendo is planning to heat up February. While most of us in the Northern Hemisphere will still be shoveling snow, Animal Crossing will be celebrating Carnival (or “Festivale” in AC world), with the feathery dancer Pavé visiting the island. You can check out a video overview of the February update, below.

Here’s a bit more detail regarding what’s coming in February:

Nintendo has also revealed they’ll be releasing a series of Hello-Kitty-themed amiibo cards, which will unlock new villagers and themed items. The cards will be available exclusively at Target in the U.S. Nintendo has also heavily hinted their next big update in March will be Mario themed.

Animal Crossing: New Horizons is available now on Nintendo Switch. The February “Festivale” update drops on January 28 and the new amiibo cards should be in stores on March 26.