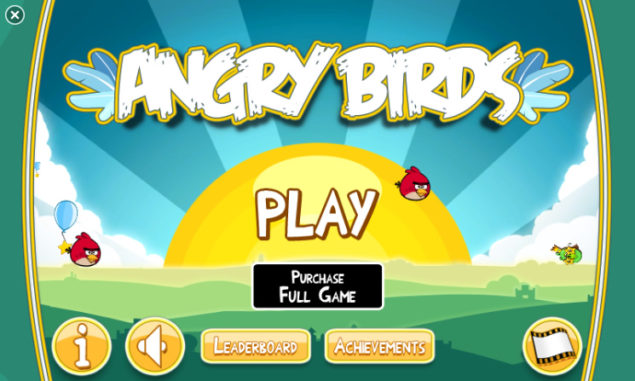 Just as Microsoft and Rovio had promissed earlier this spring, Angry Birds is now finally available in the Windows Phone 7 Marketplace, as a part of the Must Have Summer Games series on Xbox Live. The game's arrival follows a series of legal disputes between Microsoft and the game developer Rovio which began in September 2010.

While the game features fewer number of levels to begin with (165 compared to 255 on iOS), it does add support for Xbox Live Achievements and Leaderboards. The price tag is also different which costs $2.99 compared to the iOS version which costs $0.99 and the Android version which is basically free and ad supported.

Of course the pricing is on par with other Xbox Live games on the Windows Phone which also happen to take the lions share of game purchases on the platform. And just like any other Xbox Live enabled title, there is a free trail available as well (with a limited number of levels of course) which can be upgraded to the full version from within the game.

Does the late arrival and a more expensive price tag justify the purchase? We'll let you guys decide. For us, its just one more ridiculous item off the list of things Windows Phone 7 needed to be at a parity with iOS and Android. And just another milestone for Rovio as it brings its beloved title to a number of new platforms this year including the PC, Chrome OS, and even Facebook.

You can download Angry Birds from with Windows Phone Marketplace (requires Zune Desktop) for $2.99.