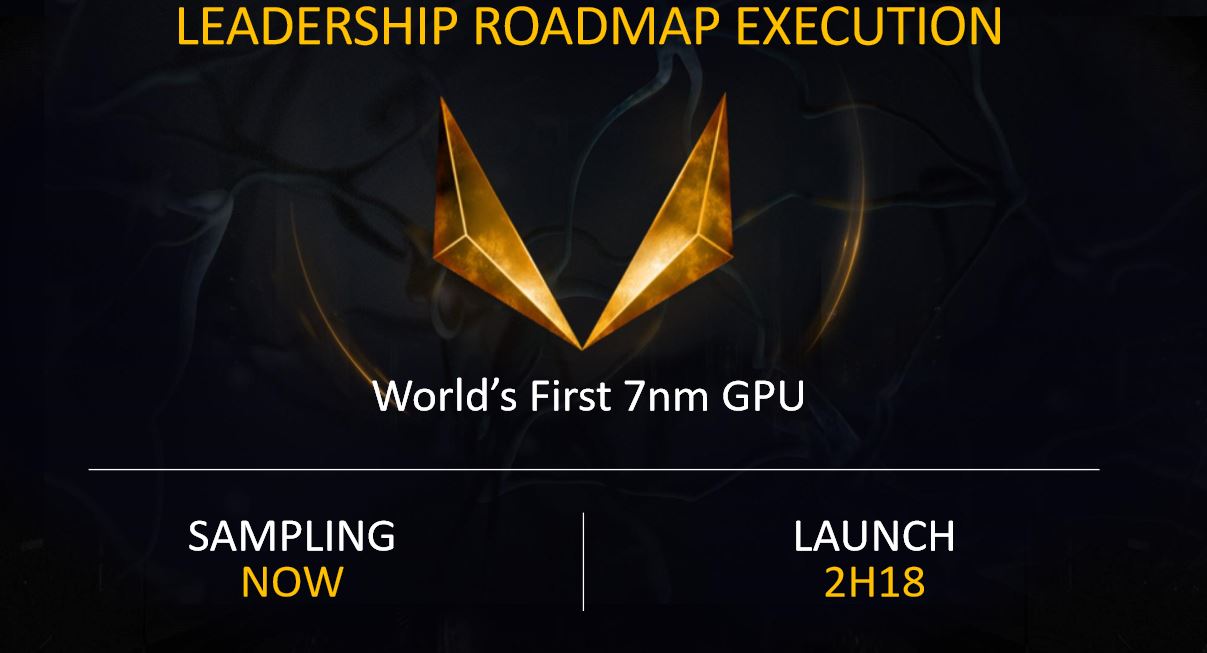 AMD's upcoming Vega 20 GPU was recently spotted (courtesy of Videocardz) in Final Fantasy XV benchmark db and represents one of the first data points we have in how it will fare in gaming. It goes without saying that this is a very very early preview and will almost certainly not be indicative of the final product. This is in all likelihood an early engineering sample so clocks and drivers are expected to improve further as well.

Before we begin, it's worth pointing out that we have no information on whether this is the RX version or not. In fact, as we have reported earlier, we believe AMD will not be rolling out an RX version of their 7nm Vega 20 at all and will instead move directly to the next generation architecture. This is most likely the Instinct variant - which isn't really designed for gaming of course. The PCI-E ID is 66AF:C1 and performs roughly equivalent to a Pascal GeForce GTX 1080. 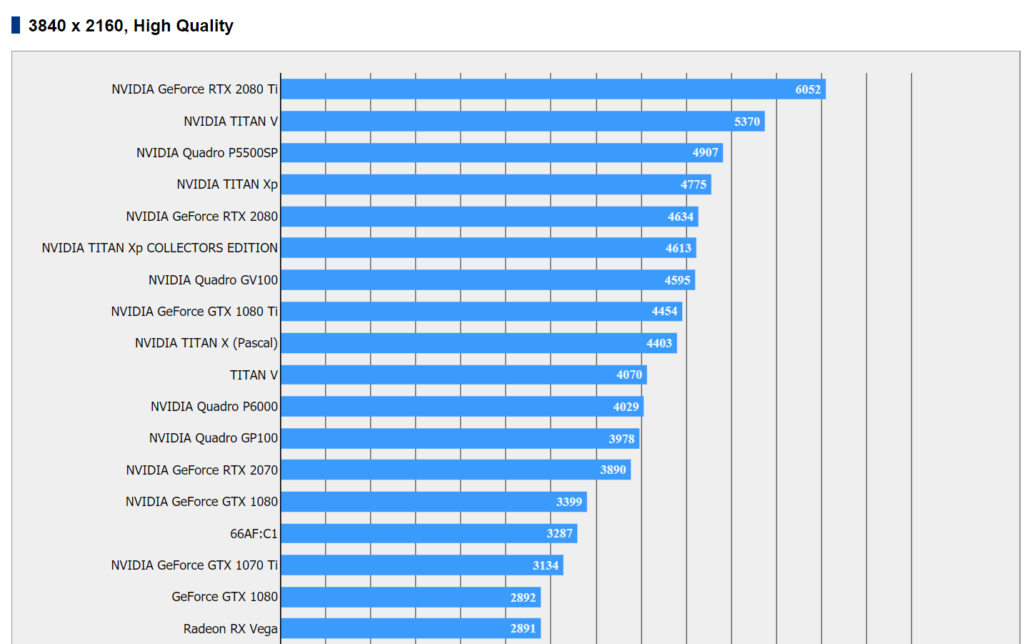 The first benchmarks we have are the 4k High setting, and we see the Vega 20 GPU coming just under the 1080 and slightly higher than the 1070 Ti. This is in line with what you can expect a GPU like Vega 20 to output IF the clock rate is low. Keep in mind, the Vega 20 Instinct GPU is made primarily for professional purposes and is not intended to be used for gaming.

Up next, we have the rest of the benchmarks, for both 1440p and 1080p resolutions and interestingly the AMD Vega 20 GPU retains its position fairly consistently. The device ID confirms that this part is indeed of the Vega 20 family and this leak likely occurred from one of AMD's test labs themselves. Here's an overview of their roadmap and the 7nm Vega:

This roadmap represents a significant change from before which had 12nm Vega shrinks present. It looks like AMD is going to be skipping a beat as far as the GPU side is concerned and going straight down to 7nm for its GPU lineup. Die shrinks usually result in big performance and power efficiency gains and its little surprise that AMD wants its entire portfolio to shift to 7nm by 2019, which would allow it to take advantage of significant cost and economy improvements. The price to pay of course, is going to be the increased difficulty of fabricating on such a tiny node. In fact, this is the the node after which EUV will almost certainly become a requirement.

This means, that we will probably not see any other graphics update from AMD in the entirety of 2018. If the company manages to finalize Vega, we should see it launch sometime before the end of 2018, but even that could get shifted back to Q1 2019. As for Navi, the new roadmap makes it clear that it is almost certainly a 2019 product - one which will probably come by H2 2019 since it represents a newer architecture on top of the die shrink.

The company gave a very short - but working - demo for the 7nm as well, showcasing its rendering capability. This is something that will allow it to make headway into the ray tracing market that NVIDIA CUDA currently occupies. The company also revealed that the card is sampling to partners right now and will be officially launching sometime in the second half of 2018. You can see the render benchmark demo of the 7nm Vega over here:

Considering NVIDIA does not have a 7nm processor right now (Volta is 12nm) this represents one of the few times the company has overtaken its competitor (on paper) as far as roadmap goes and represents a significant leap as far as power and performance efficiency goes - which is pretty important for the server and data center market. Cost and volume were two things that were not mentioned but considering 7nm is the very bleeding edge of fabs right now - yields can't be all that pretty. In other words, this card is going to be expensive as hell.