AMD revealed its new Ontario APU (Accelerated Processing Unit) today which is based on the Bobcat low-power x86 processor architecture. The APU combines a x86 processor with a Direct x 11 based GPU making it ideal for low power Notebooks, Handhelds and Tablet's.

The APU is pretty small and is roughly the size of a a 1 Euro coin and the Die area is below 100 mm². The APU comes with no Integrated Heat Spreader (IHS) and uses a ball-grid array (BGA) which is use to fix it to the system board like the Intel's Atom based CPU's.

Smaller size also means that less power is required by it and the Ontario APU has a TDP of 9W while another higher-performance APU codenamed "Zacate" will have a TDP of 18W and will compete with Intel's CULV processors. The new APU's are said to be shipped around Q4 2010 while the Llano Processors are being built for desktop usage and information about them can be seen in the links below: 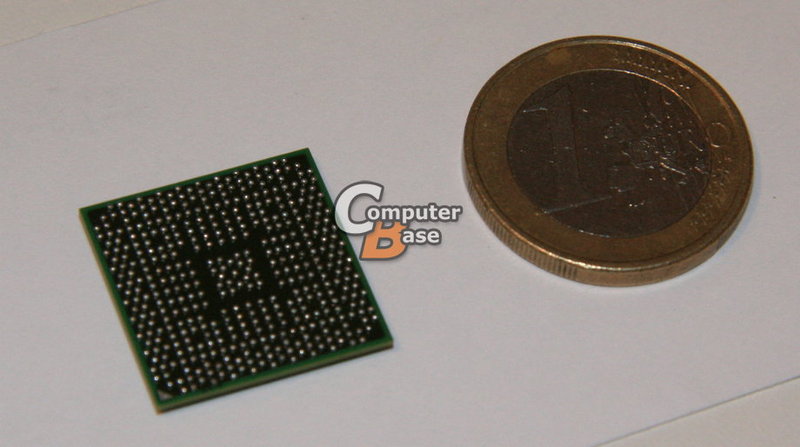 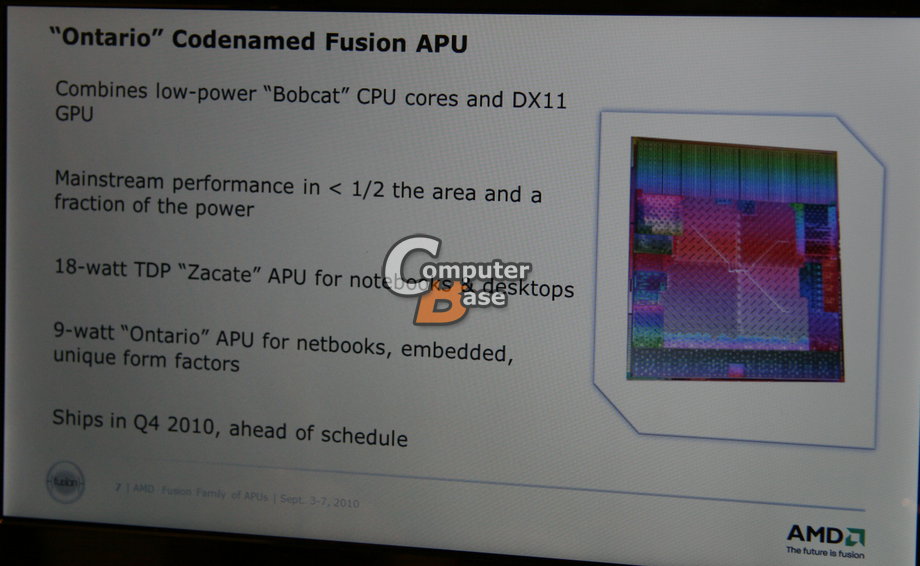