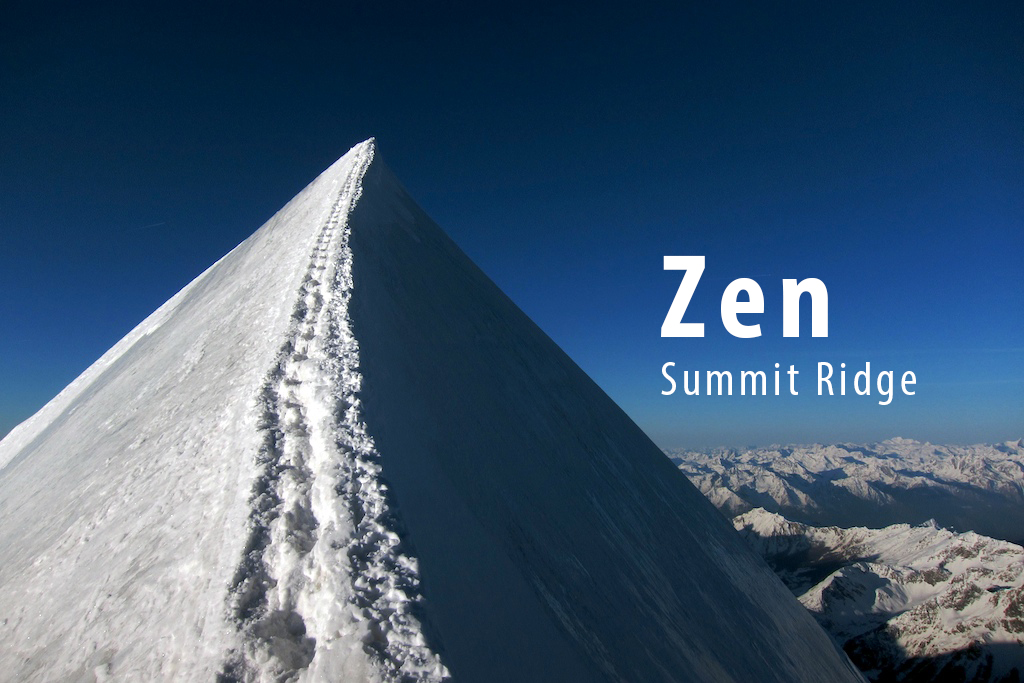 This is the day we have been waiting for. The first verified benchmarks of the upcoming AMD Zen processor have just leaked out via the Ashes of the Singularity benchmark database. This is the first indication of real world performance which does not originate from AMD's marketing material. That said however, the benchmarks given in this article are that of the Engineering Sample of AMD Zen and NOT entirely representative of the final product. As such, the benchmarks only serve to give us a preliminary understanding of what we can expect from the final product.

A few days ago, something remarkable happened. The OPN (Order Part Number) of AMD's Zen Engineering Sample leaked out. This was 1D2801A2M88E4_32/28_N. The first part of the number indicates the unique identifier of the Zen ES CPU while the second part (32/28) reveals the base clock as well as the turbo clock. This means we are looking at a base clock of 2.8 Ghz and a turbo of 3.2 Ghz. It goes without saying that the frequencies of the engineering sample are probably not final and could get an uplift by the time the product actually hits the shelf.

With this context, we continue on to the main spectacle of today: Zen ES benchmarks. The exact flavor is the Ashes of the Singularity benchmark. We can quickly confirm that the benchmarks are indeed of a Zen processor because:

So without any further ado, here are the benchmarks:

Right of the bat, we can see that the Zen 1D ES sample is performing rather well. Across all 4 settings, the CPU is able to earn a consistent CPU frame-rate of 58 frames per second. The benchmark in question was conducted with the AMD Radeon RX 480, so it goes without saying that we cannot make direct comparisons from just this benchmark alone. We can however, compare this setup to similar setups where only the CPU has been replaced (which we have done so down below).

There doesn't seem to be any difference at first sight between the 1D and 2D variants. They are both purportedly clocked at the same rates and the only difference that we can see is the fact that the 2D variant fares much worse in terms of performance. There could be multiple reasons for why this is the case. It is possible that this particular variant is actually a cut down core and the benchmark is reading it incorrectly or even that its simply another revision being tested that did not like the AotS benchmark (or was simply tested before being optimized). In any case, because of these reasons, I decided to focus on the 1D variant for our comparison.

Since the Zen benchmark was conducted using an RX 480 graphics card, I was able to find comparable configurations (RX 480 GPU + Standard 1080p Preset) and see how the CPU compares to other processors of this tier. The first thing you will notice is that the Zen ES variant is clocked pretty low. This means that the benchmark is somewhat skewed right from the start. I did not bother to adjust the numbers for clock rates because AotS database does not record the exact frequency of the CPU being tested. 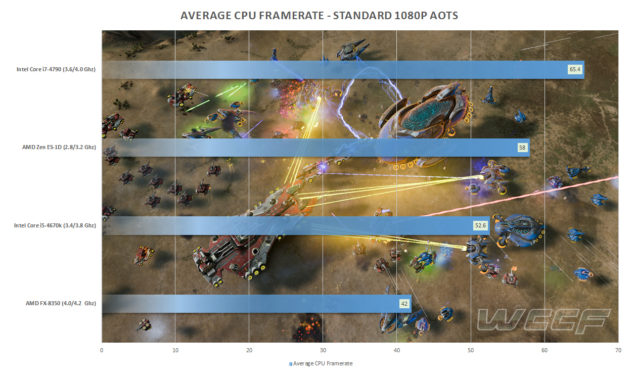 Even with a clear clock speed handicap the Zen ES shows impressive performance.

If by the time Zen ships, its clock speeds are similar to that of the FX 8350, it should easily be able to go toe to toe with the Intel's i7 offerings (if this benchmark is any indication of how we can expect performance to scale across other applications). If it is able to achieve a clock speed of 4.0 Ghz, which is a 25% increase over the current clocks, it should be able to easily out perform Intel's i7 CPUs (the i7 4790 in this case). According to recent updates from AMD's Lisa Su - Zen will be shipping in limited quantities by year end, with full market availability in 2017. With that, this particular write up comes to a close. I have included screenshots of all the benchmarks used in this article, including the 2D variant and the processors used for comparison.

[Update: the tester has pulled all the Zen ES benchmarks form the online database so please refer to the screenshots posted in the gallery above] All the benchmarks used in this article can be freely accessed by the links given below: