AMD has announced their X570 motherboards for AMD Ryzen 3000 processors and for the time being, it looked like it was going to be the flagship but not anymore. References towards another premium chipset, the X590, have been spotted by Computerbase and looks like we will be getting slightly better I/O with the new chipset.

The whole rumor started off with one picture from the author of the DRAM Calculator for Ryzen, 1usmus, who shared a teaser of one of ASUS's ROG motherboard with the label "X590 Coming Soon". The tweet has since been removed after media publications started highlighting it. After some quick work, it can be seen that the motherboard is indeed a ROG Crosshair series and could either be much awaited ROG Crosshair VIII Extreme we have already seen the HERO and Formula and the design for this specific motherboard is very different than them. 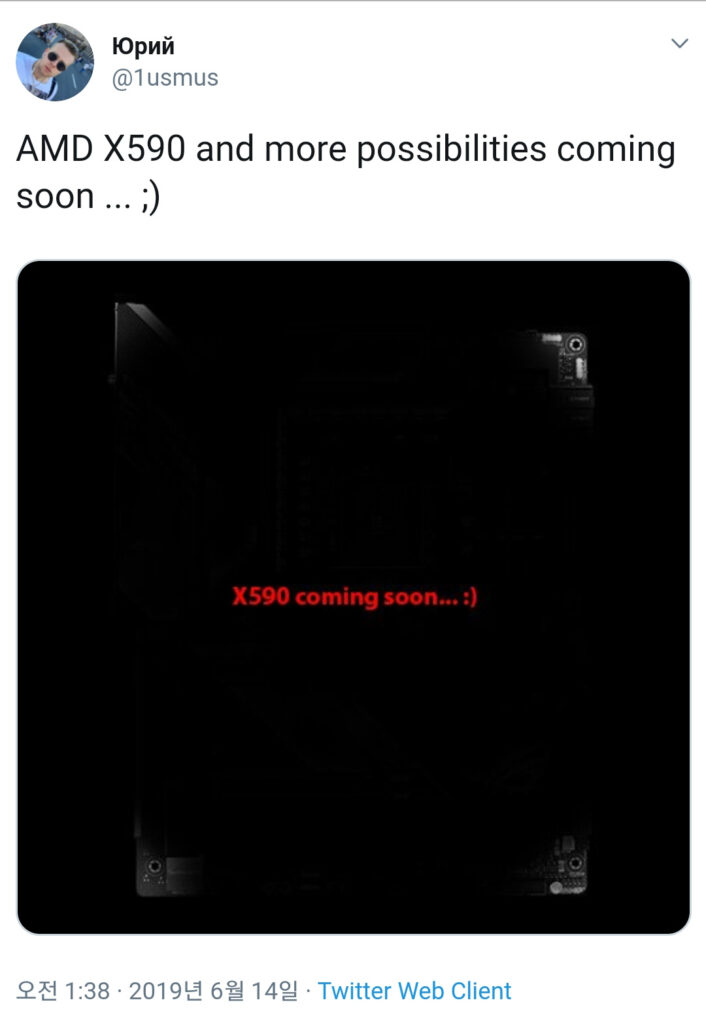 While the picture is one thing, a forum member of Computerbase forums provided even more evidence around the existence of the X590 chipset. Hidden deep within the BIOS files for X570 motherboards, the X590 chipset is listed next to X570. Now one might think that X590 may be an internal codename for X570 but why have them listed in the retail BIOS by two different names.

According to some theories, the X590 chipset may offer a much higher number of PCI Express 4.0 lanes compared to X570 chipset. We heard similar rumors about the Z490 chipset which AMD had planned to launch last year but reportedly canceled it due to higher production costs. The X570 chipset is already a very premium design, to begin with as cost of some of the entry level boards when compared to their X470 predecessors has seen a huge bump so it will be interesting if X590 would share a similar fate or would actually come to market with much higher price points than what the current X570 motherboards are going to end up at.

AMD will also be offering two entry-level chipsets but like the rest of the existing 300 & 400 series motherboard lineup, they would stick to PCIe 3.0 rather than PCIe 4.0. PCIe 4.0 functionality will be kept exclusive to the X570 chipset till 2020 when ASMedia starts offering their own chipsets with PCIe 4.0 but till then, AMD's internally manufactured X570 chipset holds exclusivity to PCIe 4.0 for Ryzen 3000 CPUs. 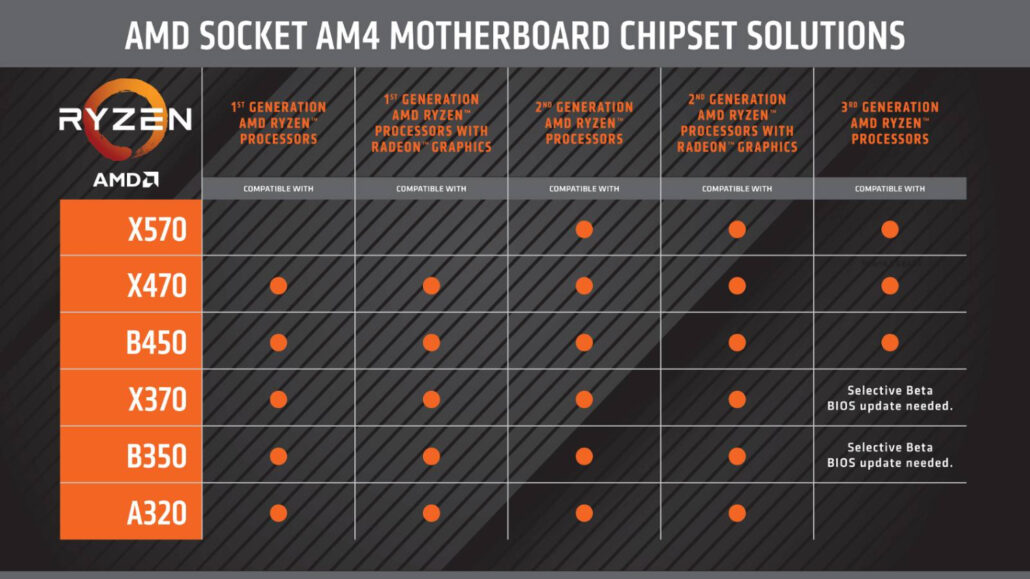 Taiwan's ASMedia Technology is expected to complete tape-outs for PCIe 4.0 interface chip solutions by the end of 2019, seeking to strive for more contract design orders from AMD in 2020, when the US chipmaker's chipsets enter the PCIe 4.0 era, according to industry sources.

ASMedia has landed orders for AMD's B550 and A520 chipsets that support PCIe 3.0 and will kick off shipments to motherboard ODMs and OEMs in the fourth quarter of 2019. The company is expected to be able to win orders for PCIe 4.0-based chipsets from AMD in 2020 after the tape-outs are smoothly done, the sources said.

The first tape-outs of the ASMedia PCIe 4.0 chipsets are expected by the end of 2019 while the company is expected to win orders from motherboard makers in 2020, reports DigiTimes. The company is also expected to roll out USB 4.0 controllers in 2020 and expects to win orders from major motherboard players. With that said, the AMD B550 and A520 chipsets would be available later this year and would feature much lower prices than X570 motherboard for users building entry-level and more mainstream PCs. We will definitely keep you updated once we have more information about the X590 chipset.