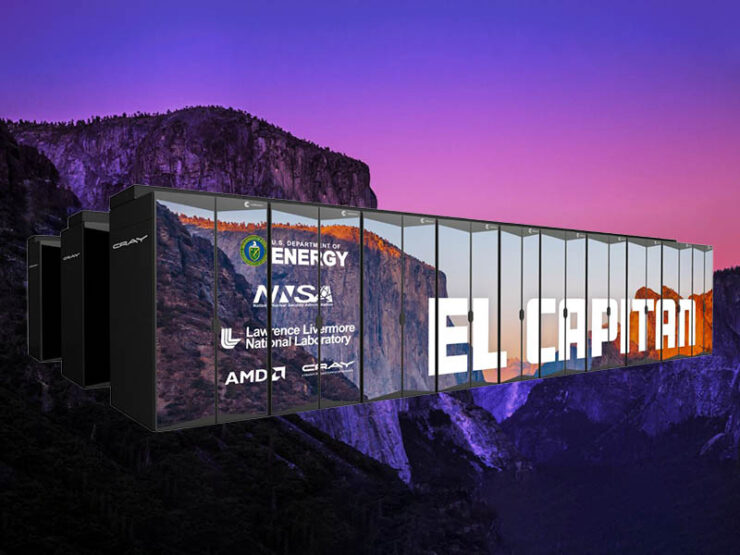 Rosenblatt Securities analyst – Hans Mosesmann – believes that AMD (NASDAQ:AMD) has scored a major win by securing a $600 million contract, in conjunction with HPE (NYSE:HPE), to deliver a next-gen supercomputer – dubbed El Capitan – to the nuclear security arm of the U.S. Department of Energy. As a testament to the momentous nature of this development, the analyst has raised the price target for AMD to $65 per share while maintaining a ‘Buy’ rating for the stock.

As we detailed yesterday, Intel (NASDAQ:INTC), NVIDIA (NASDAQ:NVDA) and AMD were all competing to secure the lucrative El Capitan contract. To the delight of AMD bulls, the company has been selected to provide the CPU as well as the GPU for the DoE’s forthcoming supercomputer.

As far as the specifications of the system are concerned, El Capitan will be built by HPE's Cray supercomputing division and is expected to be deployed at the Lawrence Livermore National Laboratory (LLNL) by 2023. AMD has been tapped to provide custom EPYC CPUs and Radeon GPUs to power El Capitan’s mind-numbing peak processing power of 2 exaflops – 2 quintillion calculations per second. The entire system is expected to be at least 16 times faster than the Sierra supercomputer – a product of the collaboration between IBM and NVIDIA – and consume less than 40MW of electricity. Moreover, AMD’s GPU offering for the system is expected to be comprised of a custom design specifically tailored for AI + high-performance computing. Finally, the system’s CPU and GPU accelerators will be equipped with the 3rd Generation Infinity Fabric interconnect, allowing a high-bandwidth & low-latency connection between those accelerators.

In light of this development, Rosenblatt’s Mr. Mosesmann observed in his investment note that:

“[the win is] an important element of the AMD story being much more than a market share gain cycle in CPUs."

Consequently, the analyst views the contract as a stepping stone for the AMD stock’s continued multiple expansion, noting that:

"Look for AMD to start to become prominent in the TOP500 and the Green500 supercomputer lists in the coming years."

AMD’s stock is currently trading around $48.98, corresponding to a market capitalization of $57.28 billion. The stock has a one-year high of $59.27 and a one-year low of $21.04. According to SmarterAnalyst, AMD currently enjoys an average sell-side price target of $53.00, implying a 8.21 percent stock price appreciation potential based on current levels. In a report issued on the 24th of February, Nomura also reiterated a Buy rating on the stock with a $58.00 price target.