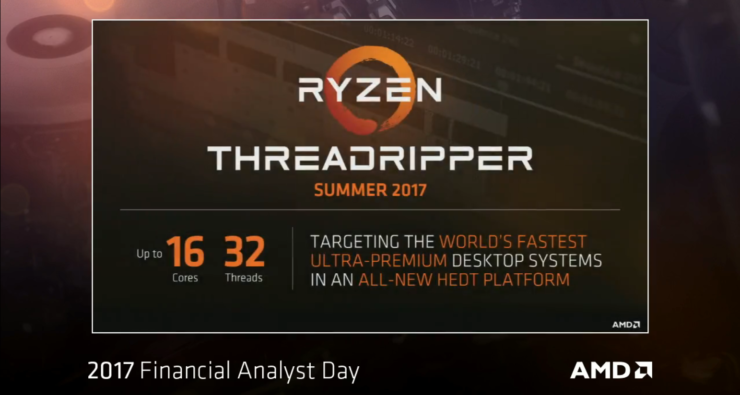 The Whitehaven platform will include support for quad-channel DDR4 memory, more PCIe lanes and more storage compared to AMD's X370 on AM4. It will compete directly with Intel's upcoming HEDT X299 platform and Skylake X CPUs which will feature up to 12 cores.

With a 16 core Ryzen in the high-end desktop the Zen architecture is well on its way to displacing Intel’s Extreme edition processors from the performance throne that they’ve long held on to. Threadripper may be the first CPU family from AMD to win the ultimate performance crown since the aptly code named “hammer” architecture hammered Intel’s Pentiums nearly 14 years ago in the form of the Athlon 64.

AMD confirmed that it will indeed reveal more details about Threadripper at Computex in just under two weeks, so stay tuned.