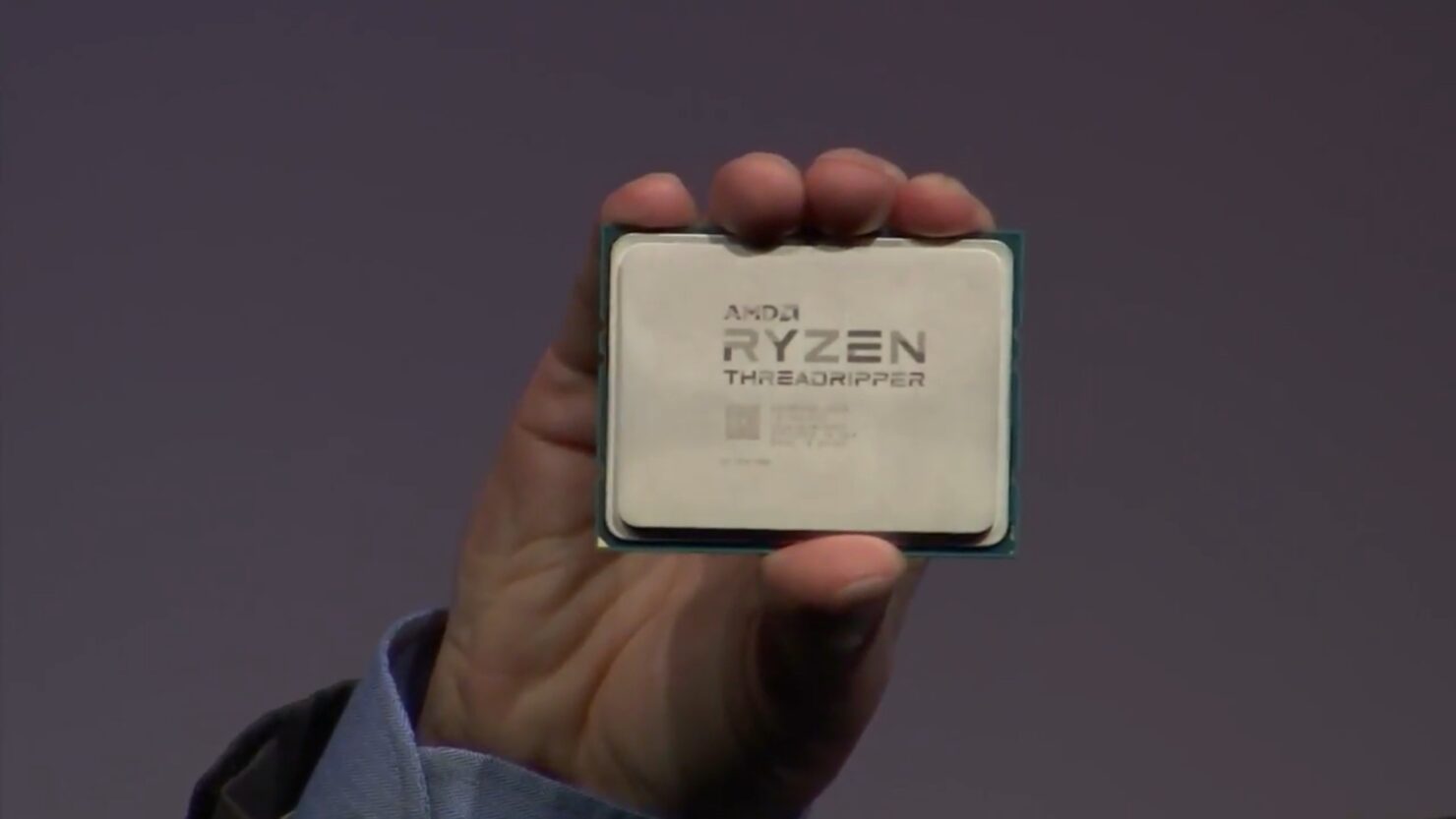 Threadripper & X399, A Colossal CPU And A Behemoth Chipset 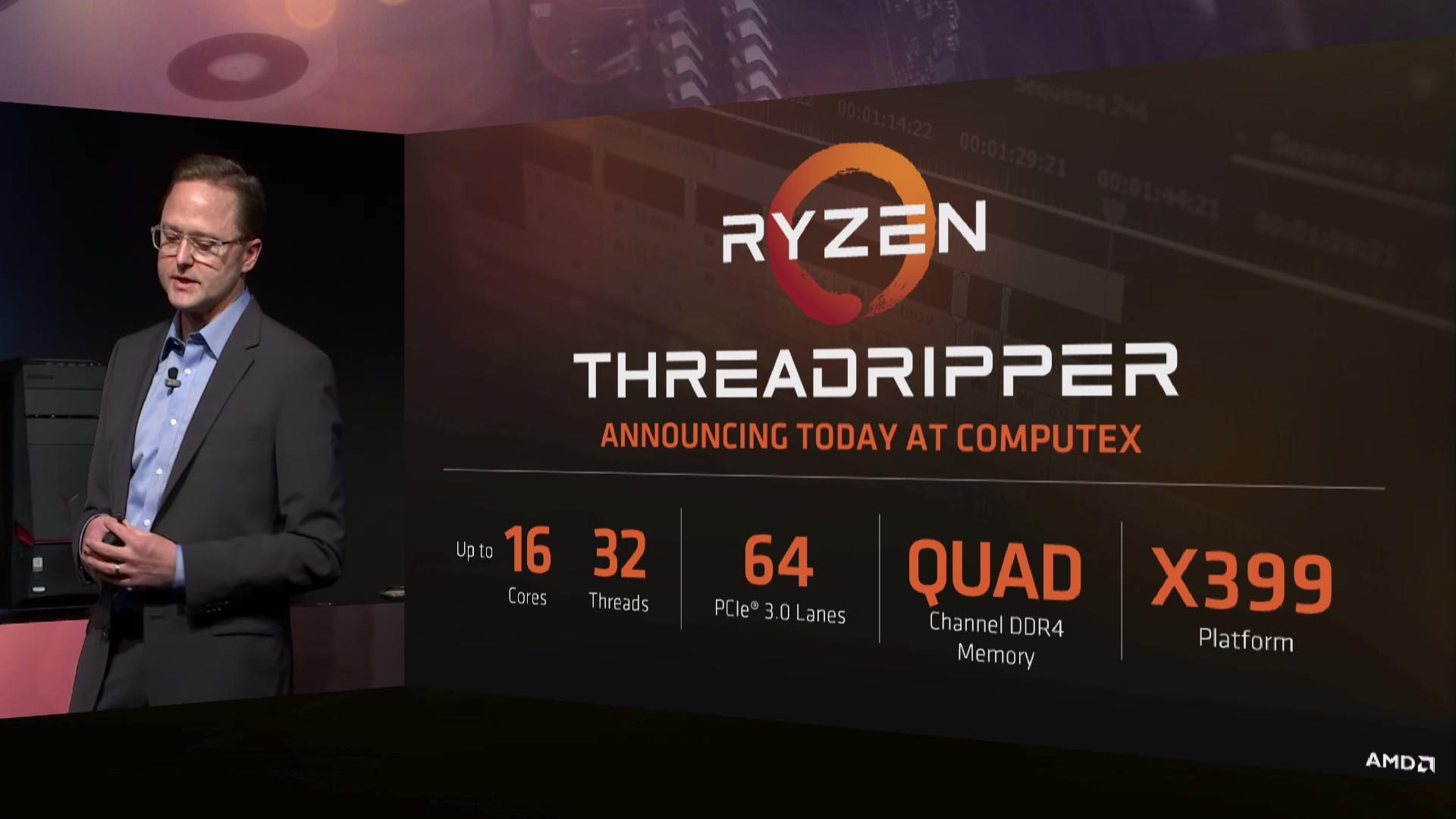 First things first though, the speeds and feeds. AMD did not announce clock speeds or prices just yet. However, the company confirmed that there will be multiple Ryzen Threadripper processor SKUs ,the highest end of which will have 16 cores and 32 threads.

A new enthusiast X399 chipset specifically designed to tackle the high-end has also been officially introduced. This chipset will support Threadripper processors and bring a whopping 64 PCIe Gen3 lanes to the table as well as quad channel DDR4 memory support with 8 DIMMs.

AMD isn't bifurcating its high-end platform when it comes to I/O and memory like Intel has done by limiting some of its Skylake-X processors in terms of PCIe connectivity and as well as offer Kaby Lake X parts limited to dual channel support on its X299 platform.

All Threadripper CPU SKUs on the other hand will have quad channel DDR4 support as well as the full 64 PCIe Gen3 lanes. That is 20 more lanes than Intel's highest end Skylake-X Core i9 processors, 40 more than its 8 and 6 core Core i7 parts and an almost comical 48 more lanes compared to Kaby Lake X.

To top the announcement off AMD showed a 16 core 32 thread Ryzen Threadripper processor in action running the same Blender sample test we first saw a few months back with Ryzen 7. Suffice to say with double the number of cores, threads and memory bandwidth this 16 core monster made quick work of the workload, finishing it in mere seconds. 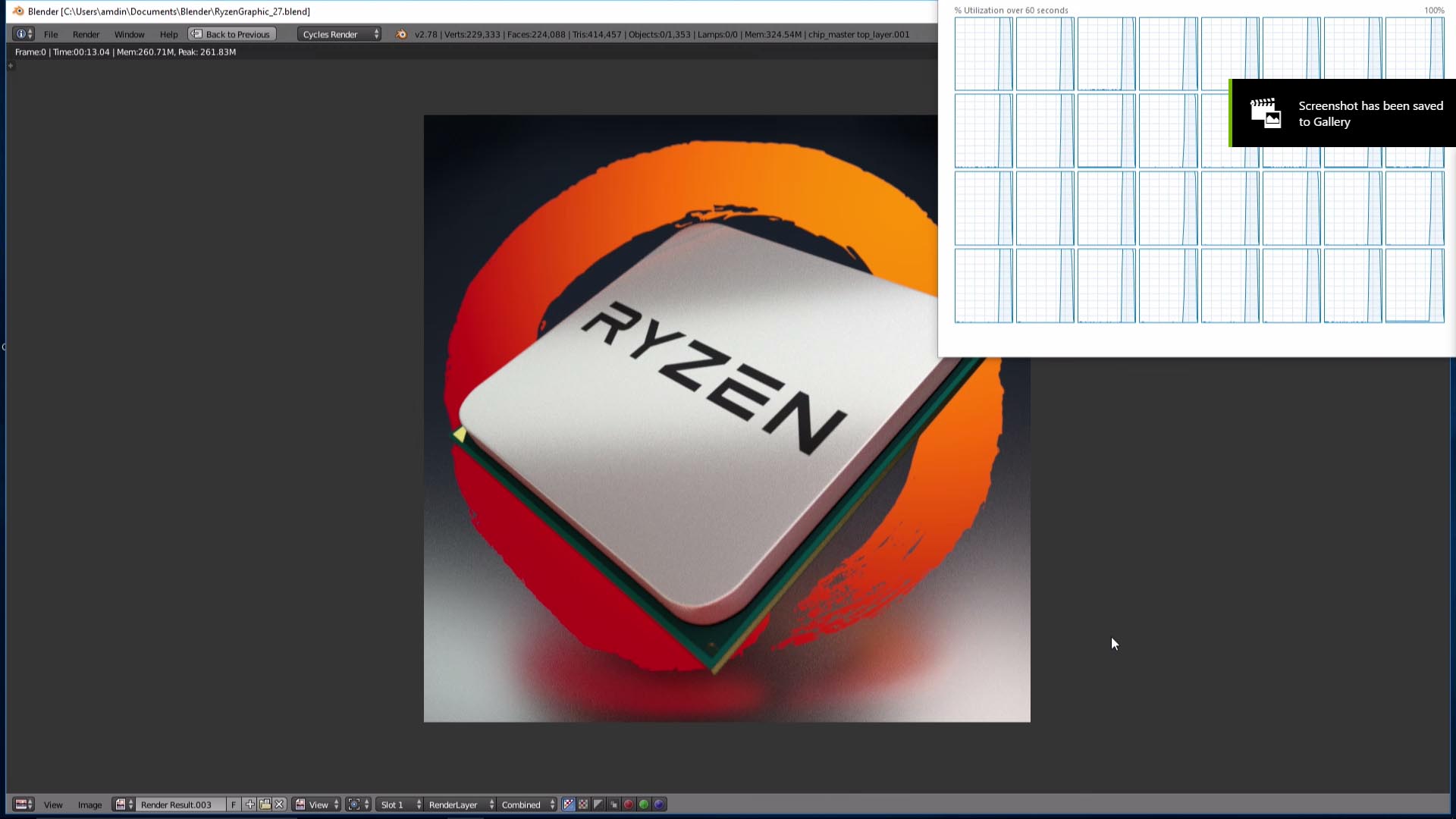 A solid release date hasn't been announced yet, however you will be able to purchase a Ryzen Threadripper CPU and an X399 motherboard some time this summer AMD says.