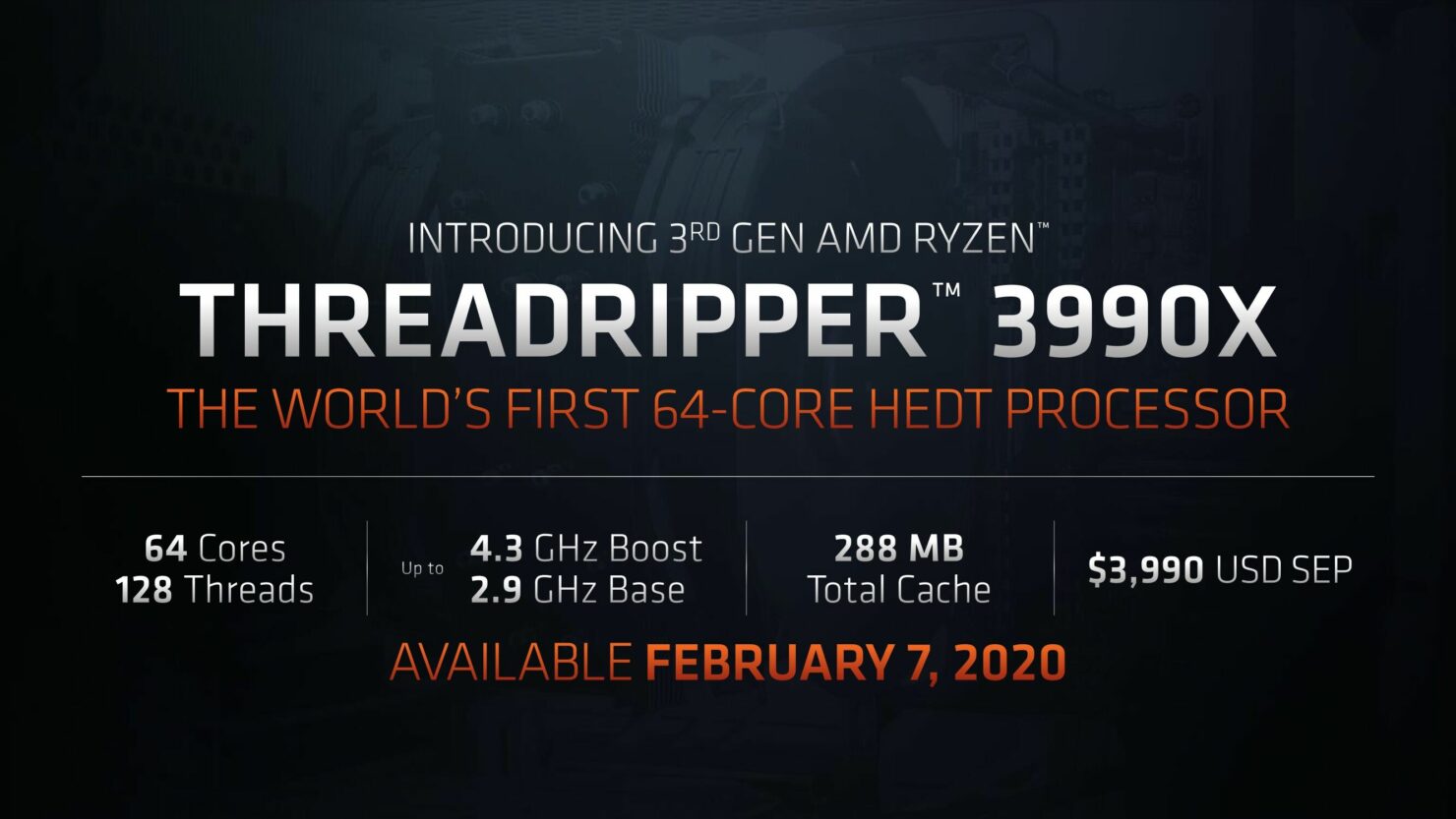 The AMD Ryzen Threadripper 3990X has launched and as expected, it features a gargantuan 64 cores and 128 threads, making it an absolute beast. The core and thread counts are astonishing and unlike anything that we have seen before on the HEDT platform, but AMD has pushed their HEDT platform hard and they are indeed bringing this super-massive chip to their TRX40 family.

The processor also packs 8 Zen 2 CCDs since the chip has to pack 64 cores. The other two Ryzen Threadripper CPUs that are launching today, the 3970X and the 3960X, feature only four CCDs since they only need to pack up to 32 cores. The processor would be available on retail shelves on 7th February 2020 for a price of $3990 US.

You may wonder why would anyone require a chip that costs almost $4000 US but as of right now, this is the best workstation oriented chip that money could buy, making it a perfect choice for enthusiasts. Along with that, the advantages of the TRX40 platform are insanely high versus the competing Intel HEDT platform. AMD showcased some seriously impressive performance numbers for the 3990X with the chip scoring over 25000 points in Cinebench R20 (multi-threaded) bench and also outpacing dual Xeon Platinum 8280 (56 core / 112 thread) processors in V-Ray render by up to 30%.