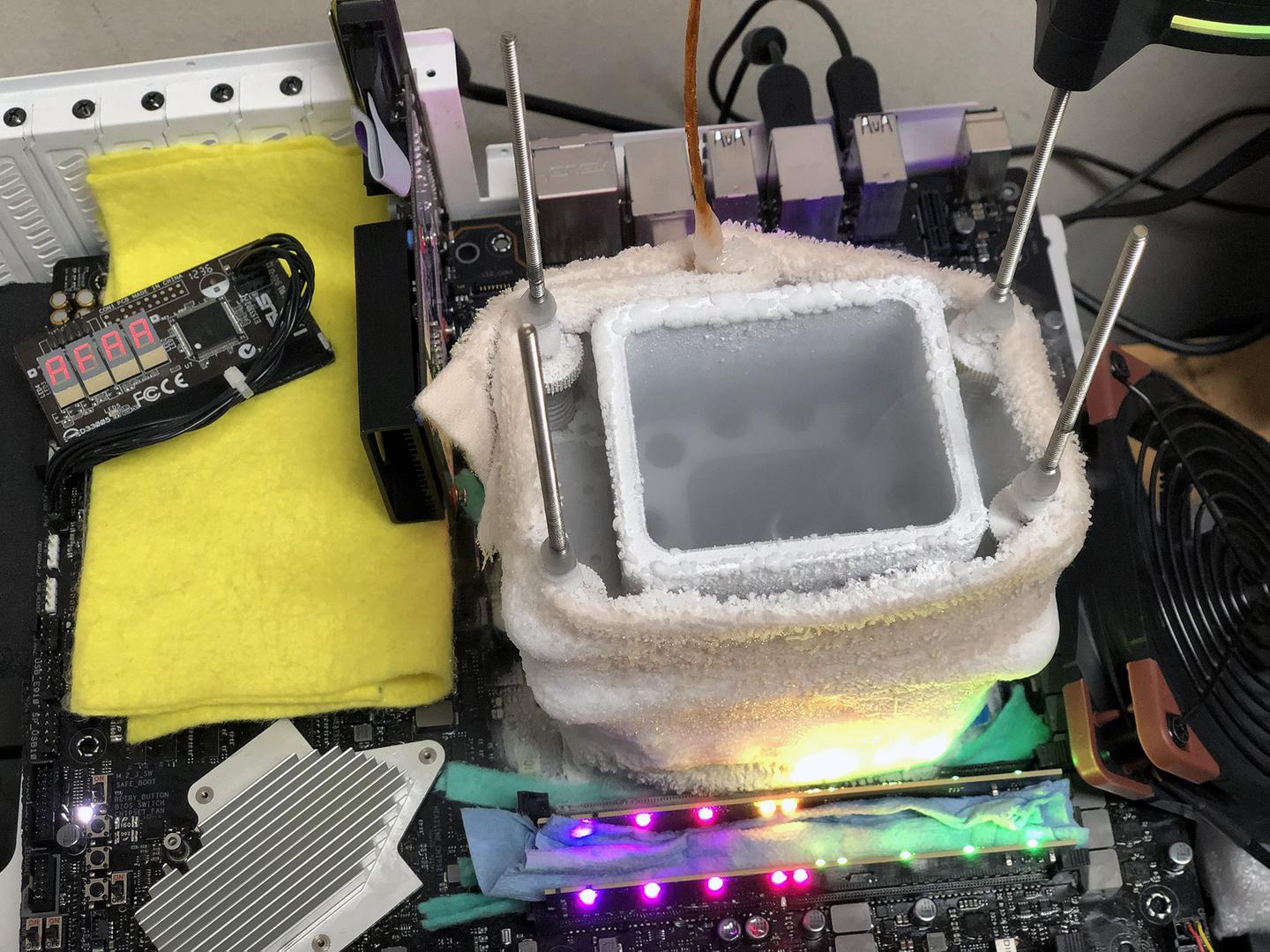 AMD's Ryzen Threadripper 3970X 32 core monster processor got launched yesterday and in a day, the chip has broken several world records. The Ryzen Threadripper 3970X is the fastest & the only 32 core processor available to consumers based on the Zen 2 core architecture which delivers high IPC gains, massive performance efficiency and lots of horsepower for multi-threaded workloads.

The AMD Ryzen Threadripper 3970X is simply the best high-end desktop processor you can get right now which is something we also stated in our review here. The AMD Ryzen Threadripper 3970X packs 32 cores, 64 threads and clock speeds of up to 4.5 GHz, all in a 280W TDP package. The processor has 144 MB of cache and 88 PCIe Gen 4 lanes. The sales for the 3970X commenced yesterday with a listed price of $1999 US.

Now one day later, the chip has already achieved some impressive feats including several world records and global ranks at HwBot. Starting with the achievements, we first have the fastest OC frequency for the chip reported at 5.752 GHz across all 32 cores and 64 threads. This impressive feat was achieved by legendary overclocker TSAIK of Taiwan who pushed the chip to the said OC frequency using LN2 cooling on an MSI TRX40 Creator motherboard using a voltage supply of 1.1V. 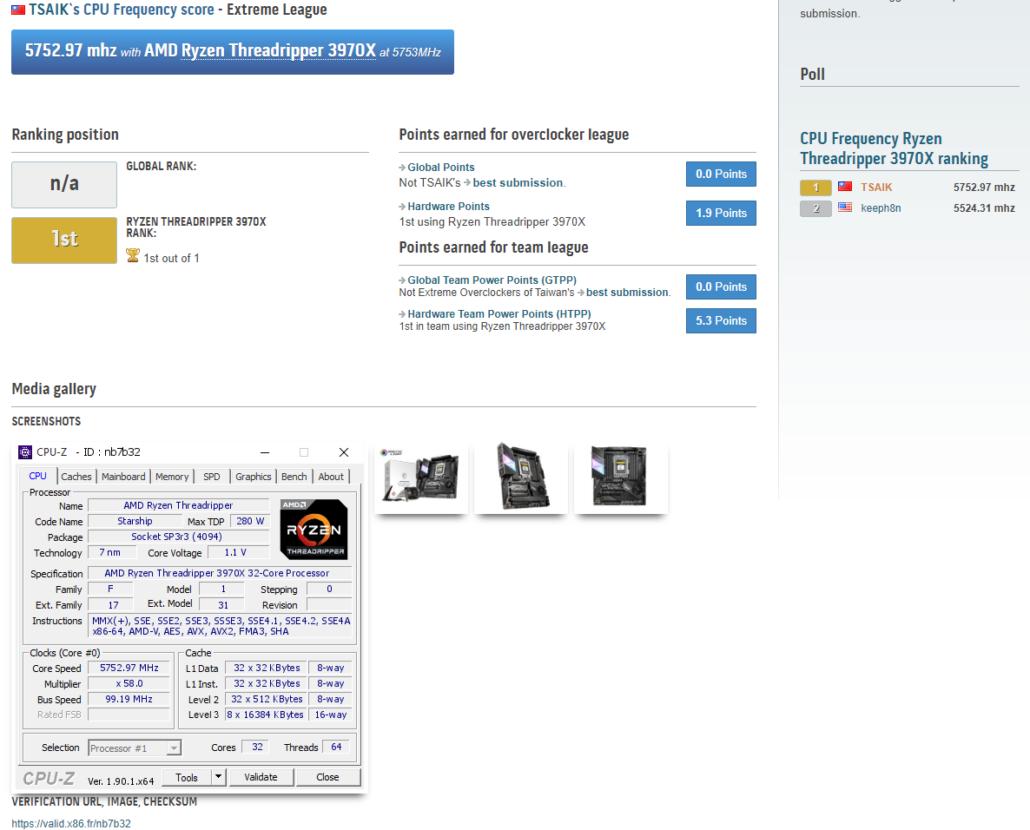 The AMD Ryzen Threadripper 3970X also hit several world records during the ongoing overclocking spree. Some of the achievements include the following.

The overclocking spree just goes off to show how good the Ryzen Threadripper 3970X CPU is. Not only does the average enthusiast get to play around with its massive performance but also the overclocking audience who seemed like they had a great day during the Threadripper launch, really pushing it through its limits. Following are some images from the overclocking sessions by various overclockers: