AMD's first Ryzen 5000 series APU which will be part of the upcoming Renoir Refresh family has leaked out by TUM_APISAK. The APU was spotted within the Ashes of The Singularity benchmark where it was tested on the 1080p Low preset.

The AMD Ryzen 7 5700U seems to be an early engineering sample with no proper test drivers yet. The most interesting thing about the CPU is its specifications which include 8 cores and 16 threads.

This is also the first time an AMD Ryzen 5000 series CPU/APU has shown up in a public benchmark database with its full naming scheme rather than just the codename. The Ryzen 7 5700U APU also packs the Radeon Vega graphics in a slightly enhanced variation. The APU was tested with 16 GB of DDR4 memory but aside from the specs, there's nothing much interesting to talk about.

The APU scored 1600 points in the benchmark which is a 33.3% performance improvement over the Ryzen 7 4800U which is quite impressive as this chip is just a refresh of the Renoir lineup and we can expect even higher performance from the Ryzen 7 5800U which would be based on the Cezanne design. 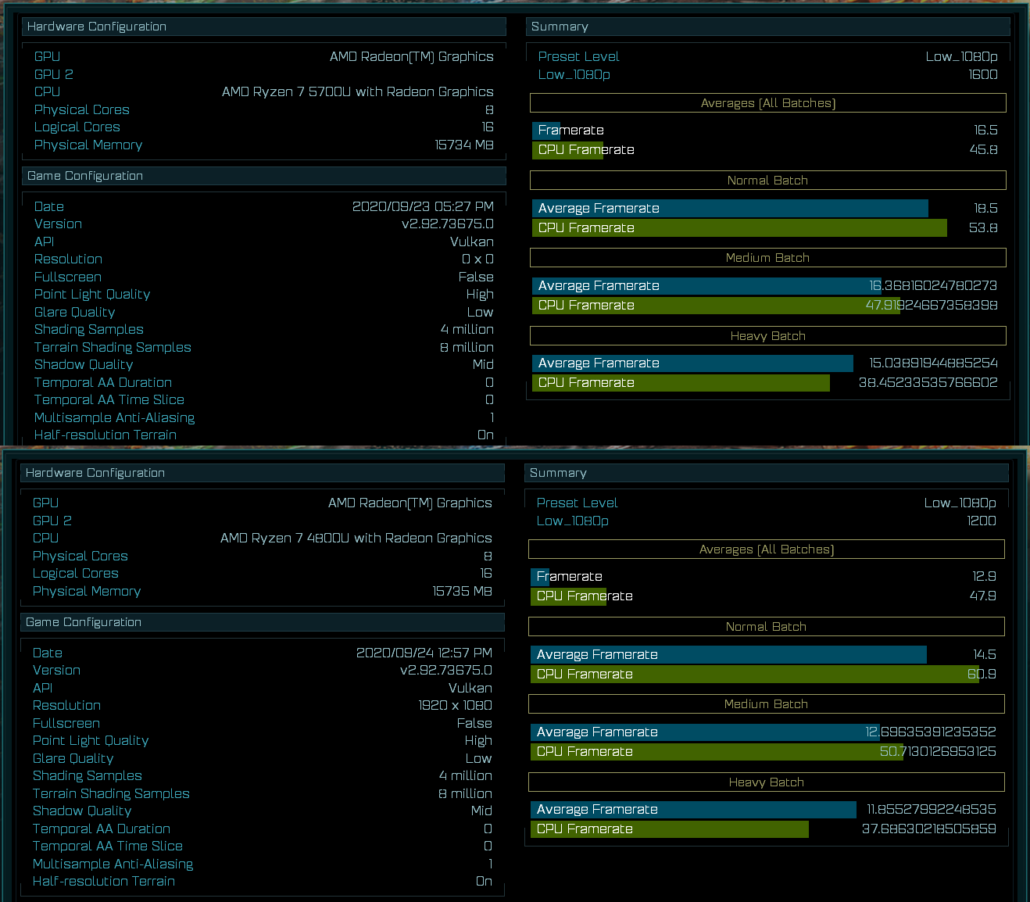 According to Twitter user, MebiuW, it is reported that the Ryzen 5000 series APUs will come in two flavors, one will be featured under the Cezanne chip design and the other under the Lucienne chip design. The AMD Ryzen 5000 series under the Lucienne family will be branded as the AMD Ryzen 5 5500U and Ryzen 7 5700U APUs while the Cezanne family will feature the Ryzen 5 5600U and Ryzen 7 5800U APUs.

There's going to be a big difference in performance in both lines of chips as one will feature AMD's Zen 2 core architecture and the other would feature the brand new Zen 3 cores. This would also suggest that Lucienne based notebooks and laptops will feature slightly more optimized pricing compared to Cezanne chips. We have already seen AMD's Lucienne engineering samples leak out with their full OPN. The chip that was spotted by Igor's Lab also featured 8 cores, 16 threads, and early clock speeds of up to 3.9 GHz.

According to Igor, the Lucienne based Ryzen 5000U series parts will be aimed at Google Chromebooks but that remains to be seen since Ryzen 7 5700U and Ryzen 5 5500U are quite high-end chips even for those platforms.