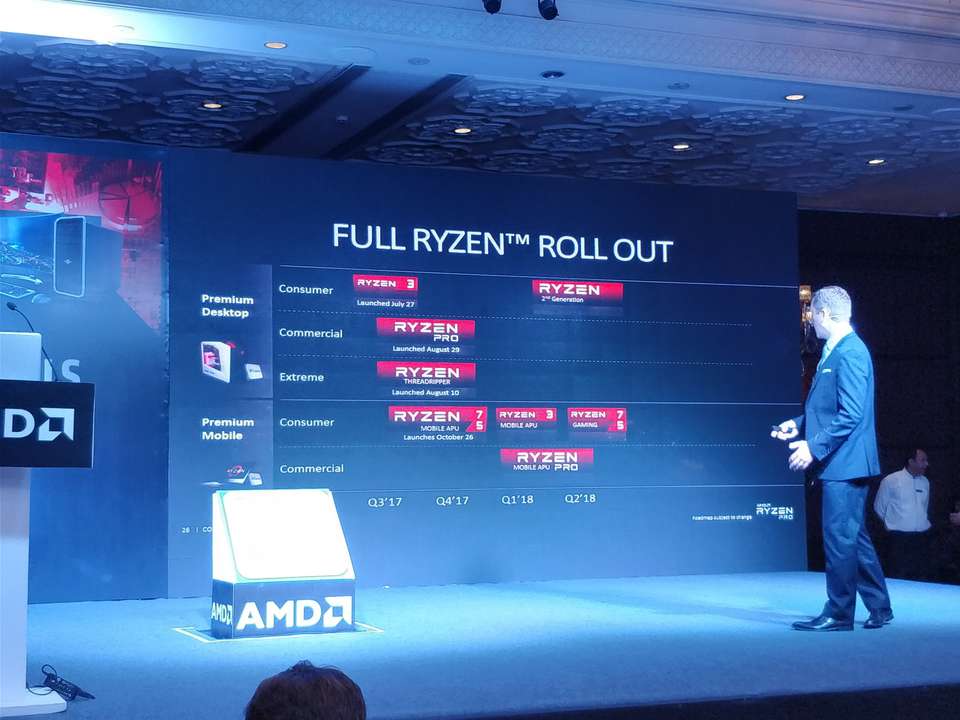 AMD's next generation Ryzen 2 CPUs are set to debut on the 12nm process technology in the first quarter of 2018. The new lineup comprised of 2000 series Ryzen 7, Ryzen 5 and Ryzen 3 2000 microprocessors is said to bring higher clock speeds and better overclockability to the table in addition to support for faster DDR4 RAM.

The company is said to be planning the roll out of Ryzen 2000 Pinnacle Ridge starting with Ryzen 7 in late February, followed by Ryzen 5 and Ryzen 3 in March. The new chips will be manufactured using GlobalFoundries' 12LP "Leading Performance" process node and will feature AMD's improved Zen+ CPU microarchitecture.

These parts will go against Intel's upcoming 9000 series, which our sources tell us to expect around June-ish next year. The 9000 series will bring 8 cores to Intel's mainstream platform for the very first time and will certainly offer stiffer competition to Ryzen than Coffee Lake has, which has been subject to significant shortages that have dragged on for months.

Very little is known about the microarchitectural side of these new Zen+ parts, although the transition to 12nm will enable higher clock speeds and better power efficiency. Based on the claims touted by GlobalFoundries for its 12LP node, we could see Ryzen frequencies pushed to anywhere between 4.2-4.4GHz on the high-end, with a couple to several hundred MHz improvements across the lineup.

The new processors are also said to support higher DDR4 memory frequencies, at least that's what some folks have been whispering into our ears. This is likely due to the performance and power improvements that 12LP brings to the table. Low power and mobile variants of 2000 series Ryzen Pinnacle Ridge processors are expected to debut around April and 2nd generation Ryzen Pro parts are set to come out in May.

Motherboard makers will be introducing several motherboard options, including X470 and B450 flavors, based on a new 400 series Chipset design which will be debuting right alongside the upcoming Ryzen 2000 series.

The good news is that AM4 compatibility is remaining. Theoretically speaking this means that all it will take to turn any of the existing 300 series motherboards compatible with a 2000 Series Ryzen CPU is a BIOS update.  This should give buyers the option to opt for the new 400 series chipset, which is expected to bring an expanded feature list, or stay with any of the current flock of 300 series boards to save a few bucks.