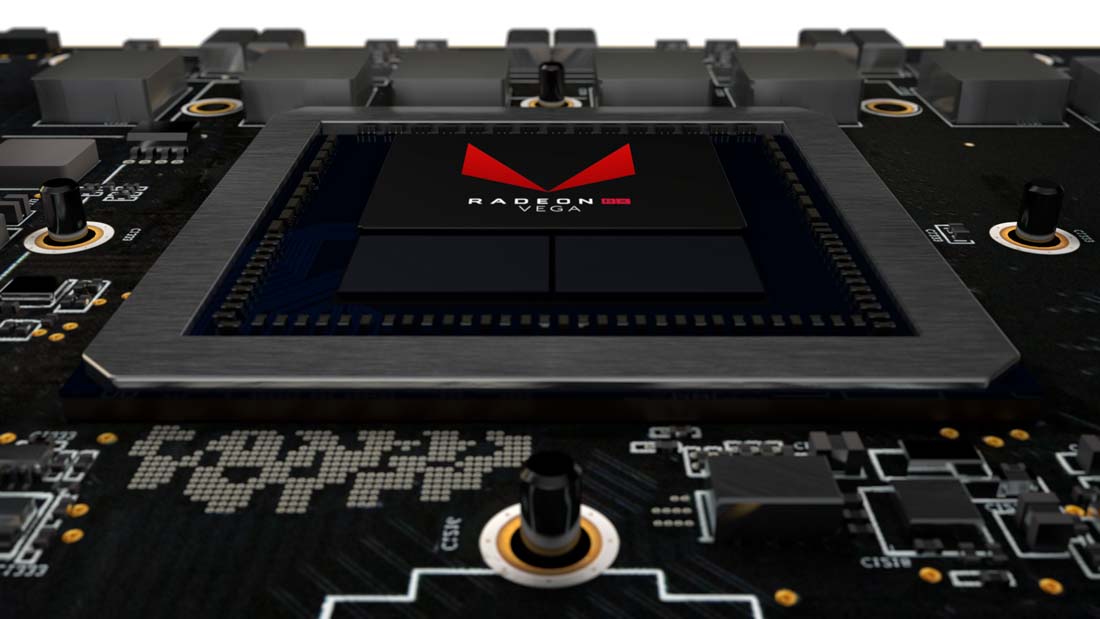 AMD Radeon RX Vega 64 official press shots are now out, thanks to LegitReviews. The latest product shots for the Radeon RX Vega 64 Limited Edition and Liquid graphics cards provide additional details regarding the card design and the cooling systems used.

The models pictured include the Radeon RX Vega 64 Limited Edition and the liquid cooled cards. Surprisingly, the reference models have been missing from the event and we only got to see one render and one early prototype a few days ago. The Radeon RX Vega 64 gaming cards, especially the Limited Edition models will be shipping with a beautiful brushed silver cooler shroud which we have detailed below.

The Radeon RX Vega 64 Limited Edition is very similar to the Radeon RX Vega 64 reference edition in terms of PCB design and clock speeds. The only difference is the more elegant cooler design that makes use of premium material for the shroud which looks great. There’s the Vega logo on the top and a Radeon “R” square in the corner which emits LED light, similar to the Radeon Vega Frontier Edition. This model will cost slightly more than the reference edition and since it’s a limited edition, it won’t be available for the entire lifespan of the Vega lineup.

Inside the card, we can see that the card uses a full length PCB and houses the Vega 10 GPU on its interposer along with the HBM2 VRAM. There are two stacks of HBM2 memory that are 4-Hi each and incorporate up to 8 GB of HBM2 VRAM. The card has power phases running around the GPU. The card uses a plastic base plate to provide extra support to the PCB and heat dissipation. There is a single blower fan that pushes air out of the assembly and through the exhaust vents on the I/O which also feature a HDMI and triple DisplayPort connectors.

In terms of clock speeds, both reference and limited edition (air cooled) models will be shipping with out-of-box frequencies of 1247 MHz (base clock) and 1546 MHz (boost clock). The TDPs will be around 300-375W and power will be provided through dual 8 pin connectors.

AMD Will Not Be Shipping Holocube With Radeon RX Vega Graphics Cards?

AMD has also posted that the holocube device which was showcased during the pre-launch event will not be shipping with Radeon RX Vega graphics cards in August. It was a prototype and only a few of those exist so we may or may not see it with RX Vega in the foreseeable future. 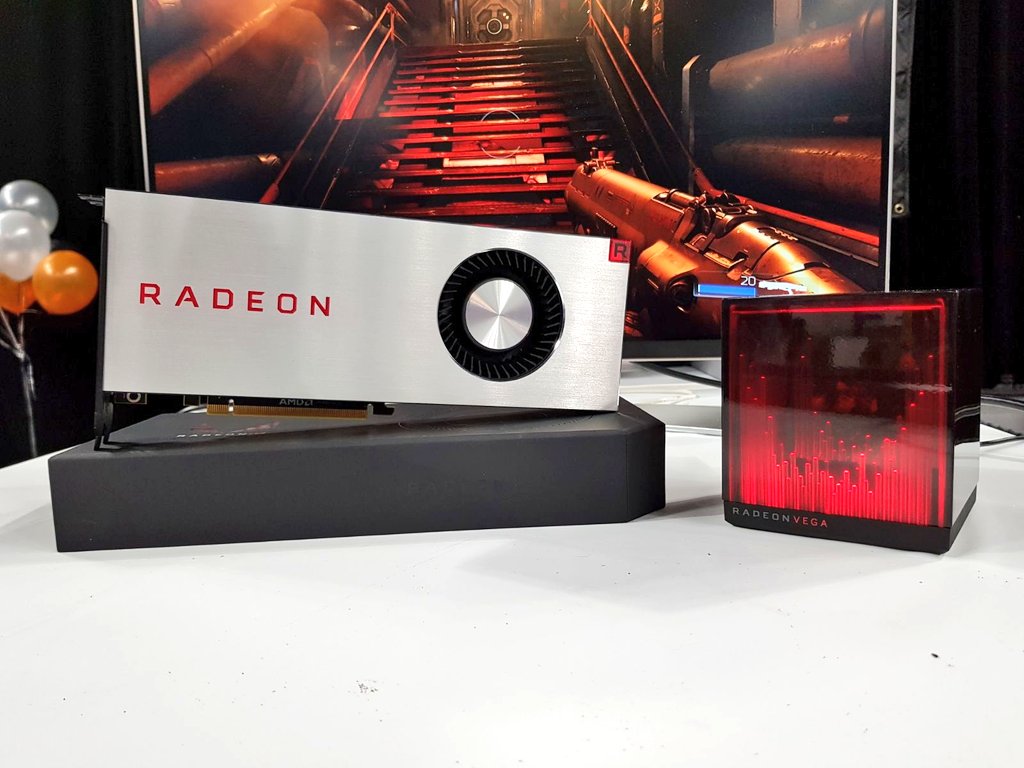 AMD appreciates the excitement and curiosity surrounding the Radeon Holocube. The Radeon Holocube was developed as a prototype and at this time, it is one of very few that exist in the world. The Holocube will not be shipping with Radeon RX Vega in August. Via AMD

Clock speeds for this model will be maintained at 1406 MHz (base clock) and 1677 MHz (boost clock). The card ships with the 120mm radiator and the internal cooling assembly will be the same as Radeon Vega FE. There are two confirmed variants of the Radeon RX Vega 64 Liquid with the base model priced at $599 and the Limited Edition model priced at $699 US.

There’s also 8 GB of HBM2 VRAM which comes in two stacks (4 GB per stack). The graphics card has a total rated bandwidth of 480 GB/s which is lower than the 512 GB/s on Fiji. It also features a pixel fill rate of 90 GPixels/s. AMD will be launching all three variants of the Radeon RX Vega 64 and also the Radeon RX Vega 56 graphics cards at Capsaicin Siggraph so make sure to stay tuned for more info.