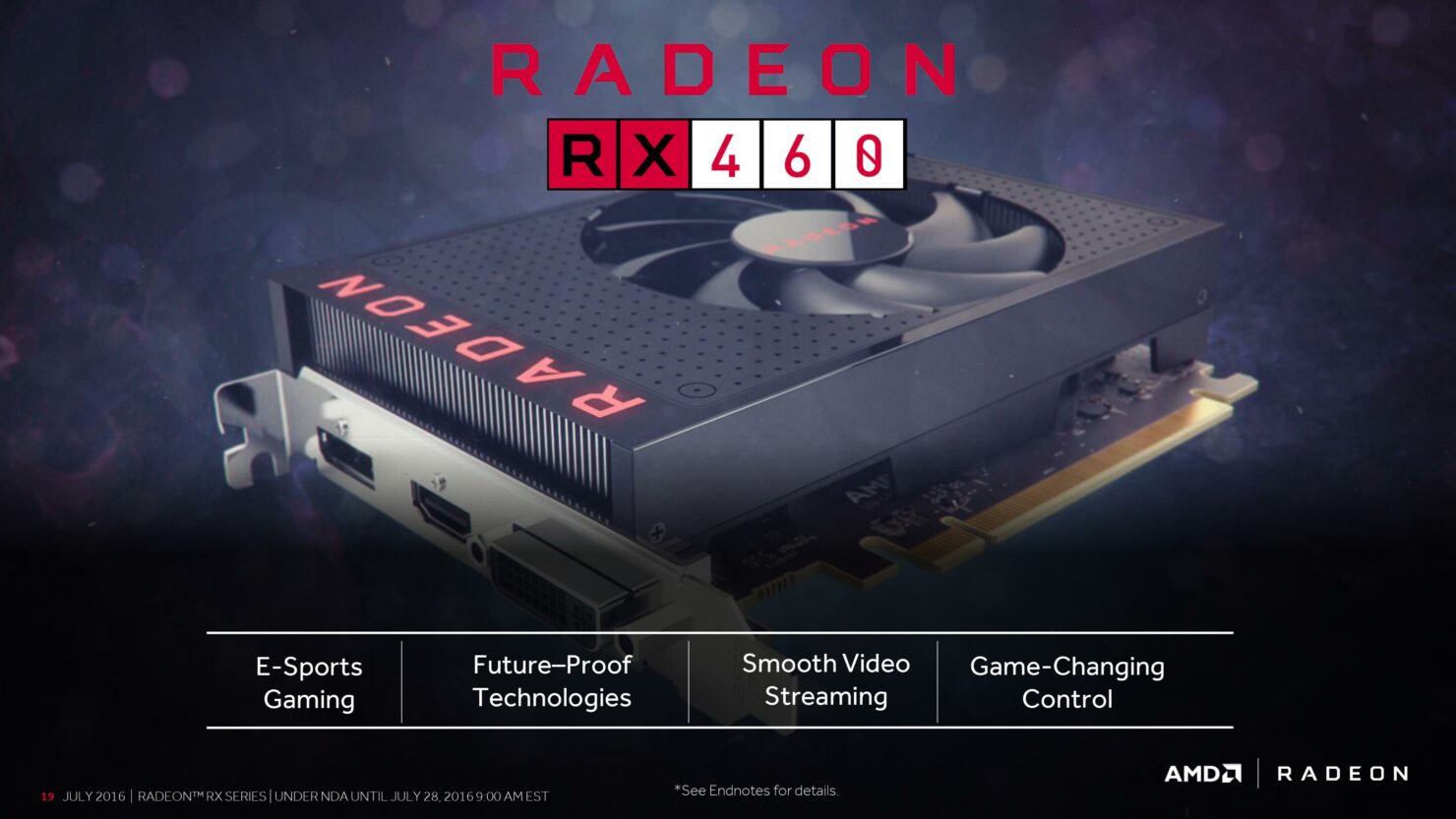 The first performance benchmarks of AMD's soon to be launched Radeon RX 460 graphics card have leaked out. The benchmarks were posted in a review by PurePC for a brief moment and were removed from their site how ever, Videocardz managed to save a copy of these benchmarks which give us a glimpse at the performance and various metrics of the newest entrant in AMD's Polaris family.

The Radeon RX 460 is the first card to feature the Polaris 11 GPU, a very small chip that replaces the Radeon R7 260 and Radeon R7 360 series cards. This chip features 896 stream processors which deliver around 2 TFLOPs of compute performance. AMD has clocked this chip at 1090 MHz core and 1200 MHz boost clocks while the 2 GB GDDR5 model comes with a 128-but interface and clock speeds 7 GHz that deliver 112 GB/s bandwidth. The RX 460 will also be available in 4 GB variants which will feature a higher price point than the 2 GB variants.

The card will feature a TDP of less than 75W which means it will be powered via the PCI-Express bus and won’t need an external power connector. The card features a really small PCB and has a cooler design similar to the Radeon R9 Nano which looks compact and premium for a card that is supposed to be priced around $99 US. In fact, the card will also be available in several custom variants at launch with better PCBs and even additional power connectors (6-Pin) to add more overclocking potential to the Polaris 11 chip.

The card tested by PurePC was a factory overclocked and custom model. It was from Gigabyte and utilized their WindForce 2X cooler for superior cooling and a better PCB to deliver stable and clean current to the GPU. They benchmarked the card at both stock and overclocked speeds. Do note that the chip at stock stays with the same core configuration and clock speeds of 1.1/1.2GHz (Base/Boost) while overclocked benchmarks were performed with clock speeds of 1285 MHz core boost and 7.2 GHz memory clock. 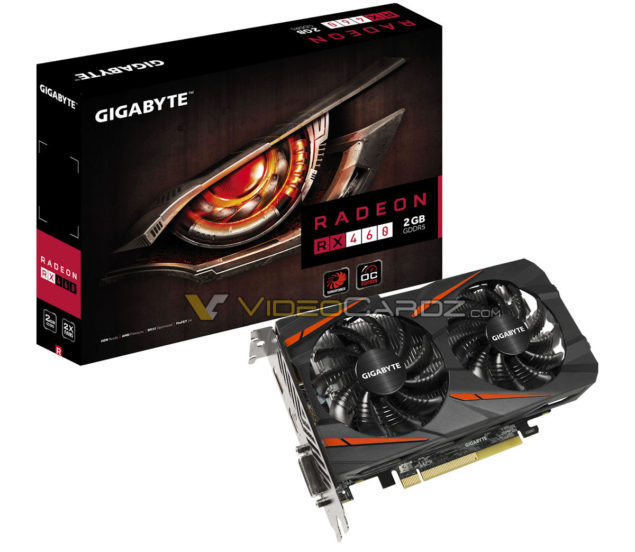 The Gigabyte Radeon RX 460 WindForce 2X is a custom Polaris 11 card with great cooling. (Via Videocardz)

When overclocked, the Radeon RX 460 does show some nice gains but it still doesn't manage to outperform the older Pitcairn based Radeon R7 370 which is based on an architecture that came out back in 2012 and was used to be considered as entry level.

Finally, we have the numbers that are considered important to many consumers out their buying a new card for their brand new PC. First up, we have power consumption. The Gigabyte RX 460 consumed 70W compared to 67W on the GTX 750 Ti. In gaming load, the PC with the RX 460 consumed 177W while the Gigabyte GTX 750 Ti consumed 169W. Do note that this is first generation Maxwell we are talking about that came out in early 2014.

Both cards are also cooled by the same WindForce 2X cooler. In fact, the RX 460 uses a new and revised version designed specifically for the RX 460 which should result in lower temps. That doesn't seem to be the case as the chip has 40C temps in idle and 71C temps at load in gaming. The GTX 750 Ti WindForce 2X on the other hand is cool at 27C idle and 53C load temps.

The AMD Radeon RX 460 launches on 8th August at a price close to $99 US. The card will be available in both 2 GB and 4 GB variants and will be a very nice option for low-end PC and HTPC builders.