The first official confirmation that the upcoming Radeon R9 380X will feature a 256-bit memory bus has arrived from Powercolor's official website. The graphics card which was listed over at the manufacturers official home page has the specifications clearly mentioned however it will still take a few more weeks for the card to appear in the consumer market. 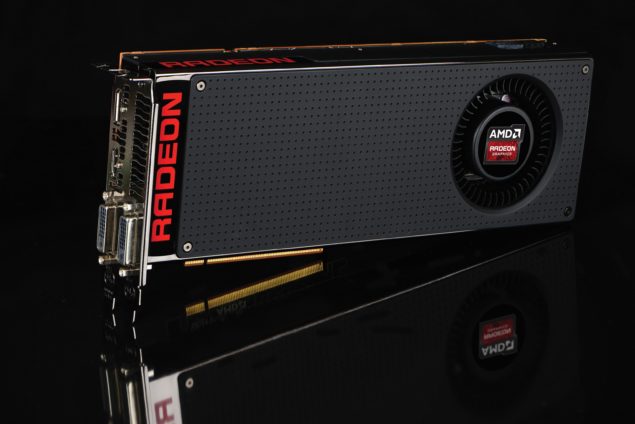 The Radeon R9 380X has been anticipated for a long time, the first rumors picked up a year ago when the R9 285 was announced. The Radeon R9 285 was the first graphics card built on the latest GCN 1.2 core and also the first card to make use of the Tonga Pro core. Since the launch of that card, it was expected that AMD will launch the XT variant very soon. That card is yet to come to the desktop market while the Tonga XT chip itself has made it to the market in form of mobility and embedded variants. Even when AMD updated their Radeon 300 series lineup, we once again saw only the Pro variant. Now known as Antigua, the slightly tweak Tonga XT and Pro variants deliver better performance per watt. From the last month, we once again rumors were active that the full Tonga XT (Antigua XT) chip will be coming to the desktop market in the form of the R9 380X card.

Now we know that there are some leaks and rumors which have appeared on different sites that have covered an alleged 3DMark score of the R9 380X along with a GPUz shot and a Colorfire model. I want to make it clear that those images which first appeared on Chinese forums are fake. The GPUz is actually extensively faked with the device id and BIOS version matching both, the R9 280X (Tahiti XTL) and Radeon R9 380 (Antigua Pro). The card from Colorfire is nothing more than the Antigua Pro based Radeon R9 380 and although I will not deny if a R9 380X will share a similar design as the R9 380 from Colorfire but the user who posted that image made it very clear that the card is not a R9 380X but rather a R9 380. Even the XFX model which leaked earlier is the Pro variant based Radeon R9 380 graphics card as revealed by Expreview in their latest article.

The Radeon R9 380X with the Antigua XT GPU packs 2048 stream processors, 128 texture mapping units and 32 raster operation units. We don't have any specifics in regards to the core or memory clock speeds but it is now confirmed that the card will rock a 256-bit bus interface and feature 4 GB of GDDR5 VRAM as opposed to the larger 384-bit bus interface which the GPU allegedly sports but is not being fully utilized. Display outputs on the  card will include Dual-Link DVI, HDMI 1.4 and a Display Port 1.2 output.

The card is based on the latest GCN 1.2 iteration which is the same as the Fiji graphics core. It is fully compliant with features like Color Compression, Vulkan API support and DirectX 12 API support. The card packs 8 ACE units (Asynchronous Compute Engines) which allows tasks to be submitted and processed by shader units inside GPUs simultaneous and asynchronously in a multi-threaded fashion. Furthermore, the card comes with the latest XDMA CrossFire technology that allows multi-GPU functionality between one or more cards of the same kind effectively.

AMD’s Radeon R9 380X will be the full Tonga chip finally coming to the desktop market since the Tonga XT chip is currently only found on the Apple iMac and desktop users only received the Tonga Pro chip in return. Antigua XT will have a TDP around the 200 – 220W range since the Antigua Pro based Radeon R9 380 currently has TDP of 190W. The similar chip make will allow several AIBs to offer custom designs at launch since the same custom PCBs used for the Radeon R9 380 can be configured for the Antigua XT chip. The Radeon R9 380 will definitely be a good option for users if it launches near at a price of $249 US since NVIDIA doesn’t have a competitor in that range and they might be forced to launch one if AMD manages to grab a decent share from the market. We will be looking at the Antigua XT chip around Q4 (November 2015). 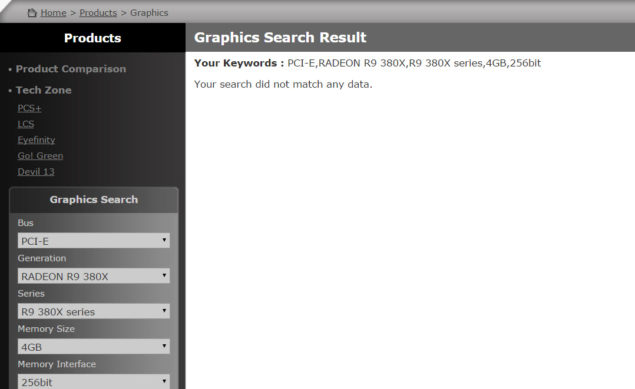