AMD showcased its dual chip based HD6990 GPU at the Cebit 2011 Event. The card was seen running on MSI's booth which was gathered by AMD partners which wouldn't tell any details about the card but the guys from Fudzilla managed to gather some details on the specifications of the card.

First of all the card is based on two Cayman GPUs which include 1536 VLIW4 stream processors on each chip. The clock speeds are temporary and might change in the end product but still they are as follows - 30MHz for the GPU and 1250MHz (5.0Gbps) for the 4GB memory (2GB on each chip) which runs on a 2x256 bit wide memory interface. The card includes One DVI and Four Mini Display Ports which are Eyefinity ready and is powered by dual 8- pin connectors.

Being AMD's top of the line flagship GPU it comes in a silver protective briefcase rather than a bubble-wrap packaging. The briefcase comes with a Dragon Age II Logo on top of it and chance is that the game itself would be shipped with the card. The card is slated for release on 8th March. Till then enjoy the pics below: 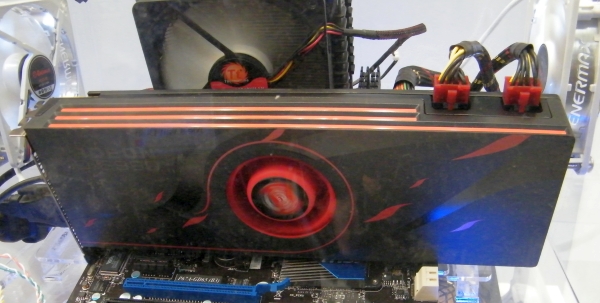 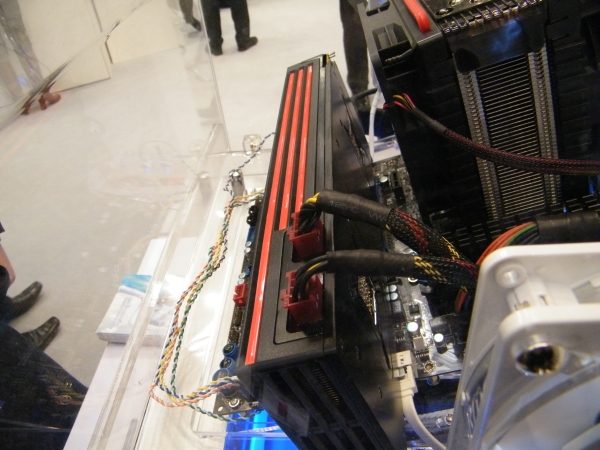 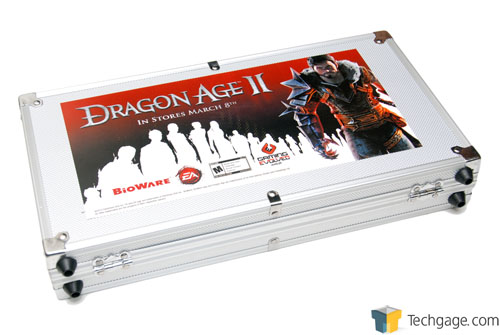 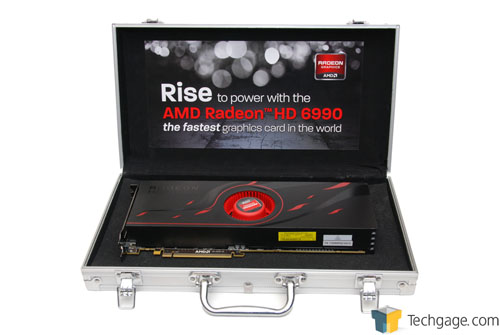 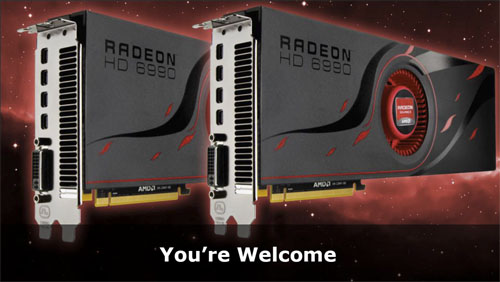