TechReport and TomsHardware managed to get a sample of the latest HD 8000M chip, Radeon HD 8790M which is based on the 28nm 'Mars' architecture for previewing. The Radeon HD 8790M is the fastest chip of Radeon HD 8700M series featuring 384 Shaders clocked at 900 MHz and a 2 GB GDDR5 memory clocked at 1000MHz running across a 128-bit interface. 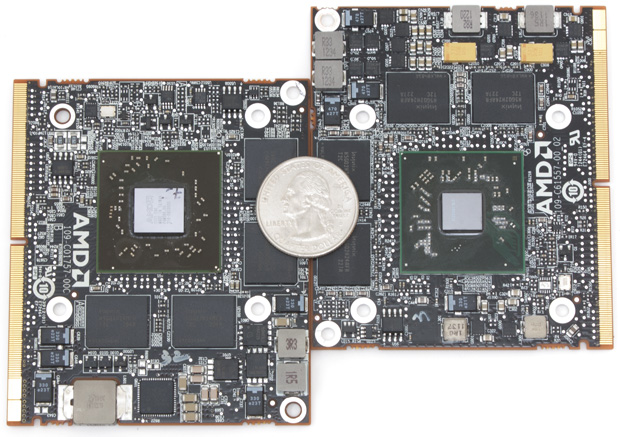 As for the testing goes, both sites tested the GPU on an MXM to PCI-ex x16 adapter which was plugged in an PCI-e x16 slot on the motherboard. You can check out a few gaming performance comparison in the charts below but for the full preview, visit the TechReport Preview here and TomsHardware Preview here. 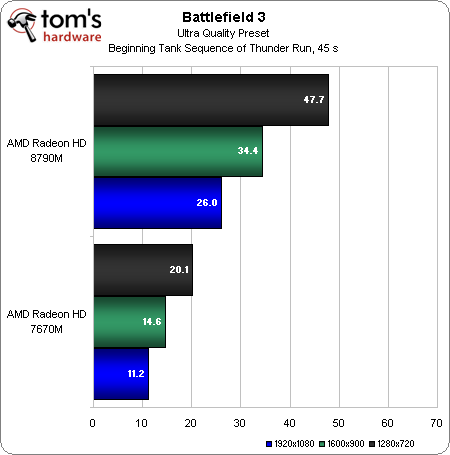 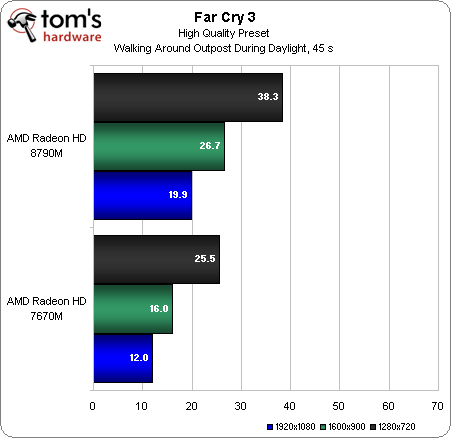 One thing we noted during the TomsHardware preview was that while HD 7690M's OpenCL performance was quite lower than the Intel Core i5-2500K, the Radeon HD 8790M completely blew them showing that users who rely on OpenCL applications for work would be delighted with the addition of GCN equipped HD 8000M series in their systems. 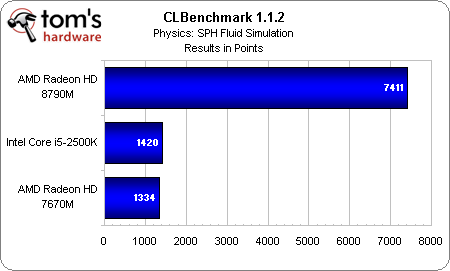 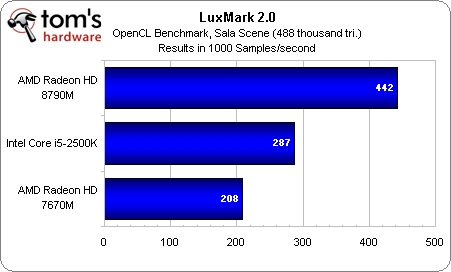