AMD Partners are releasing their more or less similar looking R9 295X2's in an orderly fashion and today XFX have marked their entry with the XFX R9 295X2 'Core Edition'. Which is more or less your reference R9 295X2 with just the AMD sticker removed and a bordered XFX sticker in its place (it looks like theres nothing there, but its there). It will ship in a cardboard box and will retail for about $1499 MSRP. 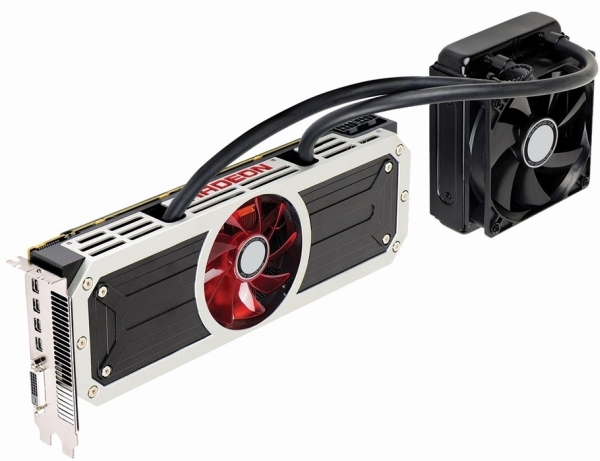 XFX deserves a special mention in the tech world because its story is a sad one. It used to be a fluent Nvidia Partner back in the days (before 2009 to be exact) and rolled out some amazing cards. I still have the XFX GTS 250 Core Edition with me to this day. However it decided that it will start manufacturing AMD Radeon cards as well but that was against the exclusivity understanding they had with Nvidia. The result? they got a boot from Nvidia's partners and ended up making AMD cards exclusively. Sadly Corporate Ethics is a debate better left untouched. Moving on.

The XFX R9 295X2 will be your standard Vesuvius, but for those who against all odds,  do not know, here are the official specs: 28nm Hawaii XT Cores, with 2816 Stream Processors per GPU and 8GB of memory (4GB per GPU) paired up with dual 512-bit memory interface. The GPUs are clocked at 1018MHz while the memory is clocked at a lazy 5Ghz. It uses Asetek's custom cooling solution with water blocks and a 120mm radiator fan.

Finally this card will not ship with the really cool briefcase that the press samples were shipped in. We know some variants will retail in that metal breif case, the Sapphire R9 295X2 for example and should be priced about the same. With all the Vesuvius's so similar the slightest product differentiation could tip the demand in the favor of one manufacturer. And to be honest, those briefcases are really cool.