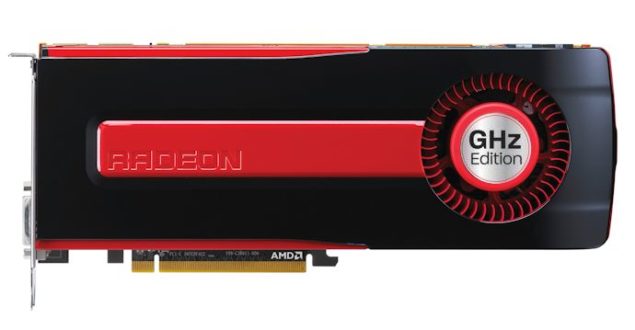 AMD has given a press launch to its new Radeon HD graphics card, the 7970 GHz edition featuring a reference 1 GHz core clock and a new and improved Tahiti GPU core.

The card still doesn’t seem to beat Nvidia’s GeForce GTX 680 which has taken PC graphics by storm, topping in almost every game benchmark and FPS count.

“The AMD Radeon HD 7970 GHz Edition rounds out our award-winning GCN family, providing world-class gameplay thanks to the industry’s fastest single GPU,” said Matt Skynner, corporate vice president and general manager, GPU Division, AMD.1 “Gamers have been hungry for our AMD Radeon™ HD 7000 Series since our launch last December. We have been able to meet that growing demand as we expanded our AMD Radeon HD 7000 offerings and brought the industry’s most advanced graphics across a complete family of leading-edge desktop and notebook graphics cards.”

The AMD Radeon HD 7970 GHz Edition will be available as early as next week from add-in board (AIB) partners including ASUS, Gigabyte, HIS, MSI, Sapphire, TUL and XFX starting at USD$499 SEP.