AMD Backed By Optimism On Server Demand – But Is It Relying Too Much On Credit Sales? 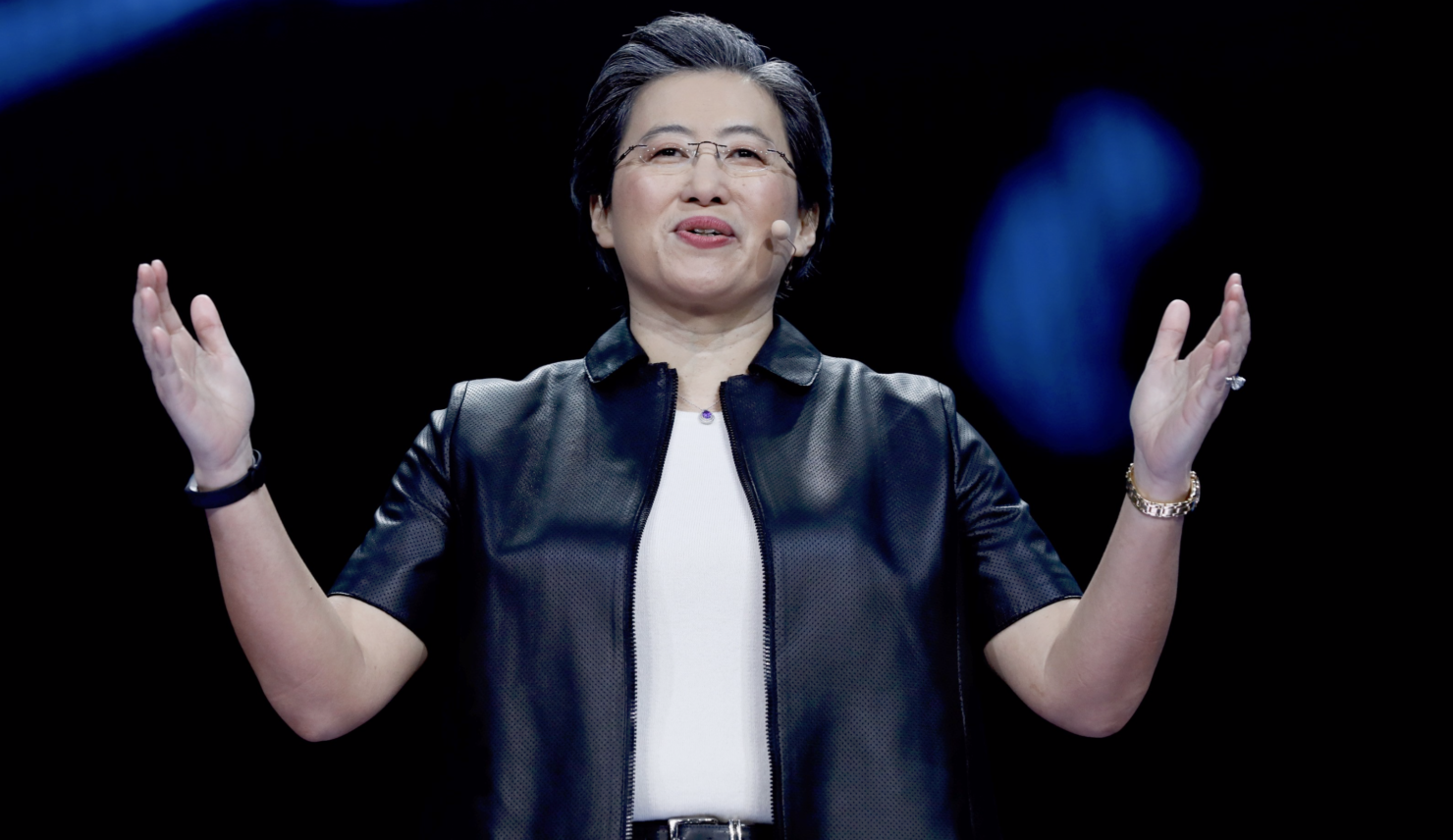 AMD C.E.O. Dr. Lisa Su delivering a keynote at the Consumer Electronics Show in 2019. Dr. Su is widely credited with resurrecting AMD from the dead, and is one of Harvard Business Review's top 35 global chief executives.

Semiconductor manufacturer and designer Advanced Micro Devices, Inc (NASDAQ:AMD) crossed its all-time high share price of $48 last week, after having outpaced the S&P 500 Semiconductor Index by more than 2x in the years between 2013 and 2018. AMD's addition of a 'Seventh Amendment' to its wafer supply agreement a year back allowed the company to source 7nm processors from any foundry that it chose without having to pay royalties to Global Foundries, who had dropped out of the 7nm race in 2018.

This opened up a world of new possibilities for the company as it could now take the ball directly to Intel's court in the process-node race. But despite the fact that AMD has gained massively on the open market these past few years, there are those in the industry who still believe that the company is heavily overvalued. Its Price/Earnings ratio, as of Tuesday, is 254, its Price/Cash Flow ratio is 311 and its Price/Sales ratio is 9. All three are at least ten times the sector median; a fact that shows the amount of faith (undue optimism?) the market has in the Santa Clara-based company known as the industry's underdog.

Analyst Vijay Rakesh of the Mizuho Financial Group is optimistic about AMD's future in a new investor note sent out today. He believes that delays in 10nm Ice Lake single-socket server market for Intel Corporation (NASDAQ:INTC) will allow AMD to perform strongly this year. As we've suggested before, AMD might be in for a big year in 2020 if it is able to ramp up orders for 7nm wafers from TSMC once Apple fully shifts to 5nm processors for the iPhone lineup.

Mizuho upgrades its stance on AMD to 'Buy' from 'Neutral' and increases the firm's price target to $55/share, from $38. The move sent AMD's share price rocketing to $49.94 in the day's trading, with the stock only falling below $49 after midday. AMD's current one-year high closing price is below $49.94, but the stock might not cross the 52-week high close as soon as some would hope.

An average of 42 analyst price targets seen by Wccftech shows that AMD has an approximately 21% downside potential, with the average price target standing at $38.61. Of the 42 analysts, 24 have a 'Hold' rating, and the price target average shows that Vijay is on the high-end of the analyst spectrum. He believes that AMD's server market share will rise to 9.1% at the end of this year, with upcoming console launches from Microsoft Corporation and Sony Interactive Entertainment to further prove beneficial for AMD. 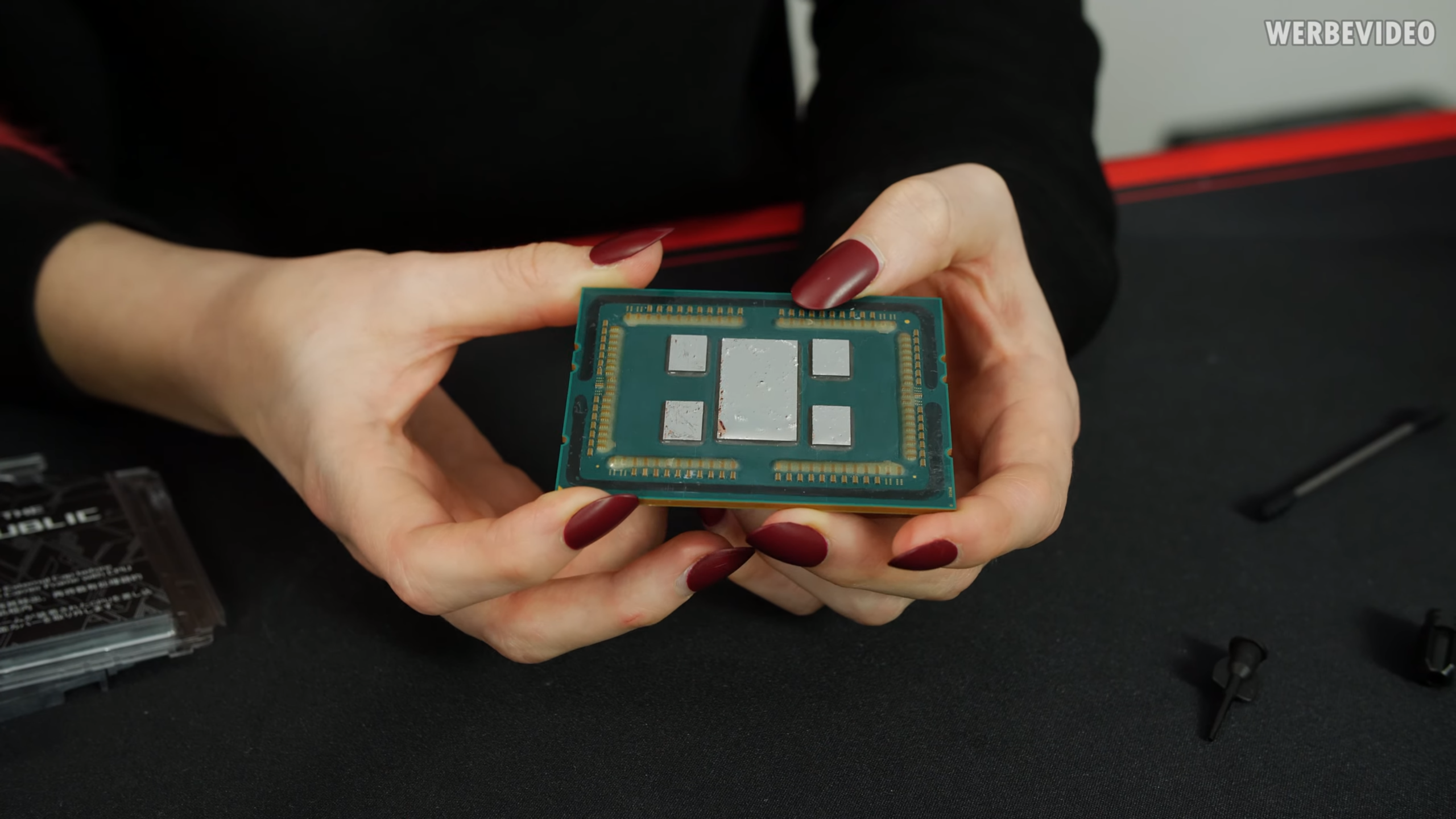 Optimism On Threadripper Sales Translates Into Optimism For AMD In 2020 - But Will Company Improve On Critical Balance Sheet Metrics?

AMD's Threadripper launch will fully show its impact on the balance sheet once results for the company's first fiscal quarter for 2020 are out, as opposed to making its presence known on the company's upcoming earnings for the fourth quarter of the fiscal year 2019. Threadripper, combined wth healthy optimism for the server market and 7nm application processing units has fuelled Wall Street optimism for AMD (NASDAQ:AMD); optimism exhibited by Mizuho's upgrade today.

However (and there's always a but), this faith might be ignoring hard realities exhibited in the company's balance sheets for the first three fiscal quarters of 2019. For its financial year that ended in December 2018, AMD reported $337 million in Net Income. This was reduced to $34 million in net cash provided by operating activities, as the company took a massive $806 million hit from receivables and $151 million hit from inventories in its cash flow statement. Both of these show that while AMD did post positive net income for the first time since 2011, the company did so on the back of credit sales as AMD's net Account Receivables increased from $456 million in 2017 to $1.235 billion in 2018.

Advanced Micro Devices had $1.393 billion in Accounts Receivable and $1.040 billion in Inventory at the end of September 2019.

Adding up AMD's Inventories and Accounts Receivables at the end of September 2019 and dividing the sum by its current assets shows that the two line items mark for 62% of the entire category. This calculation lets us account for the scope of AMD's primary competitor in the CPU arena, the technological behemoth also referred to as Intel Corporation (NASDAQ:INTC) and the company's primary competitor in the graphics processing unit arena, Nvidia Corporation (NASDAQ:NVDA) which has three times the total assets of AMD (Intel is 25 times bigger than AMD (NASDAQ:AMD), for reference).

Crunching the numbers shows that Intel's receivables and inventories are 39% of the company's current assets, and Nvidia's two line items represent 20% of its current assets. This goes without saying that AMD should be the one who's the leanest of the three companies, since both Intel and Nvidia have larger cash piles to rely on for tough times, with Nvidia's cash pile of $9.765 billion being the largest of the three.

To conclude, there's no doubt that AMD has a big year ahead. It's leaner than Intel is, and with the latter's 10nm-based desktop chips expected by no earlier than the year's second half, its open hunting season for AMD. Advanced Micro Devices, Inc closed at $48.97 today, up by 2.38% over yesterday's close following today's upgrade. The company is currently trading at $49.02 in after-market hours, and its 52-week high close is $49.10.