AMD has started shipment of its Llano Fusion based APU's (Accelerated Processing Units). The chips are most likely to be demonstrated or showcased at the Computex 2011 event starting tomorrow. Zol.com.cn has managed to get some interesting details on the Llano Fusion A-Series chips.

A few CPU-z screenshots were posted on the forums which show two A-Series Llano Fusion APU's running at Core clock frequencies of 4Ghz. The amazing part is that the speed was achieved on the stock Vcore of the chips. The chips used included an A8-3850 and A6-3600. Both are Quad Core variants however to achieve the 4Ghz speed, the chips were reduced to only One functional core. The AMD Llano already consume lower power. We already discussed the 2.9Ghz A8-3850 here. 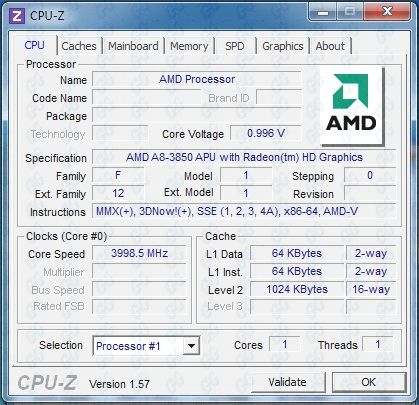 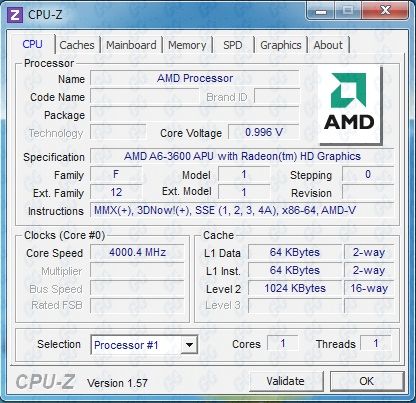