Recently, Wccftech discussed how both Marvel Avenger's and Necromunda: Hired Gun utilize NVIDIA's DLSS and AMD's FSR technologies to upscale graphic quality and where each fell in quality or increased quality of each title. We also mentioned that the AMD FSR technology was open source, allowing anyone to view the code and essentially alter the code to see what the technology can do.

Unfortunately however, it lookslike the FP32 fall back is slower with the native FP16 implementation having a 7% speed advantage in FSR.

CapFrameX altered the AMD FSR coding when using a newer and more powerful Radeon RX 6800 XT GPU that utilizes the Nav 21 GPU. The Radeon RX 6800 XT is capable of running half precision computations, but they wanted to see what the output would be if the AMD FSR coding was altered to force the card to running single precision. To do this, CapFrameX "used a 'SciFiHelment' sample running at 4K in FSR Ultra Quality" reports VideoCardz.

What the testing showed was that there was a seven percent increase when utilizing FSR 1.0 in FP16 computations. This is a very small increase from switching between half precision and single precision acceleration. This matters because older GPUs like the AMD RX 400 and RX 500 series (polaris based) do not support native FP16. Older NVIDIA GPUs like the GTX 900 series also dont support the same while Intel's integrated GPUs don't either. What this essentially means is that if you are using FSR on any of these older GPU models expect a very slight single digit performance loss when compared to newer generations of graphics cards. 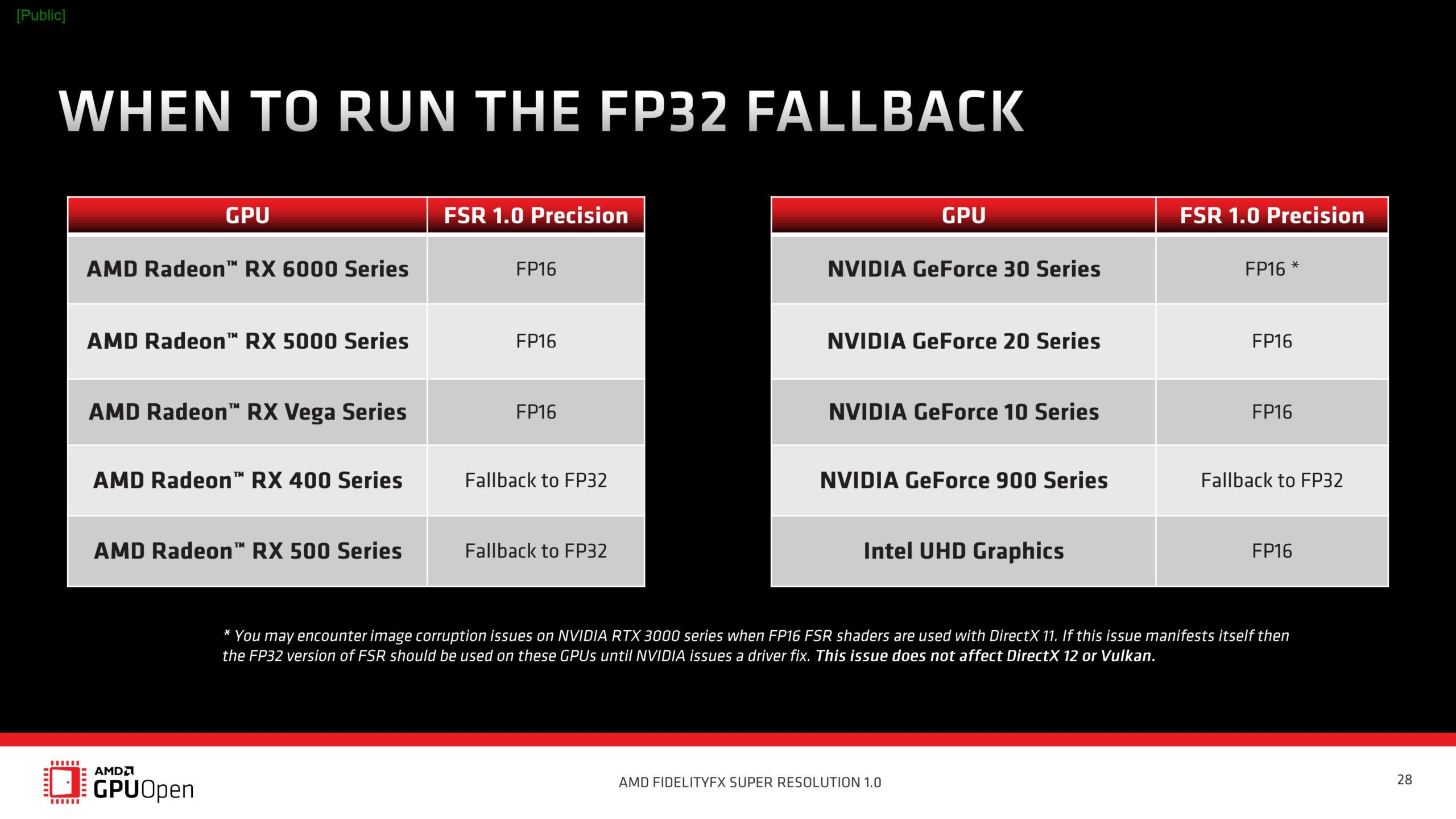 You can find the AMD FidelityFX Super Resolution source code on GPU Open.