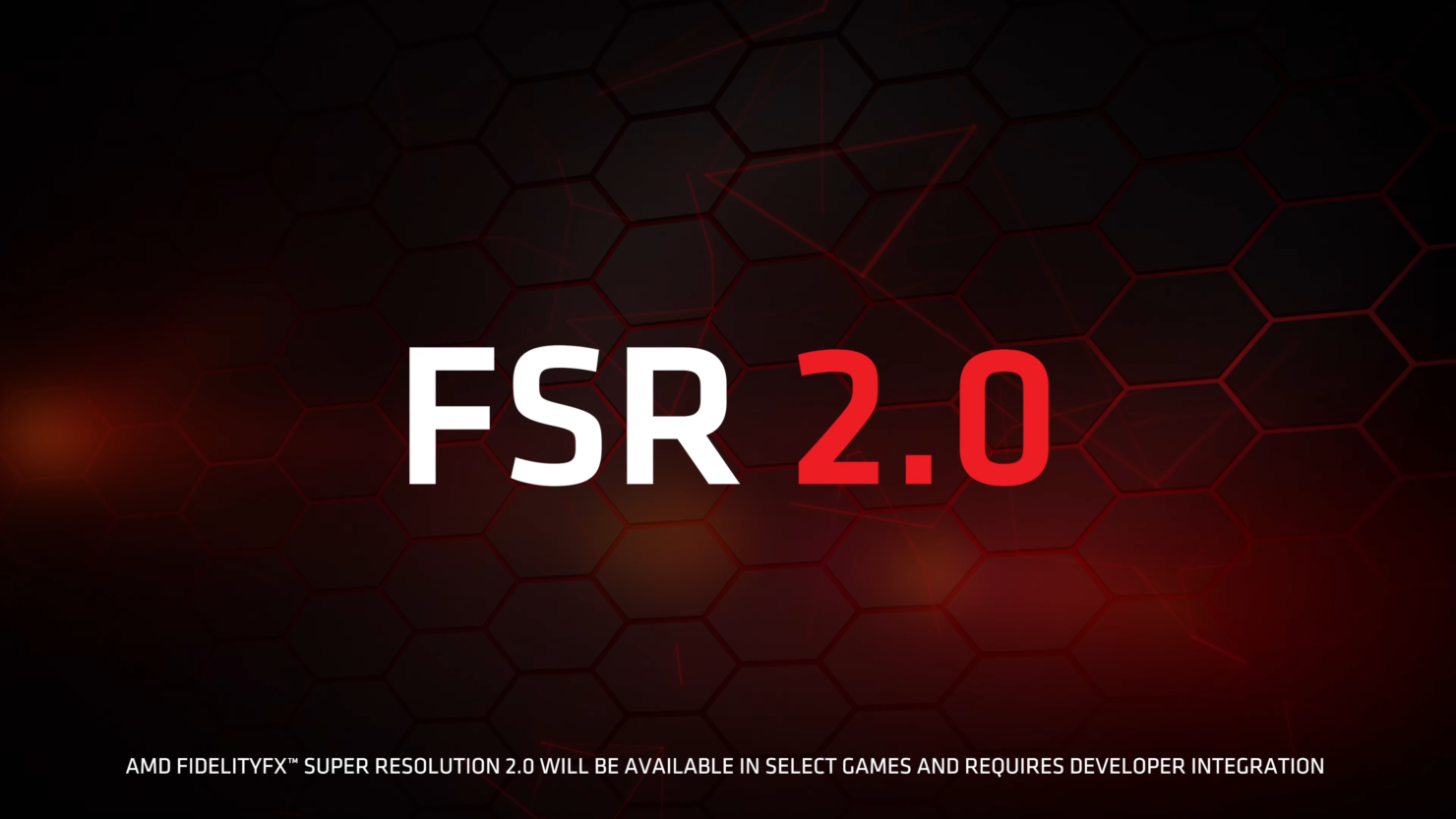 AMD has officially announced its next-gen FSR 2.0 'FidelityFX Super Resolution' technology that will be incorporated in the latest AAA games. The new technology will be launching in Q2 2022 but we have a first look at what you can expect from the latest FSR implementation.

Press Release: AMD launched FSR 1.0 last year to very high levels of anticipation, and it quickly became our fastest adopted software product ever¹, giving large performance improvements compared to rendering at native resolution and keeping a high level of visual fidelity. We’ve never stopped investigating better solutions to help you make better games though, so you should not be surprised to hear we have upscaled the quality of our upscaling solution! We are genuinely excited overall we have achieved with FSR 2.0 technology, and we cannot wait to share it with you soon, here on GPUOpen. 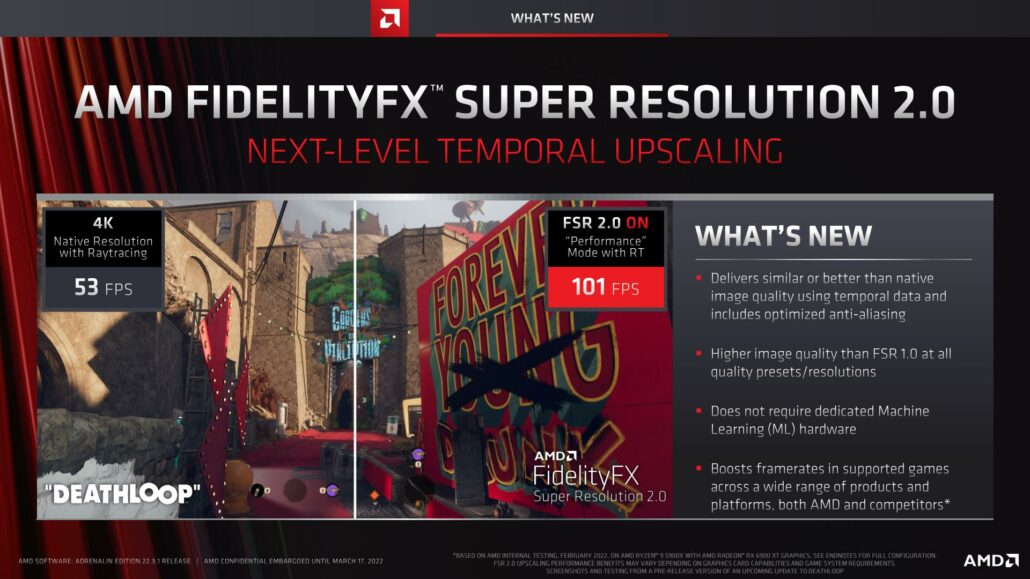 But before we spill a bit more detail on FSR 2.0, to set the scene let’s take a look back at FSR 1.0 first. 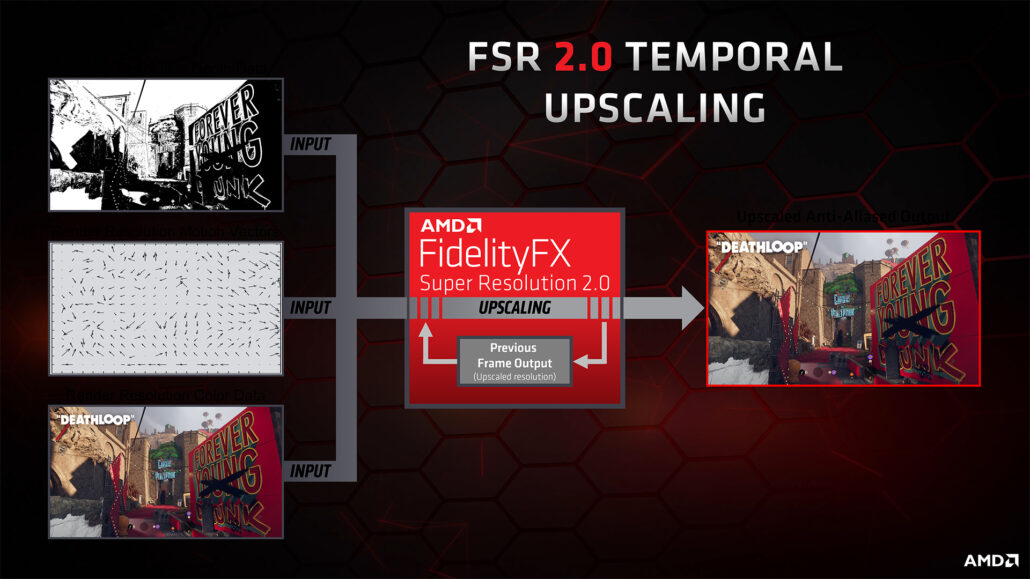 FSR 1.0 is our best-in-class open source spatial upscaling solution for producing high-resolution frames from lower resolution inputs. Designed for high performance and easy integration, it uses a collection of cutting-edge algorithms with a particular emphasis on creating high-quality edges.

Over 80 games and engines have already adopted or are adopting FSR 1.0 right now. The cross-platform codebase allows availability on PC across multiple vendor GPUs, as well as consoles and mobile gaming. It has also just become available in the latest Radeon Adrenalin driver as Radeon Super Resolution³, bringing the benefits of FSR 1.0 to games that don’t natively support it.

Spatial upscalers have a lot of advantages, but they can have some limitations too.

FSR 2.0 is the result of years of research from AMD and is developed from the ground up. It uses cutting-edge temporal algorithms to reconstruct fine geometric and texture detail in the upscaled image, along with high-quality anti-aliasing.

Like FSR 1.0, FSR 2.0 does not use Machine Learning (ML) in its upscaling algorithm. While ML is one vehicle to solve a number of problems, it is not a requirement to achieve good quality upscaling. Therefore, FSR 2.0 does not require dedicated ML hardware which means more gamers can benefit from it. FSR 2.0 will work across a wide range of products and platforms, and like FSR 1.0, that includes select competitor graphics cards.

May I have a sneak peek?

Our engineers have been working closely with engineers at Arkane to bring FSR 2.0 to DEATHLOOP.

Take a look below at the 1:1 single frame comparison comparing native 4K with FSR 2.0 Quality Mode.

It’s temporal, so I want to see it moving!

We have what you’re looking for right here, with this footage (best viewed at its full 4K resolution) from DEATHLOOP:

When is FSR 2.0 going to be available?

We will make FSR 2.0 available via GPUOpen at some point soon in the foreseeable future. The tech will be out in Q2 2022 and will work with AMD Radeon, NVIDIA GeForce, and Intel Arc GPUs too. 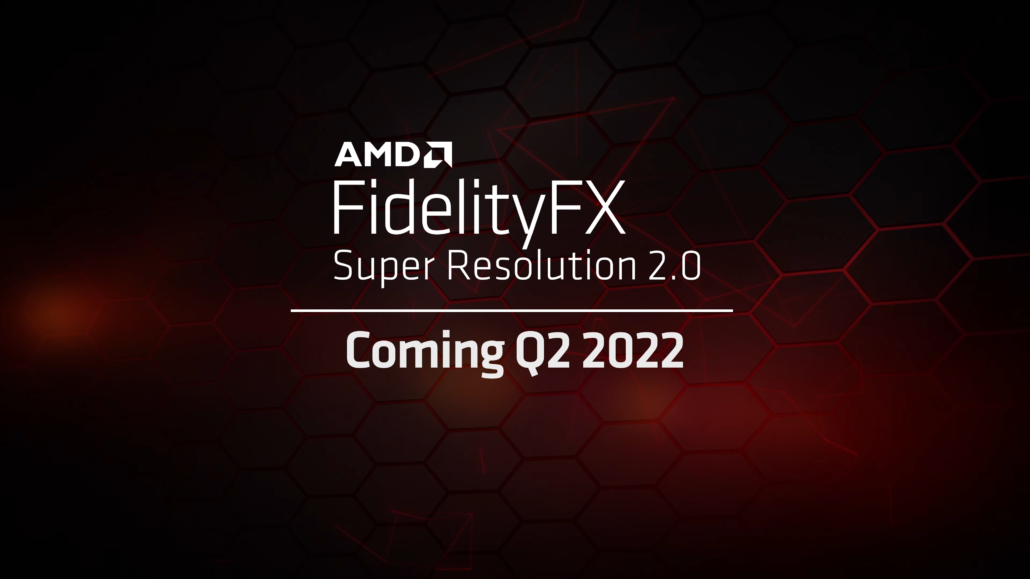 I want to know more already!

We’ll be sharing more about FSR 2.0 in due course, but don’t miss our GDC talk on March 23 10.30 am PT where engineers Colin Riley and Thomas Arcila do a deep dive explaining exactly how FSR 2.0 works in great detail. You also won’t want to miss AMD’s Lou Kramer and Arkane Lyon’s Gilles Marion talk either: A Guided Tour of Blackreef: Rendering Technologies in Deathloop which starts at 9 am PT just before.

Not able to do GDC? The videos for both presentations will be available here on GPUOpen shortly afterward, along with all our other GDC sessions plus some extras, so keep a close eye out! You can also find out a bit more from the official AMD FSR 2.0 announcement as well.