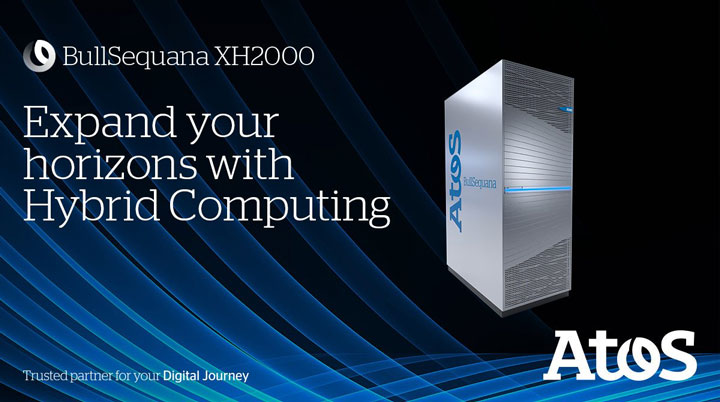 AMD EPYC Rome processors which will be the first to utilize the brand new 7nm process node are tapping in more deals from supercomputing companies even before its launch. The latest reports come from Finland where Atos announced their new BullSeqyuana X line of supercomputers with one utilizing as many as 200,000 AMD EPYC Rome cores for HPC purposes.

According to the details, Atos will have two supercomputers made with diverse purposes. Their first phase would involve an Intel Cascade Lake CPU, and NVIDIA Tesla GPU powered setup known as the BullSequana X400 and that is expected to be completed by 2019. In 2020, the company will finish working on their AMD EPYC Rome powered BullSequana XH2000 with total processing out-put of 11 Petaflops.

Atos is excited to reinforce the partnership with AMD with the planned launch of an EPYC Rome blade for our new BullSequana X2410 next year,” said Agnès Boudot, Vice President HPC & Quantum at Atos. “The HPC market was waiting for a new compute engine, offering higher memory bandwidth to increase application performance efficiency. The EPYC family will greatly complement our solution’s portfolio.”

AMD welcomes the announcement by Atos of their upcoming BullSequana X supercomputing system with AMD EPYC processors,” said Scott Aylor, corporate vice president and general manager, AMD datacenter products. “As a global leader in high performance computing, Atos is perfectly suited to deliver on the promise of the EPYC product line and the industry’s first 7nm datacenter CPU coming to market from AMD next year.”

This would result in a total of 6.4 Petaflops of computing performance which is five times higher than their current supercomputer. The system will be aiming for bandwidth and compute-intensive HPC tasks which make sense for the high amount of memory and cores available on the supercomputer. The supercomputer is expected to cost $44.2 million to develop and would be finished by 2020. In addition to this, AMD has also tapped in a deal with the US Department of Energy for the development of their Perimutter supercomputer which will be housing AMD's next-gen Zen 3 based Milan CPUs along with NVIDIA's next-gen Tesla GPUs, more details on that here.