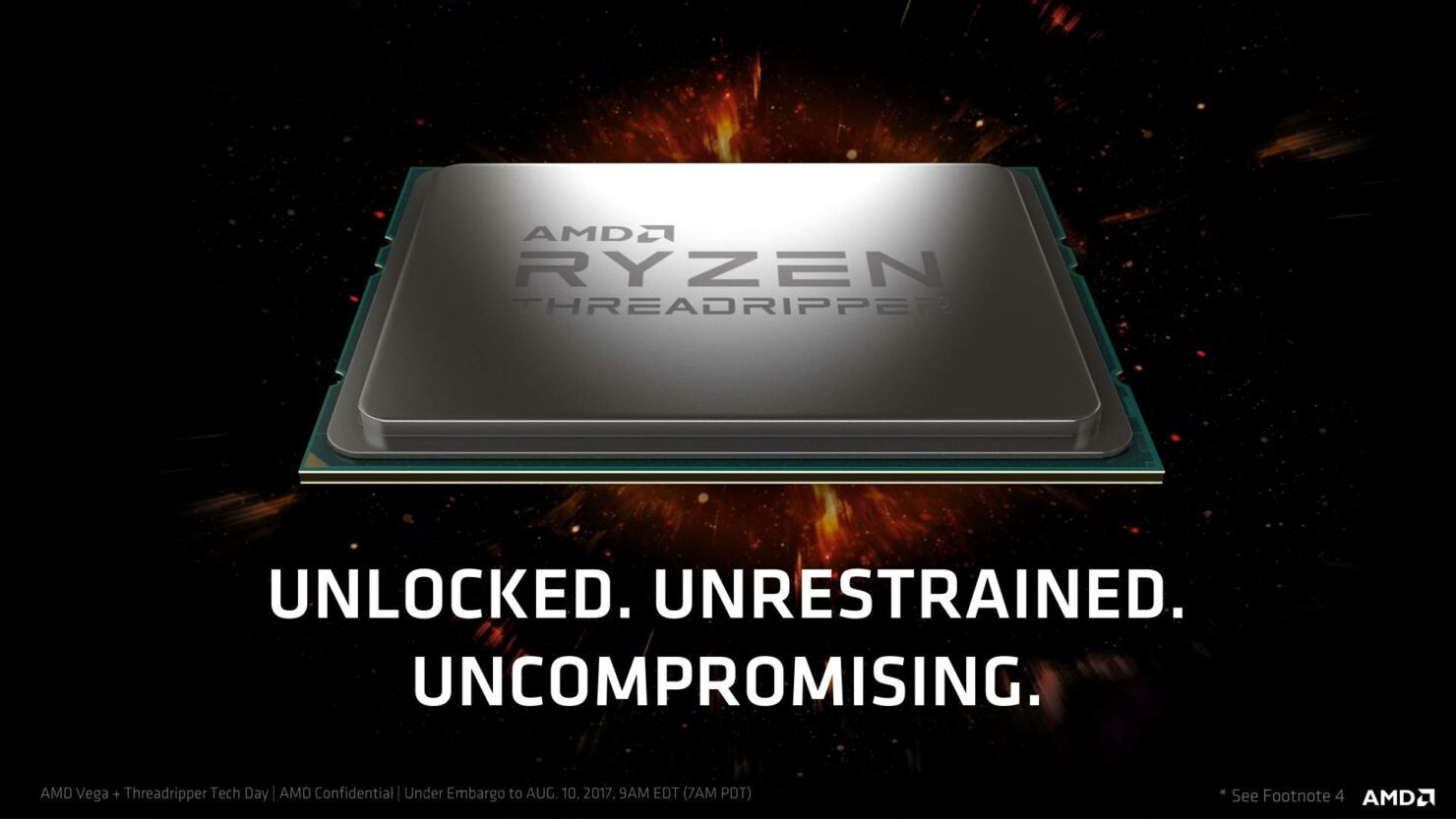 What if I told you that the world's fastest desktop processor available today was never originally planned? That's right, in a revealing interview with Forbes, AMD'ers Sarah Youngbauer and James Prior revealed that the company's pride and joy, Ryzen Threadripper, was developed by engineers in their spare time.

"It's not really a story of roadmaps and long-term planning or huge R&D budgets - it's a lot more personal than that and stemmed from a skunkworks project and a small group of AMD employees who had a vision of a processor they'd really want in terms of a high-performance PC,"

"They worked on it in their spare time and it was really a passion project for about a year before they sought the green light from management, which is quite unusual - it was something they really cared about. The result, several years later was Ryzen Threadripper."

The plan to bring a 16 core desktop processor to market hadn't existed when Ryzen was first conceived. Engineers at AMD looked at Ryzen and saw the potential to create an "awesome" product that they would want to buy and set on creating that product in their spare time as a side project. Several months later they decided to bring that project to AMD's SVP of computing and graphics, Jim Anderson and he loved it.

"Myself and a few others were in a very cross-functional team that get together for various different projects and as we got the first hints of what the Zen core performance and efficiency were like and started looking at the internal roadmap, which is a constantly changing thing and noticed a gap between Ryzen and EPYC."

"So we put together this skunkworks team where we had platform architects, people that deal with core design, business unit, marketing team, to work out how to use what's already here and to go to the boss - Jim Anderson and say we'd like to do this,"

"I thought it was fantastic! I was really blown away when we worked out we could actually build it - I came into the industry as a CPU architect and it was the kind of product I'd love to build,"
"We were building it because we knew it was awesome, because we could, and to make it the best product we could, even the name had to be big."

So in essence, Threadripper was genuinely designed for hardware enthusiasts by a bunch of passionate hardware enthusiasts, that happened to be engineers. But, it wasn't easy. This small team had to figure out how to go about designing this 16 core monster chip with very little resources. And that's when it clicked, Infinity Fabric. The "glue" that connects AMD's Zen dies together in its server based EPYC chips.

That's when they realized they could use the existing technology and assets that the Zen design brings to the table with relative ease to create a high-end enthusiast product and bring it to market as quickly as they did.

"The efficiency in manufacturing came from the fact that we didn't need entire wafer runs just to produce Threadrippers, we could use Ryzens… It meant we didn't need millions of dollars for this one design; we found a way to use our existing great product and make it even more powerful," said Prior.

"You can consider the resulting size of the CPU to be a negative aspect - the size of the socket, the heatspreader and number of pins, but it turns out it was a blessing in disguise. We could use the same socket as Epyc and just re-wire things. We'd already defined all the supply and ironed out the issues for Epyc, and this made it really easy to persuade our motherboard partners"

And that's how it all came together and Threadripper was born. This is a unique example of when AMD's limited resources and small size were assets rather than liabilities. It pushed engineers to think outside the box and bring an incredible product to the market at substantially lower cost and short development time. The Threadripper story reflects the positive corporate culture inside AMD, where people are motivated to build great products because that's what they actually want to do.