Rory Read, AMD's ex CEO who has been replaced by Lisa Su last year will be joining Dell as COO and president of global commercial sales. Bloomberg reports that in his new position Read will be reporting to Dell's Chief Commercial Officer Marius Haas. 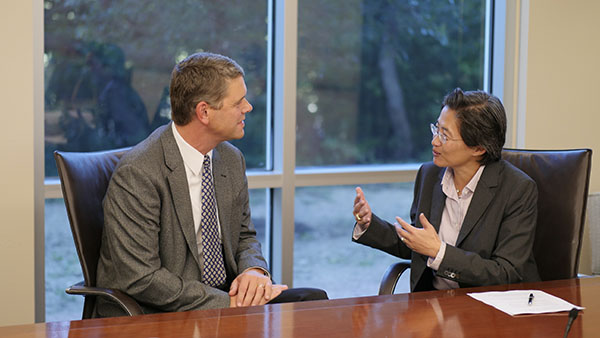 Rory Read held many executive positions at IBM before he stepped up to lead Lenovo in a difficult time for the company. Read's efforts launched Lenovo from the position of a marginal player in the industry to the strong leadership position the company holds firmly today.
Following that Read joined AMD as its President and Chief Executive Officer in 2011, a very turbulent time for the company. AMD was preparing to launch its brand new high performance x86 Bulldozer CPU microarchitecture. Unfortunately the new design that had been conceived under Read's predecessor Dirk Myer performed poorly in the market.

However, Mr. Read had somehow managed to navigate the AMD ship through rough waters very admirably. Rory was described at one point by John Byrne, AMD's ex SVP and head of the graphics and compute division as "an operational wizard". He quickly steered AMD to profitability and worked to secure its longer term success. Read led the charge on AMD's turn-around plan that focused on diversifying the company's portfolio outside the generally shrinking PC market. As CEO Read was very successful in doing so, deriving up to 40% of AMD's revenue from non-PC markets. A number that is expected to grow to 50% by the end of next year.

The semiconductor industry business cycle is a relatively long one. Read's most crucial efforts will only be made clear in the next couple of years. When the company's brand new CPU ( Zen and K12 ) and GPU IP, conceived under Read, begin to ship to customers. Read's new position at Dell could also prove to be beneficial for both Dell and AMD. As he had led AMD's recent breakthrough into the commercial market. It'll be a worthwhile prospect to follow both companies and see what they come up with in the future.