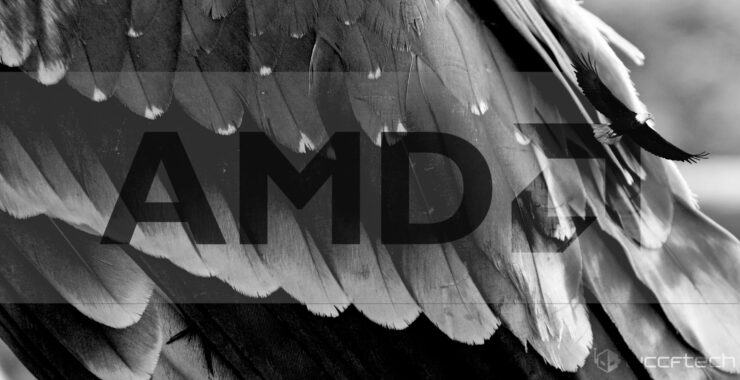 AMD's new Avian nomenclature is based on various birds. There is no known connection between birds and silicon processors (as far as we know).

A few details regarding AMD’s upcoming APU platforms have leaked out and I thought it would be worth doing a short piece on them. When I say upcoming, I am talking not only about the upcoming 14nm lineup that will be rocking the Zen architecture but also next generation processors based on the 7nm node. AMD will be shifting to a completely new nomenclature branding its APU series and this time it will be based entirely on species of birds. We have already heard about the upcoming Gray Hawk APU and now it’s time to add to the list.

AMD has always chosen very interesting nomenclatures for its products. While other semiconductor companies usually have systematic (and boring) nomenclatures based on an alphanumeric sequence AMD has always opted for naming its pet products. The Avian nomenclature series is no different and while it starts from the 14nm process, it carries on into the 7nm node as well. We don’t know a lot of details about it at the moment but we do know that this is primarily an APU series. The following are the leaked codenames that are part of the Avian roadmap:

From the information revealed so far, Horned Owl and Banded Kestrel are both part of the mainstream APU roadmap and will be built on the 14nm FinFET process from GlobalFoundries/Samsung. Horned Owl is the mainstream portion that will be succeeding the Raven Ridge platform that we have talked about previously before while as Banded Kestrel is a lower tier platform with roughly half the specifications of Horned Owl. Both platforms will be primarily targeted at the embedded market and will therefore be packaged for the FP5 BGA socket. The compute side should be based on Zen architecture. According to SemiAccurate however, the later will supposedly be landing on the desktop side as well on the AM4 socket.

Next on we have Snowy Owl which is a server class APU based on a cut down version of the Naples processor, which is itself based on the Zeppelin die. There hasn’t been explicit confirmation of the fact but since Naples is based on Zen cores, it’s a safe assumption that Snowy Owl will also be rocking the Zen architecture as opposed to the next-next generation Zen+ uArch. Snowy Owl will be manufactured on the 14nm FinFET process and the honor of fabricating it should fall to GlobalFoundries/Samsung as well. It is worth mentioning here that both Naples and Snowy Owl are attempts by AMD to gain a signficiant market share in the server market. Since the Sunnyvale chip maker finally has a competitive architecture in place, it has its sights set on as much as 85% of the server market through the use of Snowy Owl and Naples.

Finally, we have Gray Hawk. We have already covered Gray Hawk in detail before but I will go through it one more time just for the sake of thoroughness. The Gray Hawk APU will be the next-next generation APU built on the 7nm process and will be rocking the Zen+ architecture. This uArch is the successor to the upcoming Zen architecture and will be manufactured on either TSMC’s or GloFo’s 7nm process. Since that covers practically all of the pure play foundries, AMD has its options wide open thanks to the amended WSA contract with GlobalFoundries and the capital necessary thanks to its seasoned offering earlier this quarter.